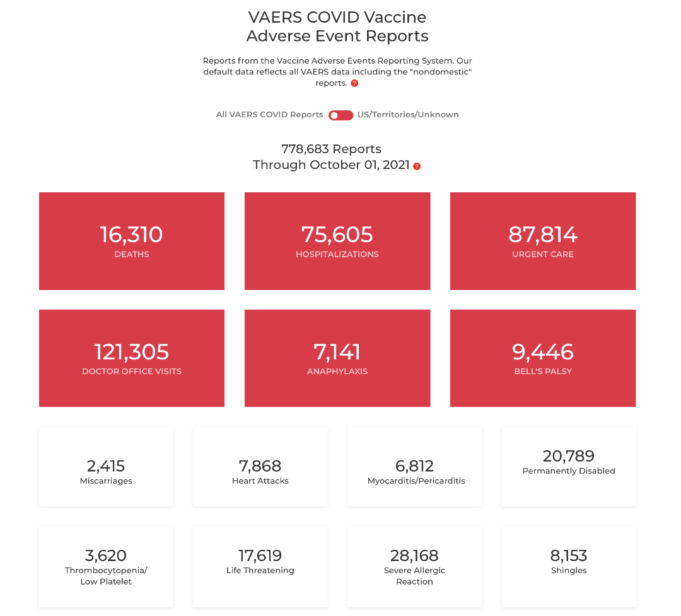 “I say to those of us in America, we need to call a meeting of our skilled virologists, epidemiologists, students of biology and chemistry, and we need to look at not only what they give us. We need to give ourselves something better.”

America’s Vaccine-Only Covid-19 policy and its conversion into a full-fledged police state to enforce that policy has made it the worst place on Earth to suffer the effects of the virus. With the so-called “vaccines” now proven to be an utter failure and killing at least 16,000, the state of Florida has made a bold move with the appointment of Dr. Joseph Ladapo as the state’s new Surgeon General and Secretary of the Florida Department of Health.

Born in Nigeria, he came to this country at the age of 5 with his family.  His father, a microbiologist, came here to continue his studies.   The 45-year-old Black man holds a Harvard Medical School degree in Internal Medicine and a PhD in Health Policy from Harvard Graduate School of Arts and Sciences.   His primary research interests include reducing the burden of cardiovascular disease and ending tobacco use.  He and his wife are the parents of three young children.

Dr. Ladapo came to public attention as part of a group of physicians called America’s Frontline Doctors, which stepped forward early last year and exposed the fact that successful Covid-19 treatments were being suppressed by the corporate-controlled American government, media and health care system.  Dr. Ladapo opposes  the mandatory vaccines, mask mandates, lockdowns that have been imposed by elected officials on the federal, state and local level.

No laws have been enacted requiring these methods.  The National Institutes of Health (NIH), Centers for Disease Control (CDC), the Food and Drug Administration (FDA) are all administrative agencies  with no power to make law.   All of these corporate-controlled government agencies are accused of implementing a depopulation program rather than a health care system and are named defendants in multiple lawsuits

A medical doctor and scientist, Dr. Ladapo insisted that science, not fear, must drive public policy:

“We’re done with fear. That’s been something that’s been unfortunately a centerpiece of health policy in the United States ever since the beginning of the pandemic, and it’s over here(Florida). Expiration date. It’s done.”

Dr. Ladapo vigorously defends the individual human right to reject being vaccinated. “Vaccines are up to the person. There’s nothing special about them compared to any other preventive measure,” he noted during Governor Ron DeSantis’ September 21 press conference announcing his appointment: “It’s  been treated almost like a religion, and it’s just senseless. There are lots of good pathways to health and vaccinations are not the only one,” he stated. They include losing weight, exercising more, and eating more fruits and vegetables.”

He emphasized that Florida will completely reject fear as a way of making policy in public health.

Dr. Ladapo also opposes mask mandates and lockdowns.  “Viruses inevitably spread, and authorities have oversold face coverings as a preventive measure,” he penned, in an opinion piece for the Wall Street Journal entitled “Masks Are a Distraction From the Pandemic Reality” (10/28/20).

“A hallmark of Covid-19 pandemic policy has been the failure of political leaders and health officials to anticipate the unintended consequences of their actions.  This tendency has haunted many decisions, from lockdowns that triggered enormous unemployment and increased alcohol and drug abuse, to school closures that are widening educational disparities between rich and poor families. Mask mandates may also have unintended consequences that outweigh the benefits.”

“Most of the randomized trials of community or household masking have shown that wearing a mask has little or no effect on respiratory virus transmission,” he cited from a May 2020 review published in the CDC’s journal, Emerging Infectious Diseases, the Centers for Disease Control.

“In March (2020), when Anthony Fauci said, ‘wearing a mask might make people feel a little bit better but it’s not providing the perfect protection that people think it is,’  his statement reflected scientific consensus, and was consistent with the World Health Organization’s guidance. Almost overnight, the recommendations flipped. The reason? The risk of asymptomatic transmission,” wrote Dr. Ladapo.  “Health officials said mask mandates were now not only reasonable but critical. This is a weak rationale, given that presymptomatic spread of respiratory viruses isn’t a novel phenomenon in public health.   Asymptomatic or mild cases appear to contribute more to Covid-19 transmission, but this happens in flu cases, too, though no one has called for mask mandates during flu season.”

He concluded that “Shifting focus away from mask mandates and toward the reality of respiratory viral spread will free up time and resources to protect the most vulnerable Americans.”

The growing resistance army against America’s Covid-19 aggressive, hostile vaccination campaign argues that the numbers of cases across the country are skewed to promote fear, but even then, the skewed numbers in Florida should be exploding, not decreasing at twice the rate compared to America as a whole.  They contend that statistics indicate the decline, which began before Dr. Ladapo’s appointment, stems from Florida’s abandonment of masks, social distancing, and shutdowns long ago.

Nationwide, the CDC claims that the number of people now in the hospital with COVID-19 has fallen to somewhere around 75,000 from over 93,000 in early September. New cases are on the downswing at about 112,000 per day on average, a drop of about one-third over the past 2 1/2 weeks.  Deaths attributed to the virus are also declining, averaging 1,900 a day versus more than 2,000 less than a week ago, the Associated Press reported on October 1.

Dr. Ladapo harshly criticized his colleagues in the healthcare system, saying that their failed approach to treating COVID-19 “was a direct result of scientists—my colleagues, some of them—taking the science and basically misrepresenting it to fit their agendas, their interests, what they wanted to see people do. …And this idea that people don’t get to make their own decisions on issues of health related to their own their own personal health is wrong, and it’s not something that we’re going to be about.”

«We all have opinions. We all have a perspective, and we’re absolutely entitled to those perspectives.  What’s been happening over the past year is that people have been taking the science and they’ve been misrepresenting them,” continued Dr. Ladapo. “They have been using the science, and it’s been unclear when your discussion about the science ends and discussion about how you feel about the science and what you want people to do with the science begins…You’ll know when we’re talking about data, and you’ll know when we’re talking about our opinions, our impression, our preferences about the data that will always be clear here. So, you can count on that.”

It is a far, refreshing cry from America’s scare tactics, bribery, coercion, and bullying by her minions to make people to take these injurious, often fatal injections.

The CDC’s own VAERS database has recorded the damage, injuries, and deaths as a result of the failed and dangerous “vaccines.” Out of 752,801 reports, which studies show represent a small fraction of actual events, there have been 15,937 deaths, over 71,000 hospitalizations, over 85,000 people have gone to urgent care, and over 20,000 have been permanently injured.  There have been 117,838 doctor visits, 6,737 anaphylaxis (severe allergic reactions) and 9,035 cases of Bell’s Palsy (which causes facial paralysis); 2,262 miscarriages; 7,582 heart attacks, 6,812 cases of myocarditis/pericarditis (heart inflammation and inflammation of the outer lining of the heart).

All of this, yet the “vaccine” does not stop transmission, hospitalization, or deaths from the virus. Prior to Covid-19, when a persons was infected after injection it was referred to as “vaccine failure”.  Now its called a “breakthrough”. The CDC reports that it began collecting data on “breakthrough” Covid infections on May 1.  But so many people reported infection from the virus after being vaccinated, the agency changed the focus of how it uses the data, according to an online update on September 7.  It stopped reporting the total number of “breakthrough” cases and now reports only severe cases. The U.S. holds out its “vaccine” as the singular solution for Covid-19 but has the worst record for cases and deaths in the world.