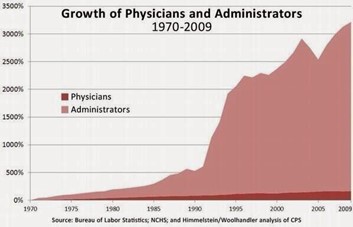 “We cannot improve upon the nature in which Allah (God) has created all beautiful things, yet we try…We cannot deny the fact that the Christian West is responsible for this universal corruption in the land and sea. From the same corruption that their own hands have wrought will come their doom.” —The Honorable Elijah Muhammad, Message To The Blackman

Over the last year and a half many people have died, many people have been deprived of proper healthcare, scared to death from something they could not see or understand. They were told that this virus was so new that there was nothing they could do, but go home and wait to turn blue, then come back to the hospital and be put on a ventilator until life ended.

As the war on individual and medical freedom intensifies, the truth is finally coming through.  Since the early days of the “pandemic,” a growing army of good doctors has garnered the courage to fight Big Pharma and powerful hospital administrators who threatened them into withholding treatment for those suffering the effects of the virus.

Big Pharma did not want doctors to properly treat you, so you would be forced to wait on and take their so-called “vaccines.”  Before they were officially deployed in December of 2020, the Honorable Minister Louis Farrakhan warned humanity to stay away from the “vaccines.”  He declared they were Death, a part of the U.S. Policy of Depopulation. He called for scientists to investigate what was in them.  Now we know that these so-called “vaccines” were not vaccines at all—as Moderna describes its own product, a “operating system like in a computer.”

And for all the death and injury they have already inflicted, these so-called vaccines do not even protect you from getting or spreading COVID-19. COVID-19 was and will be the excuse to boost you up with more of their “operating systems” to take control of your body. These mad scientists claim that their “gene therapy” will be better for you than your advanced, natural immune system given to you at birth, free of charge by Allah (God).   But a growing circle of doctors are uniting against this Pharma Beast.

A physicians’ summit was recently held in Puerto Rico (September 12 – 14) where medical professionals were given an opportunity to compare studies and assess the efficacy of the various treatments that have been developed in hospitals, doctors’ offices, and research labs throughout the world.  And, 3,000 of those doctors signed onto what was called the “Rome Declaration” presented to them by Dr. Robert Malone, architect of the mRNA vaccine platform.

The Rome Declaration states, in part:

“Thousands have died from Covid as a result of being denied life-saving early treatment. The Declaration is a battle cry from physicians who are daily fighting for the right to treat their patients, and the right of patients to receive those treatments— without fear of interference, retribution or censorship by government, pharmacies, pharmaceutical corporations, and big tech. We demand that these groups step aside and honor the sanctity and integrity of the patient-physician relationship, the fundamental maxim “First Do No Harm”, and the freedom of patients and physicians to make informed medical decisions. Lives depend on it.

We the physicians of the world, united and loyal to the Hippocratic Oath, recognizing the profession of medicine as we know it is at a crossroad, are compelled to declare the following;

WHEREAS, it is our utmost responsibility and duty to uphold and restore the dignity, integrity, art and science of medicine;

WHEREAS, there is an unprecedented assault on our ability to care for our patients;

WHEREAS, public policy makers have chosen to force a “one size fits all” treatment strategy, resulting in needless illness and death, rather than upholding fundamental concepts of the individualized, personalized approach to patient care which is proven to be safe and more effective;

WHEREAS, physicians and other health care providers working on the front lines, utilizing their knowledge of epidemiology, pathophysiology and pharmacology, are often first to identify new, potentially lifesaving treatments;

WHEREAS, physicians are increasingly being discouraged from engaging in open professional discourse and the exchange of ideas about new and emerging diseases, not only endangering the essence of the medical profession, but more importantly, more tragically, the lives of our patients;

WHEREAS, thousands of physicians are being prevented from providing treatment to their patients, as a result of barriers put up by pharmacies, hospitals, and public health agencies, rendering the vast majority of healthcare providers helpless to protect their patients in the face of disease. Physicians are now advising their patients to simply go home (allowing the virus to replicate) and return when their disease worsens, resulting in hundreds of thousands of unnecessary patient deaths, due to failure-to-treat;

WHEREAS, this is not medicine. This is not care. These policies may actually constitute crimes against humanity.”

From the onset of this so-called “pandemic” the public was led to believe that this “novel coronavirus” had the medical profession baffled. Fortunately, many doctors, including the Front Line COVID-19 Critical Care Alliance (FLCCC) developed treatment protocols that they used to save millions of lives, while their credibility and medical reputation were being smeared by the American Medical Association and their hospital privileges threatened by hospital administrators. Movies and television “soap operas” like “General Hospital,” created the impression that hospitals are run by doctors but that has changed drastically since the 1970s.

Dr. Kevin R. Campbell describes this drastic change in the healthcare landscape in his 2015 article, “The Rise of the Machine: How Hospital/Practice Administrators Have Assumed Control Over Healthcare”. He states: “In the past, physicians were responsible for both the business and practice of medicine.  While administrative personnel played an important and complementary role in practice and hospital management, physicians were the cornerstone.  In comparison, today the leadership structure in medicine is now an entirely foreign landscape.

Administrators DOMINATE medical practices today and, according to the New York Times, their salaries are responsible for a high percentage of medical costs.  While the numbers of physicians that are entering the workforce has trended toward a constant number (with little or no growth) the numbers of administrators have risen nearly 3,000 percent over the last 30 years. (See graph) However, now administrators have evolved into the overlords of medical practice and are now dictating how and when and where physicians and other healthcare providers work.”

So, the stage was set for a so-called “pandemic” with the hands of doctors tied by hospital administrators who forbade them to practice medicine and watch their patients be neglected, mistreated and finally die.

Dr. Elizabeth Lee Vliet, former director of the Association of American Physicians and Surgeons and current President of Truth for Health Foundation, was interviewed in a September 22, 2021, edition of The Epoch Times:

EPOCH TIMES: Lately, I hear that people who stand up for medical freedom, whether its doctors or patients, get labeled as anti-science or political dissidents.  Why?

DR. VLIET:   “…Ignaz Sammelweis made the observation that if you used a disinfectant before you performed surgery it would reduce infection.  He was labeled a heretic. Elizabeth Blackwell, first American woman to go to medical school, espoused handwashing between deliveries of babies.   It’s something so basic but she was labeled at dissident. …That’s exactly what we’ve seen in 2020.  All of us front line doctors who were practicing good medical principles of evaluating the patient, using the tools at hand and picking things based on a track record of safety that works for viruses, inflammation, blood clots, using medicines we have used every day of our career, were attacked.

While we were saving lives, all of the government spokespeople who were espousing the party line and criticizing us were the ones disobeying basic medical principles of early treatment and forcing everyone who got sick to wait until they were critically ill.  They were sending patients to a hospital to be put on a ventilator and that gave them a 30% risk of dying. They are guilty of causing an excessive number of deaths with policies that betray all the principles of medicine.”

Doctors are finally standing up against corrupt hospital administrators, the CDC, the FDA and this Big Pharma Beast, but we should have been warned. Minister Farrakhan has warned us “Separation or Death.” We must feed, clothe, house and take care of ourselves. We need our own land and our own hospitals. Being close to white people has never been safe.  Now it is more dangerous than ever because they have been thrown under the bus with us. But we don’t have to stay there and suffer with them.

“We want every Black man and woman to have the freedom to accept or reject being separated from the slavemaster’s children and establish a land of their own.” – The Honorable Elijah Muhammad —THE MUSLIM PROGRAM