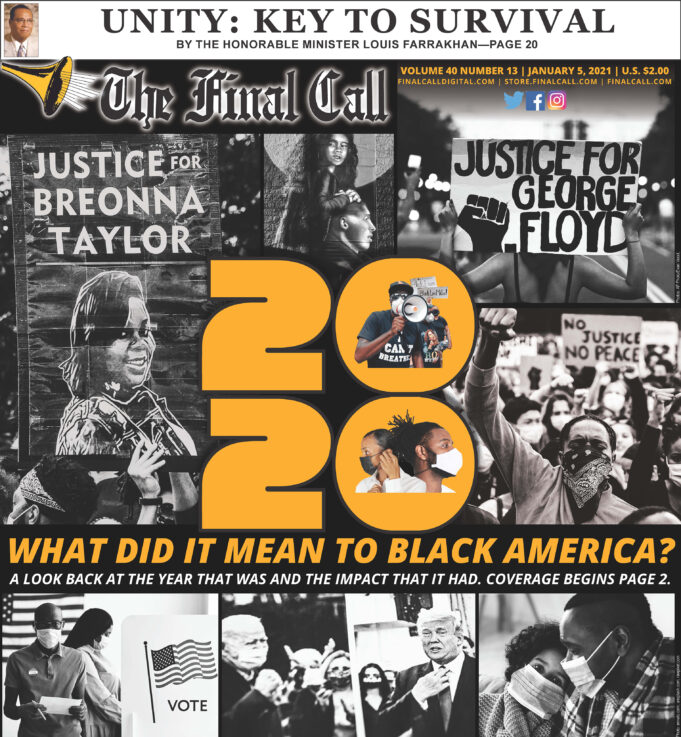 The racial awakening after the death of George Floyd didn’t prove as much of an arousal for mainstream media after all.

By contrast, Mr. Floyd’s murder and the global protests that ensued further espoused the importance of the Black Press, and again revealed the dire straits people of color face if there is no Black Press of America.

A new study released by the City University of New York’s Craig Newmark Graduate School of Journalism found that Black media publishes as much as six times more coverage than mainstream outlets on issues of importance to Black communities, including racism, health disparities, and voting access.

Released on October 6, the study, “Why Black Media Matters Now,” found that nearly one in four articles in Black media mentioned racism or related issues, as compared with less than one in 10 in mainstream media.

“Within coronavirus coverage, Black media wrote five times more on the disproportionate racial impact of the pandemic and nearly twice as much on frontline and essential workers,” CUNY researchers found.

The study concluded that Black media “stood out in its focus on a variety of other health issues of particular relevance to Black communities, including maternal health, hypertension, diabetes, HIV/AIDS, and sickle cell disease.

“It also led the way in coverage of voting access, racism, and stories that humanize the individuals and groups in the news,” the authors wrote.

The authors paid homage to the Black Press of America, whom the National Newspaper Publishers Association (NNPA) has represented for more than 81 years.

“On March 16, 1827, in New York City, a group of free Black men founded Freedom’s Journal, the first newspaper owned by, led by and for Black Americans in the United States,” the authors wrote.

They noted that, in that inaugural four-page broadsheet, Samuel Cornish and John Russwurm, the editors and proprietors noted, “The peculiarities of this Journal, render it important that we should advertise to the world the motives by which we are actuated, and the objects which we contemplate. We wish to plead our own cause. Too long have others spoken for us. Too long has the public been been deceived by misrepresentations, in things which concern us dearly. …”

The clear intention laid out in this founding document spoke to the need for Black press and set the tone for the role Black media still play in our communities and Black society at large, CUNY researchers exclaimed.

“Nearly 200 years later, Black media continue to create a space where Black folks can speak for ourselves about issues of importance and combat stereotypes that harm us,” the researchers continued.

This role of the Black press was both needed and visible over the past 18 months when the convergence of the worst pandemic in U.S. history and state violence both were disproportionately impacting Black Americans, the researchers further acknowledged. This report, a comparative content analysis of the Black press and U.S. mainstream media, shows the ways that Black media have continued the tradition started by the Journal in a contemporary context.

Black media center the humanity of people who are often dehumanized by society and not given that by mainstream media, the report stated.

Also, Black media accurately call people killed by police brutality victims, sons and daughters. That thread of empathy and recognition of everyone’s humanity and dignity was first stitched in the Freedom’s Journal, the authors penned in the study.

Freedom’s Journal noted, “And while these important subjects shall occupy the columns of the Freedom’s Journal, we would not be unmindful of our brethren who are still in the iron fetters of bondage. They are our kindred by all the ties of nature; and though but little can be [affected] by us, still let our sympathies be poured forth, and our prayers in their behalf, ascend to Him who is able to succour them.”

The researchers concluded: “Black media were important in 1827, and they are just as critical today.”

Some of the highlights of the report include:

• Black media publishes, by a factor of as high as six times, more coverage than mainstream media on issues of importance to Black communities, including racism, health disparities, and voting access.

• Nearly one in every four (23 percent) articles in Black media mentioned racism or related issues, as compared with less than one in ten articles (8 percent) in mainstream media.

• The issue of voting access was included in 12 percent of all politics stories in Black media, which is more than twice the percentage for mainstream media (five percent).

• Black media leads the way on stories related to racism, putting focus on these stories at higher levels and earlier in the news cycle than mainstream media.

• Black media centers the community in coverage and humanizes the individuals and groups in the news.

• Black media used the word “Black” frequently in coverage, in an explicit naming of Black people and communities in reporting the news. The word “Black” was consistently in the most frequently used 100 words across various topics, and in many cases was uniquely prevalent when compared with the top words used by mainstream media.

• Black media consistently had certain social identities emphasized for a variety of topics—community, family, women, and children foremost among them. Mainstream media did not use these words with similar frequency.

• Black media provides historical context to present day challenges. This is done by explicitly including historical events in related breaking news, as well as by linking related news events such as police killings of Black people.