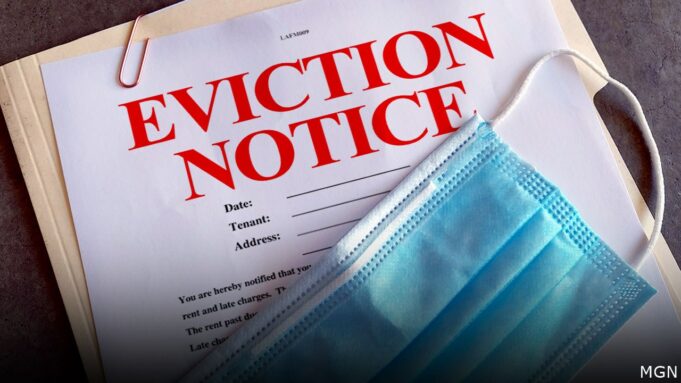 CHICAGO—The end of Illinois Governor J.B. Pritzker’s eviction moratorium could mean the rise of thousands of residents being evicted from their homes. The moratorium prevented landlords from evicting residents due to the financial impact brought on by the Covid-19 pandemic, but it came to an end October 3.

Within those thousands of Illinois residents in the hot seat, over 34,000 Blacks alone are “very likely” to lose their homes within the next two months, reported the U.S. Census Bureau in a September 27, 2021 report.

In an effort to curb the possible increase, rent and financial programs are being made available. In Chicago, as much as 15 months of assistance could be granted to qualified renters, says Chicago’s Department of Housing. Residents can apply at chicago.gov/renthelp but must be a renter or landlord experiencing financial hardship during the pandemic and have future obligations to pay rent or other housing expenses.

The governor and Illinois Housing Development Authority announced that $443 million in emergency rental assistance through the Illinois Rental Payment Program (ILRPP) has been paid to nearly 50,000 residents whose landlords have not pursued eviction. But that is 90 percent of the $500 million funds available in state program.

What about the others? “Essentially I think where we are, we’re basically showing the needs of the American people are not a priority,” said Chicago activist Ja’Mal Green. He does not believe the assistance programs will curb the upcoming surge in homelessness.

“I think at this point, they’re doing the bare minimum. This problem has never been a priority for the city of Chicago. The reality is, there are going to be so many people homeless, so many people in desperate need of help,” he continued.

“We are constantly showing the American people at the bottom, the minority class, that they are not a priority. So many people are going to lose everything,” added Mr. Green.

Willie “JR” Fleming, executive director of the 12-year-old Chicago Anti-Eviction Campaign, told The Final Call, “Some landlords don’t even want rental assistance money, they just want people gone. Where can tenants go? You’re about to see one of the biggest displacements in this country’s history.”

The Anti-Eviction Campaign believes housing is a human right and residents should not be so quickly displaced and resort to homelessness especially in low-income, minority communities given the many disadvantages these communities already suffer.

Mr. Fleming believes the assistance programs are just a temporary fix and that city officials in Chicago need to get more seriously involved. “We gotta find a way to get these landlords to accept this rental assistance money. We have to create an eviction diversion. … it’s a challenge,” he continued.

“They gotta increase the money, but what they should be focused on is that folks get properties. We can’t just leave people in the streets or overcrowded households. In the event that an eviction does happen, we want to make sure that they’re rapidly rehoused. … It takes a crisis for the government to respond.”

Ananka Shony, co-director of the Chicago Anti-Eviction Campaign agrees. “You got the folks who are really in need and then you have the people who saw this coming and are kinda laxed. I had a mother come to me, and now they’re going through some things, and she said she’s looked at 23 apartments and no one has called her back, and she has seven children. … Young people, that are still struggling, and they don’t really understand this stuff, they’re in the mix,” she explained.

Ms. Shony said that the city’s budget certainly allows for change, but local officials have the wrong mindset, she argued.

In late September, former President Barack Obama and former first lady Michelle Obama, attended a groundbreaking event for his presidential center soon-to-be built on the city’s South Side. The project is expected to cost $830 million.

As part of President Joe Biden’s infrastructure bill, $66 billion is expected to be spent for passenger and freight rail improvements; and $109 billion will be used to upgrade roads and bridges.

“They can come up with some funding, some money—we need resources,” continued Ms. Shony. “The owners of the buildings are behind too. … I think some policies got to be reconstructed, some got to change. Everybody knew this moment was coming. It’s a temporary fix.”