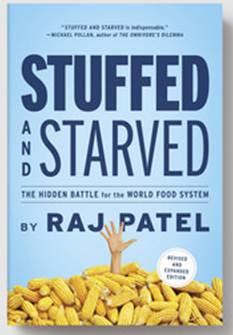 (GIN)—The first-ever UN Food Systems Summit saw nearly 300 commitments from hundreds of thousands of people from around the world and across all constituencies to accelerate action and to transform food systems, according to a UN press release.

The summit process was also applauded by farmer leaders for “inclusivity.” “The summit has been very inclusive,” said president of the Pan-African Farmers Organizations (PAFO), Elizabeth Nsimadala, who represents 80 million farmers across 50 African countries, and is a member of the summit’s advisory committee. “As producers we held several independent dialogues at all levels and these dialogues resulted into a global common position.”

“It is unacceptable that hunger is on the rise at a time when the world wastes more than one billion tons of food every year,” declared UN Secretary-General Antonio Guterres. “It is time to change how we produce and consume, including to reduce greenhouse emissions.”

But according to food activists from Africa and other developing countries there is growing hunger in the world, produced by growing inequality, poverty, and unemployment. Shalmali Guttal, head of Focus on the Global South commented: “This industrialized, globalized, corporate-led food system is failing us.”

“In the West, everyone has a solution for #Africa,” tweeted GMWatch. “Philanthrocapitalists like Bill Gates and Western governments are pushing industrial agriculture on us. They are spending billions to sway governments and turn Africa into a dumpsite for agrochemicals and genetically modified foods. …”

The website of Friends of the Earth International echoed GMWatch concerns. “The summit claims it will provide ‘game-changing’ solutions for the transformation of food systems through its ‘open and inclusive’ process. But dig a bit deeper and the façade comes crashing down.

“The summit is a thinly veiled attempt by corporations, philanthrocapitalists such as the World Economic Forum and the Gates Foundation and northern countries to place themselves at the center of food governance, presenting false solutions to the problems they have created and perpetuate with impunity.”

“When you’ve got conflict, climate and capitalism compounded with COVID, you see a really apocalyptic situation,” says journalist and academic Raj Patel, author of “Stuffed and Starved: The Hidden Battle for the World’s Food System.”

Patel, speaking on the news show “Democracy Now,” pointed out that many of the world’s largest food corporations recognize they are producing food that is not making the world healthy. An internal document that appeared in the Financial Times earlier this year, he said, revealed that more than 60 percent of Nestlé’s mainstream food and drinks products was unhealthy.

“We have made significant improvements to our products,” the company document was said to claim  …” [but] our portfolio still underperforms against external definitions of health in a landscape where regulatory pressure and consumer demands are skyrocketing.”

A U.S. group called AgroEcology Research Action, on their website, wrote: “In response to crises of hunger, obesity and unsustainable food systems, the UN Food Systems Summit of 2021 is being widely heralded as a chance to present “principles to guide governments and other stakeholders looking to leverage their food systems. …

“But from the start, this summit has been deeply compromised by a top-down exclusion of many food systems actors and an impoverished view of whose food system knowledge matters.