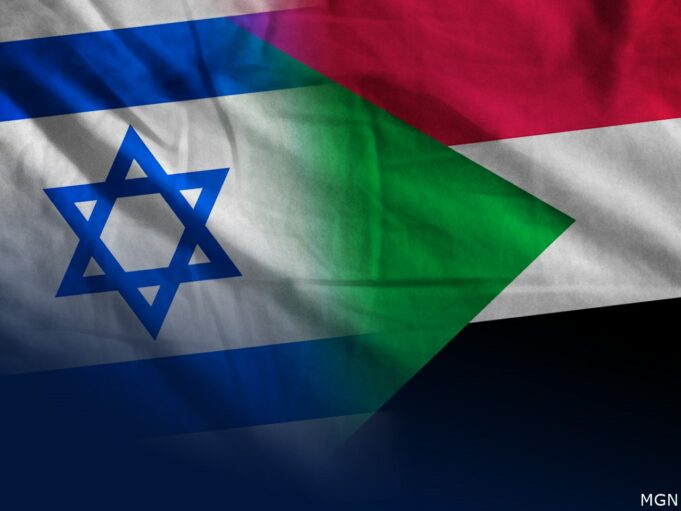 Eleven months after Sudan agreed to normalize relations with Israel, the country’s foreign minister has played down progress in building ties with the regime, saying there are no plans to open an Israeli embassy in Khartoum.

“There’s not any sign of normalization with Israel … and there is no talk at any official level,” Mariam al-Sadiq al-Mahdi asserted in an interview with Abu Dhabi-based English-language daily The National published on Sept. 26.

“I’m telling you this as the foreign minister … Abolishing a law on boycotting Israel does not mean that we consider opening an Israeli embassy in Khartoum,” said Ms. al-Mahdi who is the daughter of the late Sadiq al-Mahdi, an opposition leader and former prime minister of Sudan and a staunch opponent of normalization with Israel.

On October 23, 2020, Sudan agreed to normalize its ties with the Israeli regime, becoming the third Arab country in the year—after the UAE and Bahrain—to go along with such deals engineered by former U.S. president Donald Trump.

The current Sudanese cabinet repealed a boycott law against Israel in April. Sudan said at the time that the normalization agreement needed the endorsement of its parliament, which has yet to be established under the transitional process, to become effective.

Ms. Al-Mahdi reiterated the need for Sudan’s new parliament to address the issue of ties with Israel before anything could be done.

“Any decision in this respect should be taken by the interim legislative parliament during the transitional period,” she said.

Prior to the agreement, the U.S. pressed Sudan to establish diplomatic relations with Israel in return for the removal of the Northeast African country from a U.S. list of states that sponsor terrorism.

On September 26, 2020, Prime Minister Abdalla Hamdok stated that Sudan did not want to link its removal from the U.S. terrorism list to normalizing relations with Israel.

Ms. Al-Mahdi, however, said that the two issues have been completely linked by the U.S. government.

“This file has been completely linked to lifting Sudan off the U.S. state sponsors of terrorism list,” she said.

Ms. Al-Mahdi, however, claimed that improving relations with Israel was necessary to improve ties with the U.S. and the West, saying it was tied to support for Sudan joining the World Trade Organization after nearly two decades of failed attempts.

“We have been trying to be a member of the WTO, whose terms stipulate that there should be no boycotts between member states. We want to be a country open to the world and different partnerships,” she said.

The normalization agreements with Israel have provoked a furious backlash from the people of the region, who have condemned the Israeli regime’s continued atrocities against Palestinians and slammed as “treacherous” any ties with the regime.

Sudan itself has witnessed domestic protests against the move, with people voicing their outrage over their government’s surrendering to U.S. pressure to normalize ties with Israel.

“Unfortunately, a series of developments and unfolding incidents have weakened Hamas’ presence in Sudan, and Hamas’ political relations with the country are currently limited and dropped to the lowest level,” Hamas spokesman Sami Abu Zuhri said on recently, rejecting claims of the resistance movement’s investment in Sudan. (PressTV.ir)