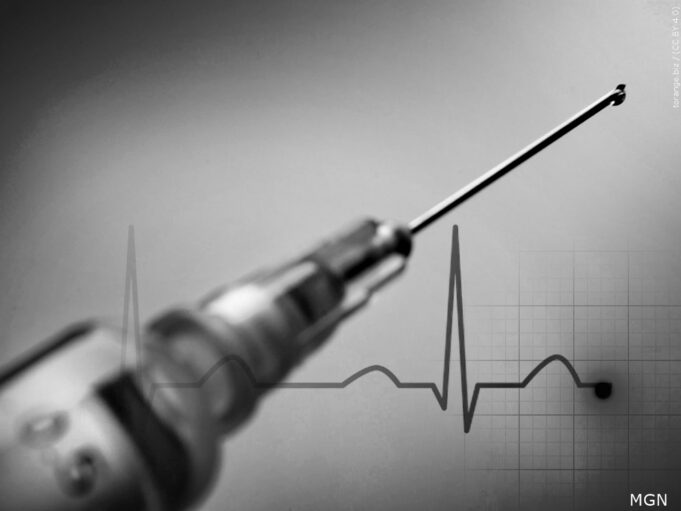 During his speech at Clay Clark’s Reawaken America Tour, held in Colorado between September 24-25, Attorney Renz presented more data obtained from anonymous whistleblowers for a federal lawsuit he filed as co-counsel on July 19. The lawsuit on behalf of plaintiffs, America’s Frontline Doctors, against the Department of Health and Human Services, contains allegations made in a sworn affidavit from a worker with access to government websites and data collection on vaccine injuries and deaths.

The CMS Medicare Tracking System is the largest database available in the U.S. to study the COVID-19 impact, including deaths and injuries, said Attorney Renz. Hard data from that system reveals that 19,400 people less than 80-years-old have died within 14 days of receiving the COVID-19 vaccine, according to the never-before-seen data, stated Attorney Renz.

“This is raw data, raw! There’s no analysis, 14 days. You want to know why 14 days is important, ladies and gentlemen. Because if you die within 14 days, you’re not considered vaccinated,” stated Attorney Renz, bearing witness to the gift of guidance and instruction from the Honorable Minister Louis Farrakhan, during his July 4, 2020 message, “The Criterion.”

However, evidence on the severe side effects leading to injuries and deaths after vaccination belies claims by Pfizer and other big drug makers, and federal health and political officials that the experimental COVID-1 “vaccine” is safe and effective.

In addition to the 48,465 people that died within 14 days of receiving the COVID-19 vaccine, the Medicare Tracking System revealed that 28,065 (more than half) the people who died in the same time frame after being vaccinated are over the age of 80, stated Attorney Renz.

“Fact check that! And I want to know, are you going to fact check DHHS (Department of Health and Human Services) now?” he challenged.

Presenting data indicating the number of people he alleged are being killed in American hospitals by National Institutes of Health Director Dr. Anthony Fauci’s instituted protocol of the drug Remdesivir, Attorney Renz noted he has the algorithm used to analyze the raw data from the Medicare servers and more.

According to Attorney Renz, the Remdesivir data reveals that:

“Safe and effective, right? … Doesn’t look like it to me,” argued Attorney Renz. He went on to state that there is a two-tier system of care depending on patients’ “vaccination status,” according to nurse whistleblowers, participating in the lawsuit.

“The nurses revealed to me that patients that are vaccinated are getting Ivermectin, which is proven to heal people. But if you are unvaccinated, they put you on Remdesivir in the hopes that you will die,” said Attorney Renz.

In addition, he continued, the FDA is actively working with the CMS Medicare database to gather weekly reports on COVID-19 adverse events, despite the fact that the U.S. population is told repeatedly that this “vaccine” is “safe and effective.”

“This information has never been given to the public, and you will see why they have kept it hidden and never published. It’s very damning, and this data reveals that the FDA knew what was coming, let it happen, and thousands and thousands have died or been injured,” said Attorney Renz.

A copy of his entire speech, along with data from the hidden vaccine tracking system, is accessible at www.Renz-Law.com. “Everything here is verifiable,” stated Attorney Renz.

“I just don’t know what to say to us to convey the sense of urgency we should all feel. At a minimum, we should be … angry, really enraged, over the blatant efforts of the corporate-controlled U.S. government to force [this vaccine] on us,” stated Student Minister Ava Muhammad, National Spokesperson for the Honorable Minister Louis Farrakhan.

“They’ve used everything but the (U.S.) Army, thus far, because they are concerned with what Minister Farrakhan said July 4, 2020 in ‘The Criterion’. [He told them] it will be a declaration of war on all of us when you bring your army to physically force it. Well, they’ve done just about everything else,” she stated.