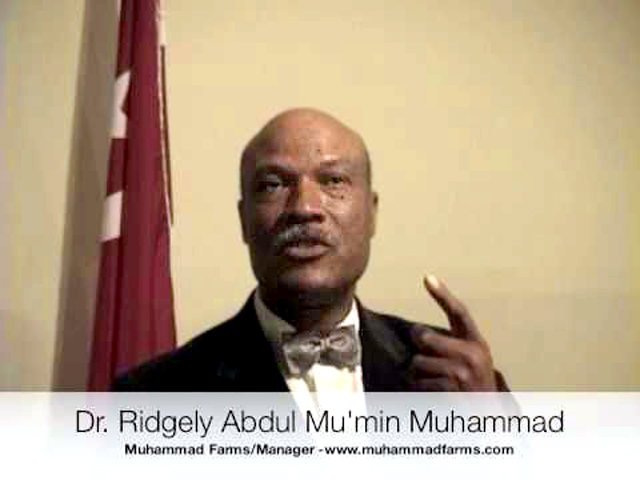 As of September 19, 2021, America has given 62.7% of her people at least one Covid-19 “vaccination”; yet she is near the top of the list across the world in Covid-19 deaths, with 205.18 people reportedly dying from Covid-19 per 100,000 people. On the other hand, 45 African countries have administered the shots to only 6.39% of her population but only suffers from an average of 15.25 people dying per 100,000 population. America has “vaccinated” 10 times more of her people than Africa; yet is suffering 13 times the Covid-19 deaths than Africa. It seems that Africa listened to Minister Farrakhan when he told her not to take the shots.

Since deploying the death shots in late December 2020, this country has jabbed her people with 229,600,691 doses of the Pfizer mRNA product, 149,772,779 doses of the Moderna mRNA product and 14,837,004 doses of the Johnson & Johnson so-called “traditional vaccine.” The U.S. government acknowledges that over 15,000 of its citizens are dead and hundreds of thousands more have been harmed as a direct result of these “vaccines.”

It seems that our sister, Nicki Minaj, has enough sense to do her own research on the so-called vaccines before taking one of these “death shots.” On September 13, 2021, the world-famous rapper started a firestorm with a single tweet: “They want you to get vaccinated for the Met. if I get vaccinated it won’t for the Met. It’ll be once I feel I’ve done enough research. I’m working on that now…”

Ms. Minaj’s use of one word— “research”— brought the self-appointed “Ministry of Truth” hounds out barking—the likes of Dr. Arturo Casadevall, chair of molecular microbiology and immunology at the Johns Hopkins Bloomberg School of Public Health, who told CNBC, “I don’t think doing research on the internet, or reading Twitter posts or something like that, is research … Research means that you have a systematic way to look at the problem.”

That is an absurd charge, because it’s Casadevall’s “trusted sources” who monopolize the vaccine debate with their internet presence: CNBC, the CDC, Johns Hopkins, the White House, J&J, Moderna, and Pfizer—all are also “on the internet.” It is the wide array of world-renowned scientists and experts who can’t be found on the internet because they have been censored for taking issue with the reckless approach of mass injections with a deadly, ineffective and unnecessary product .

CDC scientist and “misinformation expert” Dr. Neetu Abad gave her unsolicited view that “fans” shouldn’t take medical advice from celebrities, and they should rely on their doctor’s recommendations. She added that celebrities like Nicki Minaj, who has more than 22 million followers on social media, have a responsibility to the public:

“Throughout this pandemic we have urged platforms small and big to take care what they are conveying around COVID-19 vaccines, because we know that can be impactful around people’s behavior.”

Wait a minute! Such blatant hypocrisy! Just a few months ago, the corporate-controlled mass media rounded up all the “celebrities” and “prominent” persons they could find to publicly announce they had gotten one of these so-called vaccines: Kamala Harris, D.L. Hughley, Kareem Abdul-Jabbar, Samuel L. Jackson, Al Roker, Tyler Perry, Michelle Obama, Barack Obama, Gayle King, Ben Vereen, Dwayne “The Rock” Johnson, John Legend, Kerry Washington, Mariah Carey, Morgan Freeman, Oprah Winfrey, Arsenio Hall, Magic Johnson, Whoopi Goldberg, Mavis Staples, Al Sharpton, Chris Rock, Cedric the Entertainer and Patrick Mahomes. Baseball legend Hank Aaron died shortly after he publicly took the shot. Steve Harvey is openly attacking the “unvaccinated.” Though media hounds badgered LeBron James, they could not get him to say whether he got the shot or not. He let them know it was none of their business.

This was not a spontaneous propaganda campaign. The media and the government were just following a script laid out two years ago during a planning session on the proper handling of a supposedly imaginary pandemic called “Event 201.” On October 18, 2019, the Johns Hopkins Center for Health Security in partnership with the World Economic Forum (an international think tank of bankers) and the Bill and Melinda Gates Foundation hosted “Event 201, which “modeled a fictional coronavirus pandemic”

Among the seven major recommendations coming out of Event 201 was that governments would take control of social media to “combat mis- and disinformation,” and to “flood media with fast, accurate, and consistent information.” They advised health authorities to employ “trusted community leaders such as faith leaders” to herd the masses to the proposed vaccines. Five months later, WHO (World Health Organization) declared Sars-CoV-2 (aka COVID-19) a “global pandemic.”

In 2021, the multinational corporations that control the U.S. government and most governments on the Earth have indeed censored, de-platformed and otherwise hidden life-saving information, therapies and treatments from the masses while herding them to their so-called vaccines. They have literally changed the official meaning of “vaccines”—once defined as that which provides “immunity,” they are now defined as that which provides “protection.”

They had to adjust to the manifestation of the ineffectiveness of their product as new “breakthrough” covid cases rendered the covid shots useless. Facebook announced, on February 8, 2021, that it was widening the list of banned claims to include ‘posts’ falsely claiming the virus is man-made or manufactured. They cannot afford for people to study true “research” of doctors and scientists who dared present data and information that did not fit Big Pharma’s sales pitch.

Now, let’s look at one of the latest bombshells dropped from an alternative media platform: “Funeral Director John O’Looney Blows the Whistle on Covid” (Sep 16, 2021). This British funeral director was serving his clients since the outbreak of this so-called pandemic in early 2020 until now. He described what he observed in March and April of 2020:

“I got called every night for three weeks to care[nursing] homes. And this was at a time when Matt Hancock, who’s since been dismissed from government, kind of had transferred all of the elderly in hospitals into care homes. He’d been very careful to label them all as Covid. And he put them into care homes … And I’ve since found out that at the exact same time there was a thousand percent (1000%) increase in the amount of Midazolam sedative purchased at that time.

And there’s an extensive paper trail that documents that very clearly… And the real death rate was in care homes as a result of Midazolam. And then the deliberate re-labeling of every normal death as a Covid death. And then we’ve seen the extreme death rate once they actually began vaccinating. And it is definitely, a hundred percent—that, I can tell you as a funeral director.”

His testimony is very interesting in light of the fact that at the same time that England was loading its elderly into care homes, New York Governor Andrew Cuomo was doing the exact same thing in America. The New York Times reported on July 8, 2020, that “The death toll inside New York’s nursing homes is perhaps one of the most tragic facets of the coronavirus pandemic: More than 6,400 residents have died in the state’s nursing homes and long-term care facilities, representing more than one-tenth of the reported deaths in such facilities across the country At issue is a directive that Mr. Cuomo’s administration delivered in late March, effectively ordering nursing homes to accept coronavirus patients from hospitals.”

Add to this “coincidence” the fact that www.raps.com reported on April 2, 2020, that “FDA reports shortage of sedation drug used for putting Covid-19 patients on ventilators.” A spokesperson for Pfizer, which produces Midazolam, stated: “We currently have ample supply of several presentations of Midazolam but are experiencing high demand for the product…”

Pfizer probably has an “ample supply” of Midazolam because several states have banned it from being used for its other application—sedation during executions! Pfizer’s Midazolam was involved in several botched lethal injections that induced torturous convulsions with gasping, choking, and sensations of drowning, described as being waterboarded.

Autopsies showed the executed men had a “mix of blood and frothy fluid,” and felt “panic and terror of asphyxiation before they died.” These descriptions are similar to what Covid victims are said to experience before death. Pfizer’s repurposed drug Midazolam appears to be the common factor.

But inflating the death toll for Covid-19 does not stop with the nursing homes. Dr. Ryan Ardis asserts “Hospital Protocols Are Murdering Americans by Prescribing Remdesivir Which Causes Renal Failure.” Add to this the fact that African Americans are almost 4 times more likely to have kidney failure compared to White Americans.

The stage is set for Blacks to enter the hospital for “Covid-19” and never come out. We later discovered that “People of color have been hit hard by the novel coronavirus, and Black Americans have died of Covid-19 at a rate roughly three times higher than whites.”

Heed the Divine Guidance given through the Honorable Minister Farrakhan:

“DON’T LET THEM VACCINATE YOU!”