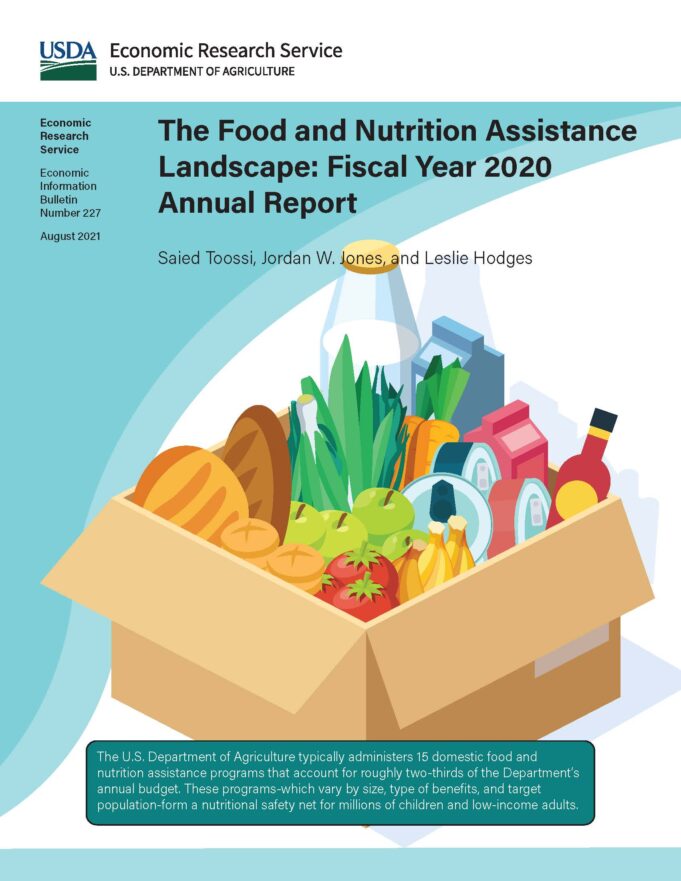 ‘The nation avoided mass starvation mostly because the federal government stepped in to dramatically increase food and cash aid.’

More than 38.2 million Americans struggled with food insecurity at some point last year, a roughly nine percent surge in hunger compared with the 2019 level of 35.2 million, according to data released Sept. 8 by the U.S. Department of Agriculture.

The USDA’s new report—the federal government’s first comprehensive attempt to document how the Covid-19 pandemic and corresponding spike in unemployment exacerbated food insecurity—found that the number of children in the U.S. suffering from hunger increased from 10.7 million in 2019 to 11.7 million last year, also an uptick of approximately nine percent.

Another USDA report released in August showed that federal spending on domestic food and nutrition assistance programs in Fiscal Year 2020 reached a historic high of $122.1 billion, which was 32 percent greater than the previous year.

In addition, roughly 60 million people—close to one in five U.S. residents—received charitable food assistance last year, up 50 percent from 2019, according to Emily Engelhard, managing director of research at Feeding America, the nation’s largest domestic hunger relief organization. CNN reported Sept. 8 that the group’s network of 200 food banks and 60,000 food pantries distributed over six billion meals in 2020, an increase of 44 percent from the year before.

Progressive advocates on Sept. 8 emphasized that hunger, which already affected millions of people in the world’s richest nation well before 2020, would have grown even more severe in the U.S. last year had Congress not allocated billions of dollars to fund anti-poverty measures in response to the coronavirus crisis. For instance, following the onset of the Great Recession in 2008, which in contrast to the Covid-19 pandemic did not provoke an enlargement of the social welfare state, the number of Americans facing food insecurity soared by almost 13 million, hitting a peak of 50.2 million.

“The new federal data tells us two things,” Joel Berg, CEO of Hunger Free America, said in a statement. “First, while hunger was already a massive, systemic problem in all 50 states before Covid-19 hit the U.S., domestic hunger surged during the pandemic.”

“Second, while tens of million of Americans suffered mightily from food hardship in 2020—and are still suffering mightily—the nation avoided mass starvation mostly because the federal government stepped in to dramatically increase food and cash aid,” Mr. Berg continued. “This safety net was a giant food life preserver.”

Stressing that “the pandemic is far from over,” Mr. Berg added that “we need that aid to continue, as a down payment on the even bigger investments needed to create jobs, raise wages, and ensure an adequate safety net so we can finally end hunger in America once and for all.”

While the Biden administration received praise from progressives in August for approving the largest permanent expansion of food benefits in the history of the Supplemental Nutrition Assistance Program, anti-hunger advocates and Democratic lawmakers are demanding “transformational change.”

In a letter sent to President Joe Biden in early September, the Democratic heads of 25 House committees called on the White House “to convene a national conference on food, nutrition, hunger, and health that draws together all the arms of government, state and local leaders, tribal leaders, nonprofit and for-profit businesses, advocates, and those with lived experiences to design a roadmap to end hunger in America by 2030.”

“The first and only conference on food insecurity took place 52 years ago,” the lawmakers wrote. “Through that effort, Congress built the hunger safety net we know today. We stand ready to work alongside you to chart the final frontier to end hunger and to create a future where the promise of America is in reach for every person in America.”