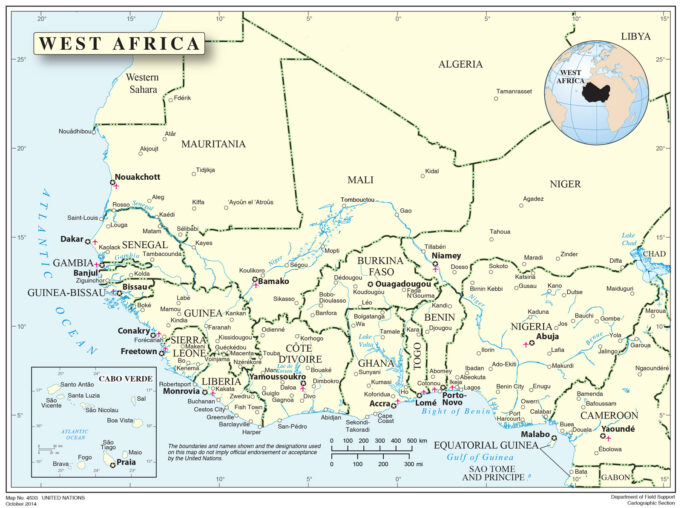 ACCRA, Ghana—A delegation of West African leaders is to travel to Guinea to meet with the junta that toppled President Alpha Conde in a coup in early September.

Top officials of West Africa’s influential economic bloc, ECOWAS, are expected to meet in Conakry, the capital, with the military officers now ruling the country and press them to immediately return the country to constitutional rule.

The 15-nation regional bloc suspended Guinea following the coup led by Col. Mamady Doumbouya, according to a communique issued after a virtual summit of the region’s leaders.

“The authorities expressed deep concern over the coup d’etat of September 5, and their consequences for regional peace and stability,” the communique said. ECOWAS reaffirmed its opposition to any “political changes by unconstitutional means and condemn in strongest terms, this coup.”

The regional bloc urged Guinea’s coup leaders to assure the safety of the deposed president “as well as that of all arrested persons.” Mr. Conde remains in the custody of the junta, who have only said that he is in a secure location with access to medical care.

Ghana’s President Nana Addo Akufo-Addo said the coup is a “violation of our common charter on governance in the ECOWAS region.”

The 79 prisoners freed had been held on a variety of charges, including breaching security, destroying public property and manufacturing weapons. All were invited to attend a political rally in Guinea’s capital, Conakry.

Many of those freed are activists from the Union of Democratic Forces of Guinea, a longtime opposition party led by Cellou Dalein Diallo, who ran and lost to Conde in the last three presidential polls.

The opposition has said it will work together with the junta but also urged the new military leadership to quickly restore the rule of law.

The prisoners’ release was welcomed by Guineans who had demonstrated against Conde’s quest for a third term in office last year.

Mr. Conde, who already had served two terms, said last year that the constitutional term limits no longer applied after voters backed a referendum at his behest. The 83-year-old could have remained in power until 2030 until the Sept. 5 military coup. (AP)