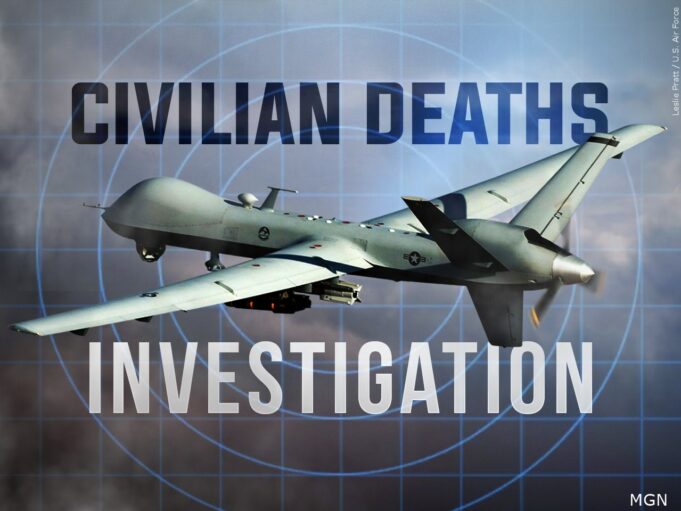 For the United States, its military mission in Afghanistan after 20 years of occupation, bloodshed, and failed meddling has ended in loss and defeat. Like previous wars the experience and what got her there is being analyzed and studied. Questions continue to be raised about the two decades of war and now its volatile aftermath in a country historically wrought with armed rivalry for influence among groups divided along tribal and ideological lines. One question is if in its hasty withdrawal, did America leave a treasure trove of military hardware worth billions of dollars and, if so, what are the implications in post-war Afghanistan?

“We brought some of it out, and we demilitarized some of it,” said General Kenneth McKenzie, head of U.S. Central Command, which oversaw Afghanistan.

“It’s a complex and time-intensive procedure to break down those systems. So, we demilitarized those systems so that they’ll never be used again,” said Gen. Mckenzie, adding, “we felt it was more important to protect our forces than to bring those systems back.”

He said 73 aircraft were left on the airstrip at the Hamid Karzai International airport.  He didn’t specify what kind of crafts and stated that they were inoperable. “Those aircraft will never fly again when we left,” he said.

With the withdrawal, there are disputed reports on exact amounts of hardware left in Afghanistan, how much was destroyed and how much was left in the hands of the Afghan National Army that America backed and trained. Whatever the true numbers, there are reoccurring questions if providing high-tech war ware in volatile places like Afghanistan create the real possibility of blow back.

Some U.S. officials argued that the war ware was left to the Taliban while others dismissed the capability of the Taliban to “figure out” how to use the equipment.

Abdul Akbar Muhammad, the International Representative of the Nation of Islam, said the notion of the Taliban lacking skills is a sign of American arrogance.

“That’s a ridiculous statement. America is not the only country in the world that has the technology,” said Abdul Akbar Muhammad.

Mr. Muhammad pointed out that there is China, Russia, and Eastern Europe that the new government in Afghanistan can turn to. With America and Europe having suspended aid, the cash-strapped Taliban have looked to wealthy countries like China.

“The Taliban is building relationships with other nations,” he said. “The American people would think they are bunch of wild bandits living out of a cave,” quipped Abdul Akbar Muhammad.

He also raised the question of which is most important, pulling out the “guns” or the “people” after 20 years of mayhem and occupation?

The longest war in U.S. history was responsible for tens of thousands of deaths of U.S. and Afghan troops and Afghan citizens.

Even if the Taliban can’t fly U.S. planes, the parts are very valuable. For example, just the control stick for certain military planes has an acquisition value of $17,808 and a fuel tank sells for up to $35,000, said a Forbes Magazine article.

“The Taliban army has been hardened with 20 years of war, and make no mistake, the Taliban trained an army. The Taliban army was injected with a massive amount of weapons and munitions after the U.S. withdrawal and collapse of the ANA (Afghan National Army),” tweeted Bill Roggio, a senior fellow at FDD and editor of FDD’s Long War Journal. The FDD is a Washington DC-based nonpartisan  research institute focusing on national security and foreign policy.

It’s undeniable the entire withdrawal was another sign of America’s fall and decline as the world’s super-power.

America lost treasure, trusted friendship of foreign nations and has arrived at its term which every nation is destined for, according to the Most Honorable Elijah Muhammad, the Eternal Leader of the Nation of Islam. As a warner to America and the nations, His words in the book “The Fall of America,” illustrates the humiliating results in Afghanistan.

“America, in trying to hold her place as the greatest power among the nations of earth, is one of the most troubled countries on earth today,” wrote the Hon. Elijah Muhammad.

In the aftermath America’s top diplomats and military leaders are visiting and holding talks in nations abroad to mitigate the trouble her foreign policy caused.

“America brought all of her troubles upon herself and she alone is to be charged with being the cause of the troubled world and people today,” wrote the Hon. Elijah Muhammad.

With the ultra-advanced weapons and intelligence capabilities that were wasted in 20 years of war  in Afghanistan, the Bible says Allah (God) will destroy those who delight themselves in making war.

Echoing his teacher, Elijah Muhammad, His National Representative, the Honorable Minister Louis Farrakhan, said during a 52-week broadcast called “The Time and What must Be Done,” the American people must know “Why is it that we are hated in the world” and about the country’s deeds abroad.

“You, the American people, must listen and look, because if you don’t, you will be deceived into thinking that America’s foreign policy objectives are “moral,” are “ethical”—they are anything but that,” cautioned Minister Farrakhan.

Washington spent $2.26 trillion on the war according to figures compiled by the Cost of War Project at Brown University’s Watson Institute of International and Public Affairs.

According to the Special Inspector General on Afghanistan Reconstruction (SIGAR), the U.S. government watchdog agency that monitors taxpayer dollars in Afghanistan, 80 percent of the Afghan government budget was paid for by America and its allies.

The U.S. spent an estimated $83 billion in  training and equipment to the Afghan National Army and Security Forces since 2001. This includes nearly $10 billion for vehicles and aircraft, according to figures from SIGAR.

Before the total collapse of the American puppet regime and the national army, funding earmarked for 2022 was $3.3 billion to support the Afghan Air Force and Special Mission Wing, fuel, ammunition, spare parts, including $700 million to pay salaries for Afghan soldiers.

The obligation was an arrangement inked in May 2012 signed by former U.S. President Barack Obama and Afghanistan President Hamid Karzai called the Enduring Strategic Partnership Agreement. The U.S. designated Afghanistan a “Major Non-NATO Ally” replete with a long-term security and defense deal.

SIGAR inspector general John Sopko said in several  reports over the course of the intervention, the lack of oversight allowed for acute avarice and corruption by both Afghans and foreign contractors.

“Corruption significantly undermined the U.S. mission in Afghanistan by damaging the legitimacy of the Afghan government, strengthening popular support for the insurgency, and channeling material resources to insurgent groups,” he said.

“Every bullet had to come from America,” said Gen. Dawlat Waziri, a former Afghan Defense Ministry official. “Why weren’t we making them here?” he asked AP.

Observers note that such dependency was not necessarily a sign of Afghan ineptness to manage military affairs or governance but a deliberate move benefitting profit flows to private contractors. The assessment of material loss and gain shows the fattening of private contractors waxing rich from the war is rarely noted discussing  America’s Afghan quagmire, said analysts.

“And this brings us to the disheartening, worrying, and infuriating truth: The more the Afghans needed contractors, the more these contractors would earn. Thus, they had a vested interest in keeping the Afghans helpless,” said Saqib Qureshi, visiting fellow at the London School of Economics in an opinion piece on his LinkedIn page.

His op-ed, the “Taliban Didn’t Win in Afghanistan, the Defense Contractors Did,” pointed out the danger of America outsourcing national security and foreign policy to “actors whose motivations are primarily for-profit” and often overcharge and underdeliver.

“From the perspective of a participatory democracy, this is unfortunate and alarming,” he wrote.

The malfeasance of defense contractors was squarely blamed on the U.S. government waste by a Barack Obama Administration era commission established to scrutinize contracts in Iraq and Afghanistan.

“As we investigated the situation on the ground in both countries over the course of nearly two years, we found that primarily the government was at fault for waste—which we estimated totaled from $31 billion to $60 billion,” said Dov S. Zakheim, senior adviser at the Center for Strategic and International Studies in a late August op-ed in The Hill. That was only between 2009 and 2011, and although reports from the group sounded the alarm, Washington chose not to act.

Mr. Zakheim served on the Commission on Wartime Contracting in Iraq and Afghanistan, which ended its congressional mandate in 2011.

For now, America appears to have failed to learn the lesson of history. For weeks after the war ended, President Joe Biden and America’s top military brass stressed “bright side” narratives focused on the “historic” and “heroic” evacuation of 6,000 American citizens and more than 124,000 Afghan civilians. The administration has not really answered questions about military equipment and resources left in a failed war theatre.

Now that “lessons learned” reports are being examined, experts say the American people must examine the parasitic relationship between American foreign policy and the private sector.

Otherwise, not only will America have manifest loss as is predicted by Allah’s (God’s) prophets, messengers, and warners, but lose with inadequate understanding of why things went so wrong.