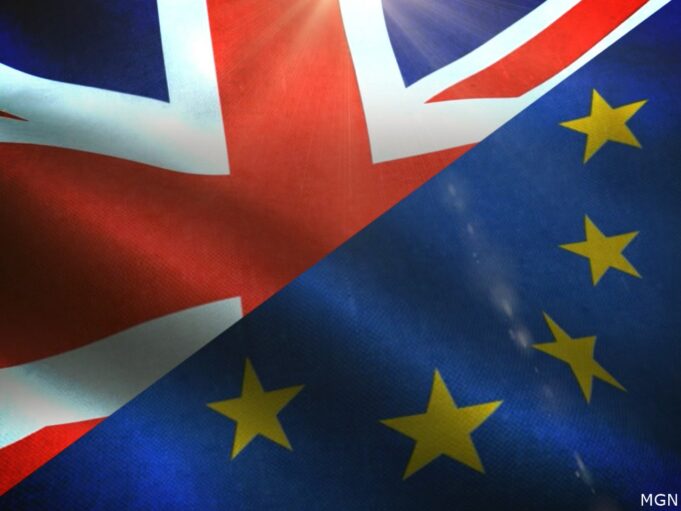 The UK’s Brexit minister says that the standoff between his country and the European Union over post-Brexit trading rules for Northern Ireland might create “cold mistrust” in their broader relationship.

In a speech to the British-Irish Association, David Frost said the UK would not “sweep away” the Northern Ireland Protocol, but the government of Prime Minister Boris Johnson needed to see “substantial and significant change.”

Mr. Frost warned that the row could have a long-term chilling effect on wider EU-UK relations unless it was resolved.

Those changes covered the movement of goods into Northern Ireland, standards for goods and governance arrangements.

The Northern Ireland Protocol is an integral part of the Brexit Withdrawal Agreement whose central aim is to maintain an open land border between British-controlled Northern Ireland and the Republic of Ireland so as to facilitate the free movement of goods.

The protocol, which only came into force in January, has led to additional checks and delays on goods reaching the north of Ireland from Britain.

“I worry that if we didn’t solve this issue, it is capable of generating the sorts of cold mistrust which will last between us and the European Union, and [the mistrust] will spread across the whole relationship [and] will hold back the potential for a new era of cooperation between us in a world which does need us to work together,” Mr. Frost said.

“I want to be clear that any response which avoids serious engagement with those ideas, and aims at just dragging out the process, will in the end not work for us,” he added.

The EU started an infringement procedure against the UK in March over changes to the Northern Ireland trade arrangements that, according to Brussels, breached the Brexit deal.

In July, the bloc’s executive said it was holding off on the legal action after Britain asked for a standstill period.

The protocol aims to protect a 1998 peace accord by keeping an open border between Northern Ireland and EU member Ireland, without opening a back door to the bloc’s single market.

In addition to disrupting trade flows, checks on goods between the British mainland and Northern Ireland have angered unionists who resist any moves that they see as risking the province’s role in the UK.

Frost said that “we have no interest at all in having a fractious and difficult relationship with the EU. (PressTV.ir)