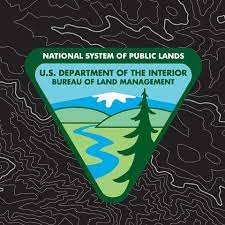 RENO, Nev.—Afederal judge has denied tribal leaders’ bid to temporarily block digging for an archaeological study required before construction can begin for a Nevada lithium mine on what they say is sacred land where their ancestors were massacred more than a century ago.

U.S. District Judge Miranda Du refused three tribes’ request for a preliminary injunction blocking the trenching planned to collect samples near the Oregon state line at the site of the largest known lithium deposit in the United States.

The tribes say their ancestors were massacred in the late 1800s at the proposed Thacker Pass site. Lithium is a key component in electric vehicle batteries. Demand for the mineral is expected to triple over the next five years.

Judge Du emphasized in the ruling late Sept. 10 in Reno. She has pledged to hear and rule on the merits of the case before Lithium Nevada Corp. hopes to begin construction early next year on the mine the U.S. Bureau of Land Management approved in January.

She rejected a similar request in July for a preliminary injunction sought by environmentalists who claim the digging would destroy critical habitat for greater sage grouse, an imperiled ground-dwelling bird.

Judge Du said Sept. 10 she was “not unpersuaded by the tribes’ broader equitable and historical arguments.” But she said there was no evidence the bureau acted unreasonably, no evidence the mine was planned on an actual massacre site and that the agency has contingency plans if “human remains are unexpectedly discovered.”

“In sum, while the court finds the tribes’ arguments regarding the spiritual distress that the (digging) will cause persuasive, the court must nonetheless reluctantly conclude that they have not shown sufficiently specific irreparable harm that aligns with the relief they could ultimately obtain in this case,” Judge Du wrote in denying the temporary injunction.

The company said the government’s review of the plans has included “substantial consultation” with local tribes that never raised similar concerns, while it spent $10 million on the permitting process for the mine.

Three additional tribes—the Burns Paiute Tribe in Oregon, Reno Sparks Indian Colony and affiliated Atsa Koodakuh Wyh Nuwu/People of Red Mountain—filed the lawsuit in July accusing the Bureau of Land Management of violating historic preservation laws by failing to consult with them about an Historic Properties Treatment Plan guiding the initial archaeological dig required before mine construction can begin.

Judge Du said the People of Red Mountain are not a federally recognized tribe so it has no legal standing.

A specific federal permit for the archaeological dig is still pending. But the Historic Properties Treatment Plan (HPTP) approved by the bureau allows a Lithium Nevada contractor to dig two to 25 holes by hand at each of 21 historic sites and seven mechanical trenches at some 40 meters (131 feet) long on .04 acres (.02 hectare) of an area no larger than one-quarter acre (.1 hectare), the judge said.

She acknowledged the tribes consider the entire Thacker Pass area sacred. But she said the National Historic Properties Act “does not give the tribes the right to prevent all digging in the entire project area. It merely provides for consultation.”

“There is no question BLM could have done more here,” Judge Du wrote.

“However, all that the applicable regulations require is that BLM make … a reasonable and good faith effort,” she said. “BLM is not required to consult every Native American tribe on every project it approves.”

Judge Du said government field notes from 1868 the tribes presented as evidence of the massacre “only describe the scattered remains of ‘Indians’ generally.”

“At least as catalogued in the HPTP, none of these sites are burial or massacre sites; they are primarily locations where the tribes’ ancestors gathered obsidian to make arrowheads,” Judge Du said. (AP)