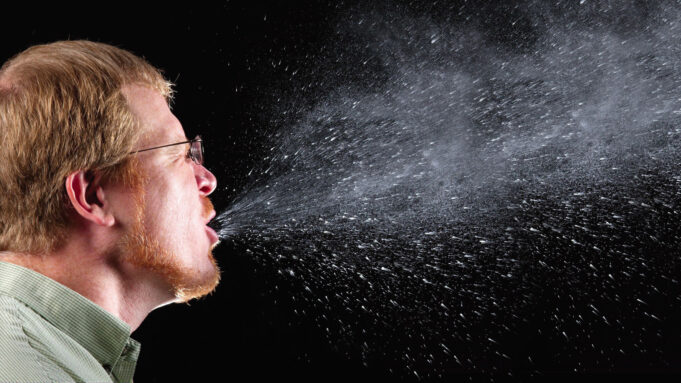 “The earth is burdened by the wicked living on a planet that was made for the righteous. The burden is now being shaken. The burden feels something coming because they’re being overthrown. You can’t live in a world made by God on the basis of truth living your life on the basis of a lie.” –The Honorable Minister Farrakhan, “The Criterion”

Suffering through life-changing restrictions and job losses, the American people were told that the only way to get back to “normal” was to get the so-called vaccine shots. The Big Pharma-controlled government promised that the shots would protect them from contracting and transmitting COVID-19; that they could take off the masks and hug their loved ones. Now they are telling the millions of vaccinated people that they can still catch the virus and pass it on to others, so put the masks back on and stay 6 feet away from the next human being.

Even worse, information is seeping out that people who took the shots may be turned away at the blood banks. The Red Cross has put out new guidelines for donating blood:

Let’s go to the so-called “factcheckers” from Reuters: “Blood plasma donated by people who have recovered from COVID-19 infection usually has high levels of COVID-19 antibodies. This convalescent plasma can be given to people with COVID-19 to improve their ability to fight the virus. Convalescent plasma therapy has emergency authorization by the FDA to treat COVID-19.

The FDA explains that the reasoning behind their guidance is to “ensure that COVID-19 convalescent plasma collected from donors contains antibodies directly related to their immune responses to SARS-CoV2 infection rather than antibodies formed following vaccination.”

That is a startling admission that there is a substantive difference between antibodies from people who recovered from COVID-19 and those produced by people who have been vaccinated against COVID-19. Dr. Robert Malone, the inventor of some of the technology that has produced these so-called vaccines, has warned us that the antibodies produced from these vaccines may not be able to recognize even a slightly mutated virus like this new Delta variant. However, the antibodies made by the human immune system that has seen and defeated the parent virus can recognize and kill mutated children of the that same virus, giving a more robust protection.

Research from Israel has shown that natural immunity is 27 times more effective against the new SARS-Cov-2 variants than the Pfizer so-called vaccines.

According to Dr. Malone, these new “vaccines” even seem to usher the new variants into the cells instead of keeping them out, because of something called antibody-dependent enhancement (ADE).

Dr. Christina Parks, cellular and molecular biologist, in her August 19 testimony before Michigan lawmakers, opposing vaccine mandates (HB4471), charged the government with misleading the public as to what “vaccines” can and cannot do, particularly the mRNA gene therapies:

They expressly say they’re measuring whether they attenuate (reduce the effect) symptoms they’re 95% effective based on their clinical trials at attenuating symptoms for the first variant, which is essentially gone from our population. Right now, the predominant variant is the Delta and CDC Director Walensky said, these vaccines have no ability to prevent transmission of the Delta variant Vaccines are made to a specific variant and when that variant mutates, the vaccine no longer recognizes it you actually get more severe symptoms when you are vaccinated against one variant and it mutates and then your body sees the other variant in fact, with the flu, if you get vaccinated in multiple years you are more likely to get severe disease, more likely to have more viral replication, more likely to be hospitalized.”

So, these so-called vaccines are more like “death shots,” since they make those who take them more susceptible to new and more potentially lethal variants of SARS-Cov-2. And these “death shots” were not even necessary for two reasons: 1. The survival rate for those who get COVID-19 is over 99% for all age groups, but over 99.998% for those under 18 and 2. There are safe, effective, and inexpensive therapies to fight COVID-19 that have been around for decades like interferon, hydroxychloroquine and Ivermectin.

The FDA, Dr. Anthony Fauci and the Big Pharma drug cartel have blocked these and other therapies to fight this virus the way they did in the 1980s to block these same remedies from solving the HIV/AIDS crisis. A long-time fighter against the corrupt vaccine manufacturing gang, Dr. Judy Mikovits, has really exposed their game in her latest book, “Ending Plague.” She states on page 173:

“Yet the denial of effective low-cost immune therapies to HIV and XMRV-infected communities, while Fauci simply renamed XMRV/MECFS “long-haul COVID” and forces the 12 percent carrying these viruses to be inoculated, rather than simply providing low-dose, type I interferon, HCQ or ivermectin, is truly a crime against humanity.”

Big Pharma, the largest lobby in Washington, D.C., made sure these manufacturers were paid to develop these “death shots” by the U.S. government with taxpayer dollars and given immunity from liability due to injuries or deaths caused by the shots. The government also pre-ordered and paid for millions of doses of these shots to administer to the populous. The insurance companies paid for the rest. Now that is big time stealing. Where is Elliot Ness to clean up this mess?

This latest robbery by the Big Pharma Cartel does not stop with the so-called vaccines. There are a lot more ways to make big money in this rip off. We know you have seen the VAERS COVID vaccine data (reprinted weekly in the Final Call Newspaper). In the 8 months since the shots have been deployed, almost 14,000 deaths attributed to the “vaccines” have been officially reported by the U.S. Government.

However, there is much more for the vultures to feed on. There have also been a reported 55,821 hospitalizations, 74,368 urgent care and 100,966 office visits. Each of those numbers represents more drugs that the victims must take to handle the symptoms and chronic illnesses as a result of being poisoned by these shots. And let us not forget that per a Harvard University study, reported cases represent approximately 1% of the actual cases.

As a farmer, I understand this GMO game. If a farmer buys Monsanto’s Roundup Ready GMO corn, then that farmer cannot put another chemical company’s chemicals on his crop. He is stuck with Monsanto for the duration. The same with these vaccine companies. We are already being told that we will have to take a “booster” for the Pfizer vaccine. You can be sure that Moderna and the rest are lining up to get their cut. So, now the recipients of these shots will be on a booster-to-booster treadmill getting bi-yearly updates to their internal artificial “operating systems” disguised as vaccines.

Once you take Pfizer, you belong to Pfizer and any drugs they have produced to deal with the side effects of what they gave you in those shots. If you took Moderna or AstraZeneca or Johnson & Johnson, now you belong to them.

The death, destruction and unnecessary medical expenses for the unsuspecting masses could have been avoided if governments like the U.S. and Israel had taken the advice given to them by Dr. Vladimir Zelenko in the Spring of 2020 to make hydroxychloroquine available to their citizens. Instead, they hid millions of this $0.20 per pill safe drug in their secret stockpiles, while feeding billions of taxpayer dollars to the Big Pharm criminal cartel to produce and distribute these deadly experimental so-called vaccines to the unsuspecting public.

Now you see why Big Pharma is paying out big bucks to the media to slander Ivermectin and hydroxychloroquine and why the government keeps Cuba under sanctions to keep out their interferon treatments. These cheaper, safer and more effective drugs could destroy the U.S. government’s latest bioweapons and Big Pharma’s “cash cow”: the COVID-19 “death shots.”

We will discuss later why a secret U.S. military program (DARPA) paid billions of dollars to design and get Big Pharma to produce these bioweapons to satisfy the U.S. government’s secret depopulation agenda. Inshallah (God-Willing). Dr. Ridgely Abdul Mu’min Muhammad is a member of the Nation of Islam Research Group.