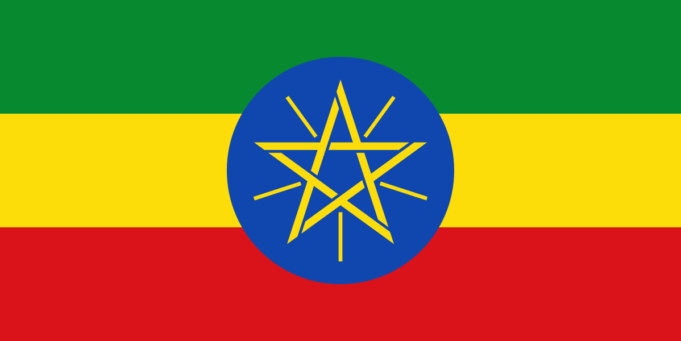 KHARTOUM, Sudan—Is the West deliberately trying to destroy the reputation of the 2019 Noble Peace Prize winner, the Ethiopian Prime Minister Abiy Ahmed? The 45-year-old Ahmad won the award for his “efforts to achieve peace and international cooperation.”

Ethiopia is becoming a regional power with its Grand Ethiopian Renaissance Damn (GERD), designed to supply electricity to much of Africa. The country also has one of the most successful airlines in the world, in its “Ethiopian Airlines,” that maintained a profit during the height of the Covid-19. These accomplishments, along with telling the West to stay out of Ethiopia’s internal affairs, may have sealed Ahmed’s doom.

Additionally, Ethiopia is one of the largest contributors to United Nations Peacekeeping and has resolved differences with neighbor Eritrea, which is really a part of Ethiopia, while telling the United States that the crisis in Tigray and its rebel Tigray People’s Liberation Front (TPLF) is an internal affair and no business of America.

“As the tide of international opinion has turned against Abiy, the prime minister’s office has maintained he is not concerned about his deteriorating reputation; his supporters have increasingly blamed the West for the crisis unfolding in the country,” noted a recent online article on cnn.com.

However, this “international Western opinion” has been created by corporate media outlets.

“The prime minister need not be a darling of the West, East, South or North,” Abiy’s spokeswomen Billene Seyoum said to reporters. ‘It is sufficient that he stands for the people of Ethiopia and the development of the nation,’” the article noted.

Arriving in Ethiopia this summer with both social media guns blazing, USAID Administrator Samantha Powers’ much hyped visit to the East African country fell on its face, reported borkenia.com. Not only did the prime minister snub President Biden’s representative, but so did his deputy and Foreign Minister Demeke Mekonnen. She was left to her devices with lower-level officials.

“It was regrettable that she was not able to show off her political power play skills, using aid as leverage. She had also hoped to deliver a stern message from President Joe Biden. The message seems to be, ‘Sit down and talk to TPLF terrorists right now,’” reported borkena.com.

In the CNN article, “From Nobel laureate to global pariah: How the world got Abiy Ahmad and Ethiopia so wrong,” the criticism is since Ahmed doesn’t cater to Western manipulations of his country’s internal affairs and challenges  of Western White supremacists and their neoliberal way of doing business, he is now somehow judged a pariah.

How the United States and its arrogance, with its many internal and external problems, including the fiasco that was the Afghanistan withdrawal can still make demands, shows Biden’s inability to process America’s recent fall from grace.

A major error in the recent U.S. approach to Ethiopian politics is how the Biden administration and its State Department attempted to divide Ethiopians according to their ethnic affiliations.

“For instance, by pointing fingers against the Amhara people and its regional special police and militia forces that helped the ENDF’s (Ethiopian National Defense Forces) quest to protect the territorial integrity of the nation, the U.S. showed that it actually cares less for the national unity of Ethiopia and the latter’s own ways of constitutionally addressing internal boundary issues,” stated dailysabah.com.

The fact that the U.S. State Department has called for the keeping of Ethiopia’s flawed ethnic federal arrangement is a case in point.

According to the dailysabah.com, “Such an arrangement has now been proven to be a ticking time bomb when it comes to the unity of Ethiopia’s people and the nation’s territorial integrity.”

Why the U.S. puts tacit support behind what is encouraging to the TPLF and what can be interpreted as assistance to this “terrorist group” including safe haven among their Tigrayian neighbors is anyone’s guess.

As this author is sitting in a Khartoum coffee shop and writing this, the Prime Minister of Sudan Abdalla Hamdok, who serves as the head of the International Authority on Development (IGAD), has asked South Sudan’s president Salva Kiir to mediate Ethiopia’s war with the TPLF.

If things weren’t so dire, I’d say this would be synonymous with a wife beater acting as marriage counselor.

In a recent “Save the Children” report, Africa’s newest country “has continued to encounter immense crises, causing millions of people to leave their homes and take refuge wherever they can. The unrest has led to the largest refugee crisis in Africa and the third-largest refugee crisis globally.”

In addition, rescue.org reported more than 46,000 people have sought refuge in neighboring Sudan and another 1.7 million have been displaced from their homes but remain inside Ethiopia.

President Kiir has accepted the offer, and now according to published reports “this mediation process starts.”

Tigray, a region in Ethiopia’s North, has been wracked by violence since November of last year, when the Ethiopian government sent troops into Tigray to quell unrest initiated by TPLF rebels. Follow @JehronMuhammad on Twitter