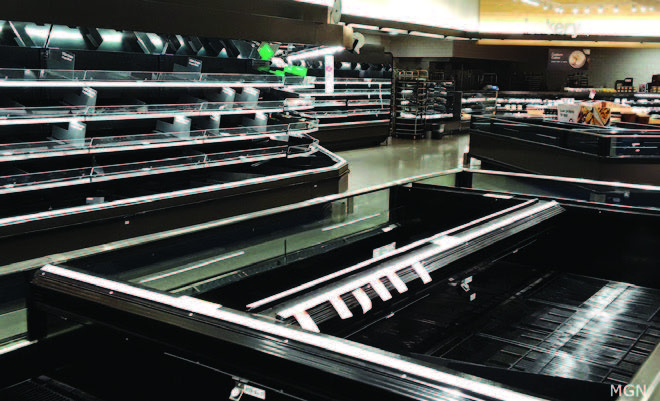 Stock shortages have impacted over a quarter of food and hospitality businesses in the United Kingdom in recent weeks and shoppers were told to expect higher prices as the country’s supply chain crisis gets worse.

Twenty-seven percent of food services and accommodation companies have experienced low stock levels and other sectors are also beginning to experience the same problems, according to a survey by the Office for National Statistics (ONS).

While a quarter of retail and wholesalers reported problems, 23 percent of manufacturers cited similar issues, the survey shows.

The mounting disruption to supply chains have resulted in empty shelves in supermarkets and forced some restaurant chains to close.

A severe shortage of lorry drivers, which has been deepened by both the pandemic and Brexit, has affected several businesses, including meat processors and fruit farms and McDonald’s that ran out of milkshakes recently.

“This, in turn, is a cost that will need to be passed on, and given the tight profit margins of most haulage operators, that means their rates to customers will have to go up.

“In turn, this may mean more of us paying higher prices for goods, services and shopping—including food prices—going forward.”

The RHA also said the situation is “not getting better,” warning it would take a long time to train new drivers and that means government action is needed.

The Covid-19 pandemic has caused disruption to supplies of manufactured goods, and shipping rates have spiked this year as economies have reopened, causing demand to rise dramatically.

In plumbing industry, for instance, plumbers have been forced to delay work because vital parts are out of stock, with long lead times.

Kevin Wellman, CEO of the Chartered Institute of Plumbing and Heating Engineering, said the industry had been experiencing growing disruption for 18 months, and the situation has deteriorated by additional red tape after Brexit.

“Manufacturers are doing all they can but they can’t just increase supplies overnight. It’s just been one thing after another for the poor, unsuspecting tradesperson who has just been trying to get things up and running.”

Shortages of raw materials and skilled workers have badly affected builders too, with over one in seven construction companies reporting they have been unable to get their needed materials in recent weeks. (PressTV.ir)