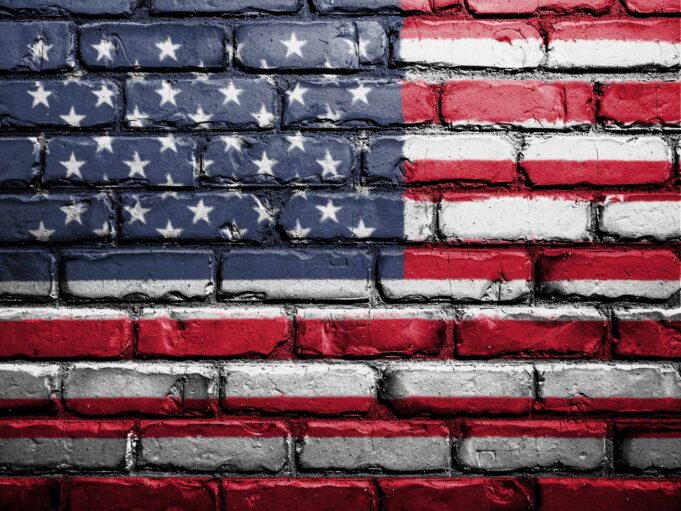 America, and especially North America, has entered into the time that was predicted by Moses and the prophets between him and Jesus. In the 24th Chapter of Matthew there is a prophecy made by Jesus of the present time of America, without mentioning her name.

It is clear to all who can see that America has reached the stage about which she always has been warned. She always has wanted to keep it a secret, because of her so-called Negro slaves.

She never desired for the slave to know too much of what was in store for her, because of her enslaving and mistreating her slaves. She has reared them for the past 400 years–and she knows them. She knows how they think and how they react to her teachings, and she knows their fear of her. She knows her slaves, but the slaves do not know America, their slave-master.

The great, dreadful and awful day (doom) is now in the doors and windows of America, and of the church–the religion of America. As long as Christianity worked, America thought she was safe, because it is one of the most deceiving and outright misleading religions of the world.

Allah (God) taught me that, if carefully examined, everything in the religion of Christianity is designed to make a slave out of Black people. If Christianity was in a wet rag and wrung out, every drop would write slavery for the Black man.

The world knows this now, but the spiritually blind, deaf and dumb American so-called Negroes, to whom I am calling and appealing to reason. I am calling them to reason with me on the truth and their own salvation, that is now in truth of self and kind and of the enemy of self.

There will not be an end to the clashes between Black and White in America–and throughout the world–until wrong, evil, murdering, deceiving and robbing the poor Black man of the earth, is destroyed and righteousness and justice are practiced.

This is the day of God Almighty to set up justice and equality throughout the earth. He is to free the Black man–the American so-called Negro–from his deceitful, evil and murderous enemies.

America wishes to oppose Allah (God) in this work of bringing justice and freedom to her once-slaves, but this is just what Allah (God) wants. He (Allah) wants America to attack Him, to get the fight started and to bring His Judgement against her with the fullness of His strength and power.

America is bringing about political gloom. Here politicians are unable to carve out a future for America. The plan of deceiving the so-called Negro politicians to work against their own freedom, justice and equality (salvation) that Allah (God) has brought to them, is making the so-called Negroes in high offices become the enemy of his own people’s freedom, justice and equality.

Such offices are held out as a bribe to get Black politicians to work against the spread of the truth of their salvation. They are happy—and their boss knows that they are–to have a place near him in such offices just for the purpose of trying to oppose Allah and His Messenger in freeing the poor Black man who is in the mud.

This is causing the political confusion and complete destruction of the house divided against itself.

I am asking, in the Name of Allah, that the American government agree on the separation of her once-slaves and their master. Of course, Allah (God) is sufficient.

We want a home on this earth we can call our own. We do not want to be slaves anymore to White people. We do not want to be free “Uncle Toms” for White people. We want to do something for self and go for self. However, America, with her blind, deaf and dumb politicians and clergy class of the so-called Negroes, will bring a swift destruction upon their heads, along with the doom that is inevitable against the enemy.

It is not twenty years in the future–nor fifteen years. Let no one deceive you. It is here at our doors now. The dreadful plagues and confusion of America are beginning to boil. The fuel making it boil will not cease until it is boiled down to the last of the dregs.

The present promise of a better future that America is making to the so-called Negroes will prove to be false. All of her false promises to the American so-called Negroes will be short-lived by both, because the time of her doom has approached. America would have to do a miraculous thing of justice (a square deal) to turn it back.

A fantastic show of tempting the Negro to filth and evil will not work. It takes justice to work, to postpone the dreadful days of America. America’s loss of world friendship is speeding her doom.