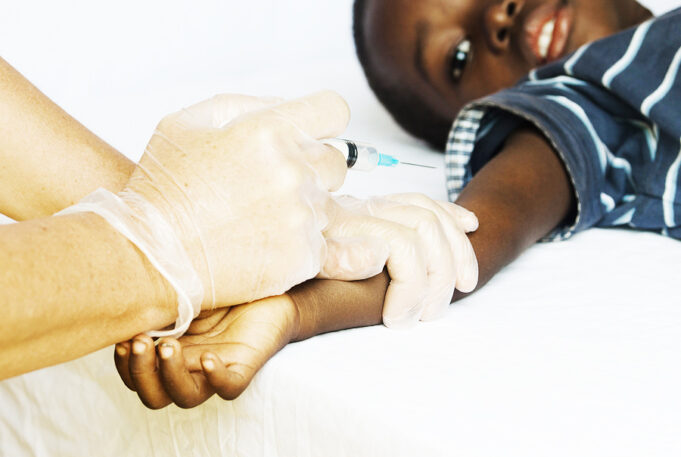 Over 40 children under 12 have died and over 4,200 more experienced a dangerous side effect known as Multi System Inflammatory Syndrome that has never existed before in children under 12 but surfaced in those injected with mRNA Covid “vaccines.” The U.S. Food and Drug Administration (FDA) and the Centers for Disease Control (CDC) have been hiding this from the American public, according to Dr. Bryan Ardis. He is the CEO of ArdisLabs.com, known for treating acne and various health conditions with natural-ingredient-based products.

Multi System Inflammatory Syndrome in Children, abbreviated as MIS-C, is a brand-new disease. It was unknown before 2020 and is the only disease created and given a diagnostic code since 2020, stated Dr. Ardis. Healthcare systems use diagnostic codes to describe and classify diseases, illnesses and injuries.

Dr. Ardis discussed this bombshell during an August 1 presentation with a panel of doctors in Germany. He explained that MIS-C is now classified as a known side effect because the mRNA “vaccine,” the spike proteins it tells the body to produce and anything else that might be in those shots have led to a debilitating, horrible inflammatory reaction in multiple organs all at once, when injected in children.

Stanford University in California has already prepped for a study to allow vaccinations of children as young as babies and toddlers, six months and two-years-old, he noted.

It was already known that SARS CoV-2 has very little threat to children or pregnant women, and that in rare cases the spike proteins of the coronavirus could create Multi Inflammatory Syndrome in Children. And now, it’s actually listed as a known side effect of the “vaccine,” he emphasized. “The FDA knew it.”

Multi Inflammatory Syndrome in Children, as defined by the Mayo Clinic of Academic Medical Researchers, is a severe inflammation of multiple organs in the body, including the brain, the kidneys, the spleen, the gastrointestinal tract, the eyes, the skin. But as deadly as it is, Dr. Ardis pointed out that he hasn’t seen a single incident reported on the Vaccine Adverse Event Reporting System (VAERS), which tracks vaccine safety and efficacy. However, the CDC has already reported over 4,200 occurrences and 40 deaths of children reported to the agency.

“And this is what you want to push on all the masses of children, and Americans across the world, to allow them to go to school? I find this just atrocious, and disgusting, and everyone needs to know,” stated Dr. Ardis.
“I couldn’t stand the fact that the FDA had an internal discussion and a meeting in October 2020,” said Dr. Ardis. During that meeting by the Center for Biologics Experiments and Research, top FDA officials were informed, in a 25-slide presentation, of the side effects and serious adverse events they knew would happen once the shots began to roll out. That was two months before distribution began in December. Slide 16, he observed, was passed over quickly, however the actual entire presentation remained on the FDA’s website.

He immediately took a copy of the presentation to media to sound the alarm that the FDA was already aware that the Covid “vaccines” would cause over 110 diseases.

This is not the only things that were on the document, there were also five different blood clotting disorders the FDA knew in October would happen when the Covid shots started to be administered to all Americans.

“These have now come, May and June of this year, we’re talking five to six months later that the shots came out, now you’re seeing they’re putting a blackbox warning on the label for Johnson and Johnson for blood clots – Myocarditis? The FDA already knew this in October, two months before the shots ever came out,” Dr. Ardis stated.

“I’ve got five kids and I would never want any possible serious side effects that are permanent and lifelong to ever occur to my child, and no one should ever push something so experimental, ever, on any human being ever. It’s by far crimes against all humanity, but my goal is to try to preserve as much as possible the health of child[ren], period,”

“Now what are you hearing reported in all the teenagers that are now being given the shots?! You’re hearing hundreds and thousands of reports of myocarditis, and some of these athletes and teenagers are dying in high schools, high school ages, but the FDA already knew this!”

He found it incredible that the FDA recently announced it literally wants Pfizer to expand how many children they will put in their clinical trial.

“Why would you want to give them— any more children— a shot that’s already causing myocarditis, whether it’s in a trial of any kind, or to the masses? Why would you encourage any more children, or risk their life or health over an experimental shot? It makes no sense to me. I find it deplorable,” stated Dr. Ardis.

Since then, he’s been on a non-stop mission to sound the alarm about the coming dangers through these so-called vaccines. In October, before the shots ever came out, he stated, he immediately went into the media to let everybody know, these are the things the FDA know is coming.

Not only are those who control the FDA and CDC responsible for concealing this from the masses in America, so are the media entities that Dr. Ardis said he informed, but have refused to report this crucial, life-threatening data.

Multiple lawsuits have been filed in federal court in Northern Alabama to stop the Emergency Use Authorization primarily around the vaccines, exaggerated cases and deaths, according to Dr. Ardis. Medical doctors, legal professionals and child advocates, who filed the lawsuits targeted Alabama’s District Court did because if their cases are heard there, that will have an impact and spread throughout all 50 states nationwide.

“All of this is very disturbing and we’ve got a group of lawyers at the America’s Frontline Doctors. We also have lawyers that are with myfreedoctor.com, who are all together working to defend as many people as possible against the onslaught of really senseless murder, to me, in my mind,” he concluded.