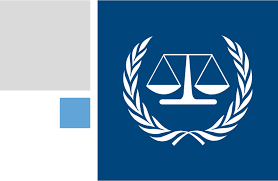 Venezuela says it has asked the International Criminal Court (ICC) to investigate U.S. sanctions imposed on the Latin American country as crimes against humanity and has provided The Hague-based tribunal with evidence.

Venezuelan Vice President Delcy Rodriguez announced the development at a press conference in the capital, Caracas, on Aug. 25, adding that a dossier that reveals how U.S. sanctions on Venezuela have affected people’s rights to health, food, and economic development had been delivered to the ICC’s chief prosecutor two days ago.

She said all but 10 of the 150 individual companies affected by the sanctions were privately-owned, adding that Washington has also targeted specific assets, including 30 oil tankers and 58 aircraft.

Ms. Rodriguez said that among the countries “illicitly” targeted by the United States, Venezuela was fifth in the number of the “unilateral coercive measures” that it was enduring.

Washington has imposed several rounds of sanctions against Venezuela aimed at ousting President Nicolas Maduro and replacing him with its favored opposition figure Juan Guaido. The sanctions, which include illegal confiscation of Venezuelan assets abroad and an economic blockade, have caused enormous suffering to millions of people in the country.

In February 2020, the Venezuelan government went to the ICC with the complaint that the U.S. unilateral measures against Venezuela constituted a crime against humanity.

Earlier this year, Alena Douhan, the United Nations special rapporteur on the negative impact of the unilateral coercive measures on the enjoyment of human rights, described the effects of the U.S. sanctions on Venezuela as “devastating.” Ms. Douhan said the sanctions were having “enormous impact over all categories of human rights, including the rights to life, to food, to health, and to development.”

Also, in a study released in April 2019, the Washington-based Center for Economic and Policy Research estimated that the U.S. sanctions had caused more than 40,000 deaths in Venezuela in 2017-2018.

Meanwhile, the representatives of Venezuela’s government and opposition groups have begun a fresh round of talks in Mexico in an effort to resolve political and economic issues. (PressTV.ir)