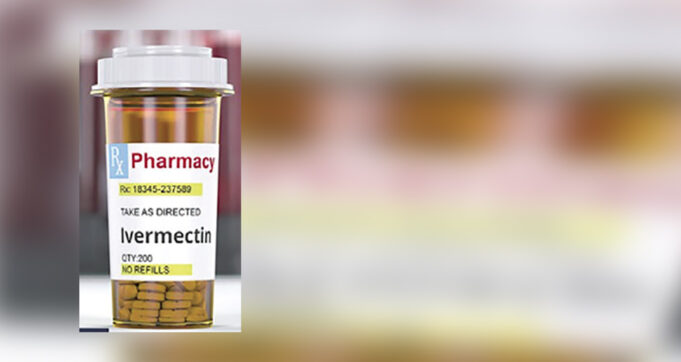 The New York Times Aug 21, 2021 article titled “Health officials warn people not to treat Covid with a drug meant for livestock” states: “On Twitter, the F.D.A. warned: ‘You are not a horse,’ the agency said. ‘You are not a cow. Seriously, y’all. Stop it.’”

The New York Times article went on to say: “Ivermectin, an anti-parasitic drug commonly used for livestock, should not be taken to treat or prevent Covid-19.”

That statement by the FDA is wicked and deceiving. First, the FDA has approved Ivermectin for use by humans, but refuses to repurpose it for COVID-19, because it wants every man, woman and child vaccinated. The government very well knows that Ivermectin is on the World Health Organization’s list of “essential medicines” and has been distributed to millions of people since 1987. It has successfully and safely fought tropical diseases such as river blindness and other parasitical infections in humans.

Dr. Pierre Kory, representing Front Line COVID-19 Critical Care Alliance (FLCCC), has testified twice to Congress presenting evidence of the safety and efficacy of Ivermectin for humans in fighting the COVID-19 virus. In fact, you can go to their website (www.covid19criticalcare.com) to locate a doctor licensed to prescribe medicine in your state. They have an extensive directory of medical and health professionals who will consult with you over the internet and prescribe Ivermectin for you.

The FDA is in cahoots with the “deep state government,” Big Pharma, mass media and social media—all conspiring to force the American people to participate in a mass experiment that ends in 2023.

This vilification of Ivermectin is similar to how another common and widely used drug to fight malaria—hydroxychloroquine—has been vilified and attacked. In a recent addition of The Final Call we were introduced to a heroic medical doctor who used this drug along with others in a protocol that he used to save 6,000 victims from COVID-19, including former president Donald Trump. His name is Dr. Vladimir Zelenko and here is a portion of his presentation to the Health Ministry of Israel:

And who blocked the delivery of hydroxychloroquine to millions of American people, a safe and effective therapeutic drug that could have possibly saved 500,000 lives? When asked if the drug was promising in March of 2020 after President Trump talked up the effectiveness of hydroxychloroquine to fight the coronavirus, Dr. Anthony Fauci said, “the answer is no” because “the evidence you’re talking about … is anecdotal evidence.” That was a lie. Fauci knew that hydroxychloroquine had been prescribed to millions of patients for more than 50 years with a remarkable safety record.

The January 2021 issue of the American Journal of Medicine states hydroxychloroquine “was approved by the U.S. Food and Drug Administration in 1955, has been used by hundreds of millions of people worldwide since then, is sold over the counter in many countries, and has a well-characterized safety profile that should not raise undue alarm.”

Fauci and his crew of crooks and liars have held back Ivermectin and hydroxychloroquine just long enough to get the FDA to give full approval to Pfizer’s mRNA drug, with Moderna’s kill shot waiting in the wings. The FDA is approving these GMO “operating systems” even though “the jabs” have killed at least 14,000 victims, which is 6 times the total number of reported deaths from previous vaccines over a 16-year period between 1997 and 2013.

Interestingly, the New York Times blasts Ivermectin on August 21, and the FDA approves a Pfizer “vaccine” on August 23 with a few tricks in the mix to get the remaining 70% of young Black people and countless others who refuse to buy the stale EUA Pfizer “vaccines” that are about to expire:

The FDA decrees that the Pfizer-BioNTech vaccine under the EUA [emergency use authorization] should remain unlicensed but can be used “interchangeably” with the newly licensed Comirnaty product.
Second, the FDA pointed out that both the licensed Pfizer Comirnaty vaccine and the existing vaccine are “legally distinct,” but proclaims that their differences do not “impact safety or effectiveness.”

But why are Big Pharma, Anthony Fauci and Bill Gates so determined to inject these dangerous shots into the arms of 7 billion people?

The answer is found in two goals of the superrich: depopulation and complete control, as described by Minister Farrakhan:

“And they know they have a genocidal plot against all Black America, starting with Nixon and Kissinger, and “Memorandum 200.” Go look it up. They want to cull the population of our planet by two billion people! This is not human, this is Satanic! They have got their scientists in laboratories, how to control your mind!”

For years we have had evil scientists in laboratories working on two different approaches of controlling a politically awakening population: mind control or depopulation.” (Min. Farrakhan, Watergate, Nov. 16, 2017)

Now they have the technology in these “operating systems” to take over the human body on a cellular level to control the people and reduce their population through sterilization. These so-called vaccines tell your cells to produce spike proteins, which destroy the body in at least two ways: 1. When your cells produce these foreign spike proteins, your own immune system will destroy your own cells, thereby eating yourself up from the inside; and 2. These spike proteins concentrate in the reproductive organs of men and women, producing the slow sterilization of their victims.

Catherine Austin Fitts, former Assistant Secretary of HUD, in an interview with Del Bigtree on www.thehighwire.com lays out how the new so-called vaccine passports will be used to completely control the people:

“The ultimate control of this is when they introduce the digital currency system controlled by the central banks. There won’t be currencies now; there will be a financial control system. The goal of the vaccine passports has nothing to do with health. They have to do with a new digital financial transactions system which is in essence complete control. As Naomi Wolf puts it ‘the end of human liberty in the West.’”

And guess who will be in charge of the technology to facilitate this complete control of you and your finances? Gates’ Microsoft Technology Licensing, LLC was granted a patent on March 26, 2020, under the patent publication number, WO/2020/060606 (notice the three sixes). Microsoft will use your 5g smartphone to relay everything about your activities in real time and send it up to the “cloud.” If your “body activity data is verified,” i.e., if you behave the way they want you to, they will pay you in cryptocurrency. Of course, if you misbehave, they will take away your “cryptomoney.”

Now, how will the body activity be tracked? You will be implanted with a very small biosensor injected in you via a shot disguised as a vaccine. In 2016 it was announced that:

“Profusa has been awarded a $7.5 million grant from the Defense Advanced Research Projects Agency (DARPA) and Army Research Office. The grant will be used toward efforts to develop implantable biosensors that can continuously monitor multiple body chemistries.”

These “biosensors” will use hydrogels filled with graphene oxide to make your body a transmitter to your smartphone. According to a May 2020 article in the Polymer Journal, “Graphene and graphene derivatives (e.g., graphene oxide (GO) have been incorporated into hydrogels to develop new functions (e.g., electrical conductivity and drug loading/delivery).”

These sensors will pass on your bodily information to your smartphone hooked up to Gates’ cloud for control and manipulation. Of course, if you get too far out of line, there is always the added “drug loading/delivery” capability to open the miniaturized poison vials inside you.

They first told us “Take the shot so you can go back to normal.” But “normal” is not wearing a mask and standing 6-feet apart in line to get a booster shot. Like a computer, your “operating system” will be updated twice a year by these “booster shots” or upgrades.

It is hard for white people to accept that they are being lied to and sold out by their own white governments, while Black African leaders are being killed because they listened to Minister Farrakhan and would not betray their people to these poisonous so-called vaccine pushers/soul enslavers. “Separation or Death.”

–There was an overwhelming response to the July 20th article on Ivermectin, a safe, inexpensive medicine which has proven extremely effective in treating Covid-19. It can only be given by prescription. In response to numerous requests for information on how to obtain Ivermectin, we are providing the website which gives a nationwide list of physicians who will prescribe it. Go to: