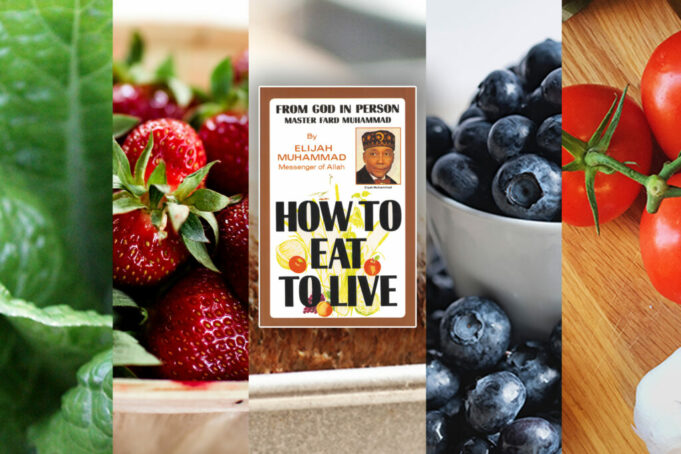 Since the time of Moses (4,000 years ago), we have followed the way of life taught to us by the White race, which often is referred to now in the religious language as the Christian race.

The practice of eating by the White race is not accepted anymore by the people of Islam, to bring to the people a better health and longer life. It must begin with what they eat and how often they force the body to partake of foods for which their appetites call.

A slight reflection on the eating habits of the Christians and what they eat is enough for you and me to know that one’s life would be limited to less than 100 years by such eating habits.

The sign in the Bible by David (Psalms) limits the life of the wicked to three score and 10 years (seventy years), and in another place (in the Psalms) he says that the wicked live not half of their days.

We have history on what they made of themselves. Their history was written before they came into existence (or were made), which speaks the truth of what they would be (Holy Qur’an).

They have not, as yet, done anything as a surprise to Allah and the scientists.

In fact, as Allah taught me that the scientists of Islam write all of our life histories on what we will do, even to the name of any outstanding person among us, 25,000 years in the future. In this way, they must respect the knowledge or fore-knowledge of God.

We cannot blame the White race for its way of civilization, which already was written, and we cannot blame them for their way of civilization because it is not like ours, because they are not of us. They are a new people made among us with the nature, training and teaching of their father to do just what they are doing. They cannot help themselves; many of them would like to do differently, but they cannot do that which they are, by nature, not made to do.

Their way of eating like the beast is true. They eat just about all of the time—three, four or more times a day and even between meals. This is the nature of a beast and especially the hog and dog. They will accept food whether or not they can swallow it and they will eat until they cannot swallow. There are other animals (beasts) of similar characteristics, but the swine and the dog are the greediest of all.

The hog was not made evil by nature, but by nature, it was made to serve the evil person. Therefore, both were made for each other.