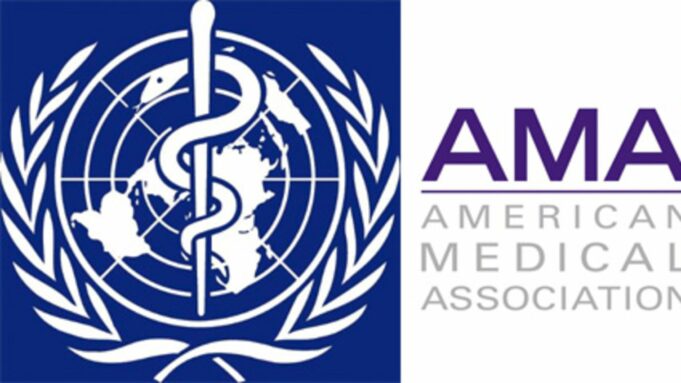 “You have lots of books teaching you today. He’s putting them out himself, of how he poisoned the Blackman in his food, and in his water, and in his medicine.” –The Honorable Elijah Muhammad, “Theology of Time”

In an earlier article we discussed how Black people in America had 200 hospitals in 1923 but only two now: Howard University Hospital in Washington, D.C., and Riverside General Hospital in Houston, Texas. In 1920 our population numbered 10.5 million, but now we number 44.1 million. This means there was, on average, one hospital per 52,500 Blacks in 1923, but now we have only one hospital for 22.5 million people. We are 420 times worse off now. Can you say, “Genocide?”

According to Dr. Velva Boles in her book, “Healthcare Disparity for Black Senior Citizens,” “More than a quarter of African Americans do not have a regular doctor … ” and most people who do not have a regular doctor will likely end up in the emergency room of a hospital. She writes, “ … African Americans use the emergency department at twice the rate of white Americans.” And since only 11 percent of Black people have health insurance, they may not be given the best medical care due to something called “standard of care.”

“Standard of care” dictates which drugs can be prescribed for a given illness. If you have good insurance and you complain of shortness of breath and chest pains, you get the “good stuff,” like President Trump got when he got Covid-19. However, if you are poor and have no insurance, you might get sent home and not get any treatment at all. Then when you get sicker and go back to the hospital, they may knock you out with some drugs and stick a ventilator tube down your throat.

You may recall that during the early stages of this so-called pandemic, the media touted ventilators as the saviors of Covid-19 patients. The states were fighting with the federal government over the shortage of ventilators. But then it was revealed that the ventilators were really the “Terminators.” An April 22, 2020 article, “Study: Most N.Y. COVID Patients on Ventilators Died,” reported that of 5,700 Covid-19 patients hospitalized between March 1 and April 4 at facilities of New York State’s largest health system, that “ … the overall death rate was 21%, but it rose to 88% for those who received mechanical ventilation .”

As patients were dying on the ventilators, practicing medical doctors, Dr. Paul Marik, Dr. Gianfranco Umberto Meduri, Dr. Joseph Varon, Dr. Jose Iglesias, and Dr. Pierre Kory made their first major breakthrough in March 2020. This was three weeks into the pandemic, when 3,800 Americans had died. From the beginning of the pandemic, the hospitals that Marik and Varon led kept Covid-19 under control.

They achieved remarkably high survival rates at their hospitals at a time when “40 to 80 percent of patients in the U.S. and Europe were dying from the disease.” Their cocktail of safe, cheap, FDA-approved generic drugs included: the steroid Methylprednisolone, Ascorbic Acid (Vitamin C), iamine (Vitamin B1), and the blood thinner Heparin,which effectively stopped the Covid-19 deaths of their patients.

“In addition, Kory, Marik, et. al published the first comprehensive COVID-19 prevention and early treatment protocol … It is centered around the drug Ivermectin.” Ivermectin is an FDA-approved drug on the WHO list of essential medicines.

Kory even testified to the Senate on May 6, 2020, in reference to Covid-19 treatments, that steroids were “critical” to saving lives, but he only received silence and scorn. He testified to the Senate again on December 8, 2020, to the Homeland Security Committee where he reported the efficacy and safety of Ivermectin: “We now have data from over 20 well-designed clinical studies, ten of them randomized, controlled trials, with every study consistently reporting large magnitude and statistically significant benefits in decreasing transmission rates, shortening recovery times, decreasing hospitalizations, or large reductions in deaths.”

That overwhelming evidence was not enough to convince the Big Pharma flunkies in Congress, the CDC, NIH or WHO to recommend Ivermectin for the treatment of Covid-19. Fortunately, for Judith Smentkiewicz, a 81 year old lady dying from complications of Covid-19, a family friend saw Dr. Kory’s testimony and called her son to tell him about Ivermectin.

Now if a White person had to hire a lawyer to get a hospital to treat his mother with Ivermectin in January of 2021, how much chance would a Black person have inside of a White hospital? So now we see why our Black hospitals were destroyed and our doctors working for White hospitals have been stripped of the power to heal their own people. They are controlled by hospital administrators.

This type of manipulation and control of what is considered “good medicine” didn’t start with this Covid-19 so-called pandemic, but reaches back to the beginning of the American Medical Association (AMA) in the early 1900s. Eustace Mullins in his book “Murder by Injection” traces the steps of how medicine was taken over by the super-rich “philanthropist organizations” like the Carnegie Foundation and the Rockefeller Foundation.

In 1900, the editor of the AMA Journal, Dr. George H. Simmons wrote, “The growth of the profession must be stemmed if individual members are to find the practice of medicine a lucrative profession.” So from the very beginning the AMA wanted a small group of privileged elites to monopolize the medical industry. To this end, in 1907, the AMA “requested” the Carnegie Foundation to conduct a survey of all the medical schools of the nation.

The Carnegie Foundation hired Abraham Flexner to do this study which was presented to the Rockefeller Foundation in 1910. The Flexner solution was a simple one; to make medical education so elitist and expensive, so drawn out, that most students would be prohibited from even considering a medical career. Thanks to this wicked strategy, by the end of World War I, the number of medical schools in America had been reduced from 650 to 50 in number. The number of annual graduates had been reduced from 7,500 to 2,500.

The AMA not only reduced the number of doctors, it also moved the practice of medicine away from using herbs and other natural remedies to relying exclusively on surgery and man-made drugs. Herbal medicine is the use of plants and plant extracts to treat disease. Many modern drugs were originally extracted from plant sources, even if they’re now made synthetically. Most synthetic drugs are organic molecules made using petrochemicals.

Petrochemicals are made from oil. So, we see now why Rockefeller, the oil baron, sought to control the direction of medicine to steer the world away from herbs and other natural treatments to prescribing drugs made from oil which he controlled.

No one can get a patent on what nature produces. But synthetic lab-produced drugs can be patented and sold for tremendous profits. Today, there is a whole new breed of synthetic, poisonous medicines called “vaccines.”

Thanks to integration, we don’t have our own laboratories to check this stuff. Instead we must depend on our open enemy to take care of our health needs. His solution to our health needs is to eliminate us. If this so-called Covid-19 pandemic has done nothing else, it is now proven that the Most Honorable Elijah Muhammad is right and exact: we are being poisoned by their “medicine” and “We need a hospital.” Do for self or die a slave.