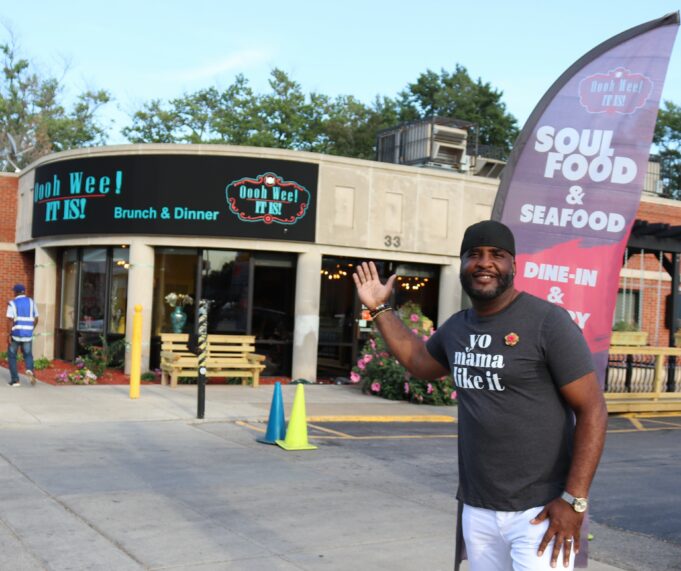 Joyce Burges has been homeschooling for 30 years. She and her husband homeschooled all five of their children, and now their grandchildren are being homeschooled. Twenty-one years ago, they founded the National Black Home Educators. Ms. Burges told The Final Call that homeschooling amongst Black parents has been steadily growing, but since the pandemic hit, and especially since July, she has been getting tons of email and hundreds of new memberships in the organization.

She is a witness of the countless Black people who have sought out new opportunities related to business, jobs and education since the start of the pandemic.

“You now have a pandemic that has caused us to adjust and adapt in various forms, whether it is working from home, starting businesses, developing our side hustles into legitimate businesses, homeschooling, these kinds of things,” said Memphis-based Nation of Islam Student Minister Demetric Muhammad.

“It really shows that we do have what it takes to do what the Honorable Elijah Muhammad and Minister Farrakhan have been saying for years, which is to strike a blow for freedom and independence instead of continuing to suffer within the current American paradigm where Whites are always in a master position and you’re always in a slave position.”

Homeschooling is one way that Black people are seeking a change. In Black households, homeschooling increased by five times from 3.3 percent in spring 2020 to 16.1 percent in fall 2020, according to a March survey by the Census Bureau.

“The pandemic brought Black families to the forefront of the knowledge that the only constant thing that I have or that we can give our children is our home. And so why not bring education home? And that’s what they did,” said Ms. Burges, cofounder and CEO of the National Black Home Educators.

She listed a number of reasons why Black parents could be choosing homeschooling. Some of those included not wanting their children to go back to an unstable and unsafe environment, being able to provide one-on-one attention and having the opportunity to build a one-on-one relationship with their children.

Amirah and Baki Muhammad of Columbus, Ga., are longtime homeschoolers. During the pandemic, their daughter, Sabbath Muhammad, started “The Homeschooler’s Society,” where she and her staff are teaching Black students up to eighth grade, including her younger sister.

“I think that a lot of Black children actually did better being home and doing virtual because of the home environment,” Amirah Muhammad said.

Baki Muhammad said fear might have been one reason Black parents didn’t get into homeschooling in the past.

Ms. Burges sees the expansion of homeschooling as a result of more parents being at home.

Linda Perez is one of those parents who got involved with her children’s education. She said the pandemic has been a blessing for her.

“It gave me more time with my children and being part of their education and going beyond what the school curriculum was teaching. It also gave me time to reflect on self, to improve on self. I was able to meditate more, get into my garden more,” she told The Final Call.

Growing up, Ms. Perez’s grandmother gave her the name “Sissy.” Now known by the people of Chicago as Chef Sissy, she started “Sissy’s Taco Bar” in the midst of the Covid-19 pandemic.

“I took that time to create something during the pandemic, and it kept me busy, because me, I’ve always had to stay busy,” she said.

Ms. Perez has been an entrepreneur since she was nine years old, and she knew her calling by her early 20s: to help God’s children and God’s community. She has been in the daycare business for over 20 years, and she started her restaurant to bring good, quality food to the Black community. She explained that the goal is to bring healthy food, work with Black farmers and also provide a place for families to eat later in the day.

“We made it through the year. Of course, it takes a minute for people to know about you, but we made it, and we’re able to hire young men in our community or young women in our community. And they’re working for me, but like I tell them, you’re not just working for me,” she said. “I’m actually teaching you how to run a business when you leave here. Your goal is not to work for me or work for anybody else. It’s to get the experience and not chase money, but get the experience just like I did in my life.”

She expressed that because it’s her passion, it doesn’t feel like she’s working.

“When I wake up, it’s something that I enjoy. And I tell people that, even in my mentoring, find something you enjoy, because it doesn’t become a strain every day on your routine. If it becomes a strain, that means you’re not in alignment with what you’re supposed to be doing,” she said.

Toure Muhammad, realtor, businessman, Black business advocate and founder of Bean Soup Times, said he has seen an increase and upsurge in Black businesses since the start of the pandemic. The Honorable Minister Louis Farrakhan inspired him to take a virtual course to get his real estate license, and the pandemic created the perfect opportunity.

He said others who have started businesses initially believed they couldn’t do it, but the Covid-19 pandemic forced them to begin to do for self, causing them to have more courage and belief in themselves.

“When business is run by other nationalities and Caucasian people, we have to code switch and we have to have a dual language. So, if they can do the work and not have to go into the office space and deal with some of the toxic environment that can be there, it just makes more sense,” Toure Muhammad said. “And of course, if they’re listening to the Honorable Minister Louis Farrakhan and do not want to get vaccinated, or they just already had that thought in mind, then why go back into an environment where they may be forced to get vaccinated and return to a toxic environment?”

The divine solution for Black America

As Black people seek out new opportunities, the United States is seeking to return to the state of normalcy it was in before the pandemic started. But in his July 4, 2020 message, “The Criterion,” the Honorable Minister Louis Farrakhan said “what was” is over.

“You want this to end but you don’t know how. You want it to end, Mr. Trump, so you can go back to what was. But I’m here to tell you, sir, you’ll never see what was again; that is over,” he said, addressing former President Donald Trump.

Demetric Muhammad explained that Minister Farrakhan was speaking in the context of Covid-19 being a pestilence from Allah and one of His judgments.

The Honorable Elijah Muhammad taught that separation is the best and only solution to solve the problems between Black and White.

“We are in America. How do you separate? You come out from under the influence of a way of civilization that is totally alien to Allah (God) and to the nature in which He created you,” Minister Farrakhan said in his lecture “A Case for Separation.”

He continued, “Jesus said, ‘I am the door. You can’t enter except you enter by me.’ When you enter by Jesus, that means you come out from something and enter into something else. But you’ve got to come out of the mind that the White man created in the Black man and woman and in his own people.”

“So, the Honorable Elijah Muhammad as the Messenger of Allah, and so much more than that today, he preached to Black America, he preached to White America and he announced to the world that the solution to our problem is divine,” said Demetric Muhammad.