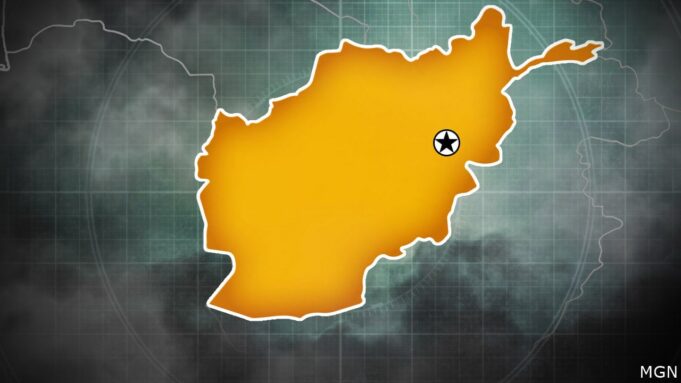 The scenes from the airport in Kabul, Afghanistan were harrowing. The world was witnessing what a CNN reporter called the “unraveling of this 20 year presence” by America after decades of war and with hatred growing for the United States.

The president had said withdrawal of U.S. troops from Kabul would not mirror the fall of Saigon 46 years ago when America was run out of Vietnam. He was utterly wrong.

The scenes being repeated in Afghanistan are worse than Saigon in August 1975.

Afghans scaled airport walls, tried to claw their way onto aircraft, and bodies fell from 500 feet to 600 feet in the air as Afghans clung to American planes that took off. How could the U.S. not know that Kabul would fall so quickly? The Taliban had marched unchecked across the country.

A few days ago, the president staunchly declared America was pulling out of the quagmire of Afghanistan and leaving the fight to 300,000 Afghan soldiers who would be supported by the U.S.

How could he have been so blind?

Look into the Muslim book of scripture and you will find an answer. In the Holy Qur’an, Maulana Muhammad Ali translation, chapter 2, The Cow, verse 11, reads: “And when it is said to them, Do not make mischief in the land, they say: We are only peacemakers. Now surely they are the mischief-makers, but they do not perceive.” Verse 15 continues, “Allah will pay them back their mockery and He leaves them alone in their inordinacy, blindly wandering on.”

If Mr. Biden was not blinded by America’s arrogance and inordinacy, he was lying to the American people and the world. But the Holy Qur’an warns that in this day, the secrets, the lies, will be revealed even if placed in a rock and hidden in the earth.

That disaster is not just Mr. Biden’s, it is an American disaster tied to all of the presidents who preceded him over the past 40 years, going back to America’s false promises made to Afghans in the 1980s as U.S.-backed Muslim warriors, “the mujahadeen,” kicked the then-Soviet Union out of the country. While the Soviets were defeated, the U.S. lied and never provided promised support to Afghans.

With America not living up to her promises, the country fell into civil war and the Taliban won the day and took control of Afghanistan.

After the 9/11 attacks on the World Trade Center in New York, America attacked Iraq, which had no ties to the incident, and then targeted Afghanistan, saying Osama Bin Laden, a onetime U.S. ally, was responsible for the attack and the Taliban were harboring him. The U.S. declared Mr. Bin Laden a terrorist and declared a War On Terror counting the Taliban among America’s enemies. On October 7, 2001, America started bombing the Taliban, then spent a trillion dollars, made millionaires of private contractors, and sacrificed thousands of American lives over 20 years. Now the Taliban is back in power and Americans are expressing fear of renewed terrorism emanating from Afghan soil.

But for over 40 years, the Honorable Minister Louis Farrakhan of the Nation of Islam has warned America that her warmongering and attempts to dominate the nations of the earth will not be successful. He has repeated the warning of his Divine Teacher, the Honorable Elijah Muhammad, that America would not win another war. Before America entered the war against Iraq, the Minister told the president and the country that the U.S. would not be successful in 2003 under President George W. Bush and before that in 1991 under then-President George Herbert Walker Bush in war against Saddam Hussein, another onetime U.S. ally.

Delivering a major message, “The Unraveling of A Great Nation” at Saviours’ Day 2020 in Detroit, Min. Farrakhan repeated the warning and condemned America for her domestic and international evil—and warned the country was on a destructive course.

“You, my poor, pitiful brothers and sisters, you are opting to be a part of that that is unraveling right in front of your eyes. You see the country cascading downward. You see the moral fiber of America getting into the gutter. Who wants a membership in a house of whores? Bought and paid for leaders.  Nobody can stand up if the enemy says, ‘you don’t stand up for that.’ Satan is having a field day with America. Evil has been made fair seeming,” said the Minister.

“When you unravel something, you undo twisted, knitted, or woven threads; you investigate and solve or explain something complicated or puzzling. The condition of America is puzzling. The world is looking at a country going to hell,” he continued.

“America was not built on a firm foundation. Although the weaving was done strongly, the nation called America was doomed from its inception. How do you build a nation killing the native people?  How do you build a nation, bringing a whole people out of Africa to America to be made slaves?  This is your foundation, so for them to lie to you, and make you think that America is a land of promise for you, and you believe it; no wonder Jesus said, You shall know the truth and the truth will set you free,” said Min. Farrakhan.

He added, “I can come to you like Jonah came to the king of Nineveh. America, Mr. President, needs to repent for what you’ve done and what you continue to do to the peoples of the world. You have Ten Commandments, ten beautiful commandments that America does not follow. The 10th Commandment is Thou shalt not covet thy neighbor’s house, thy neighbor’s wife, thy neighbor’s donkey, what the man has, you should not desire it.

“See, you covet the wealth that’s in the Middle East, that’s why your armies are there. You covet the wealth of Africa that’s why your armies are there. You want what others have been given by God, but you don’t want to bargain with them and give them wealth for wealth that they may be able to build up their own country. So, you find a way to meddle in the affairs in the nations of the earth,” the Minister said.

“Mr. President, I’m asking you to repent on behalf of the wickedness of your people, White people, for the evil that you have done to self, to others, to us, to the Native people, to the Indigenous. Wickedness is what’s making America suffer. Have you seen the weather? You know the weather is against you. All of you can get together and try to stop what you call climate change. Climate isn’t controlled by you. Climate is being controlled by the God who is here in control of the climate.

“When I tell you to watch the weather, He goes to work and shows you. I am the man of God today.  You either take it or let it alone. I will not beg you, but I will tell you that the God wants to separate you from your enemies. God wants to give you a land,” he said to Black people. “God is not playing. You are His people. I know you don’t believe it. But you will. Your covenant with death will be annulled and your agreement with hell will not stand.”

The people of Afghanistan are seeing the result of believing in a deceiver and murderer on the international stage. But what you see abroad is a sign of destruction coming to America. Reject Satan, these evil Caucasian people and their agents, accept Allah’s (God’s) divine warner speaking today. Flee to Allah (God). In Allah (God) is protection and success, this is the day of America’s doom.