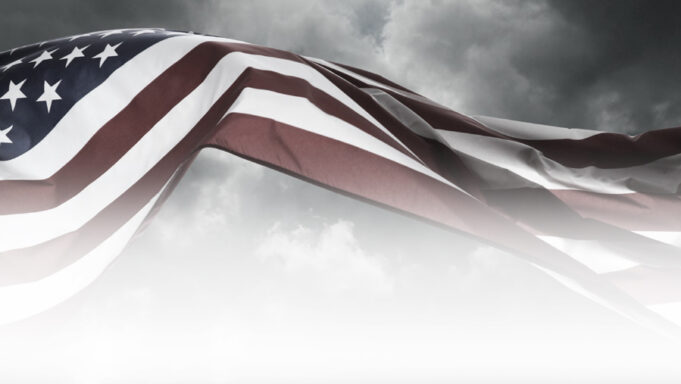 “Temporary quarantine and isolation facilities may be constructed. The provisions of Tennessee Code Annotated, Section 68-11-202( c )( 1 )-(8), are hereby suspended to allow for the construction of temporary structures, the plans for which would otherwise be subject to review for new construction, additions, or substantial alterations, as directed by the Commissioner of Health and the Director of TEMA in response to COVID-19; provided, that there shall be inspections of such structures to ensure safety, as necessary.”

POINT #18, STATE OF TENNESSEE, EXECUTIVE ORDER BY THE GOVERNOR NO 83: “AN ORDER TO FACILITATE THE CONTINUED RESPONSE TO COVID-19”

Executive Order #38, issued on Aug. 6 by Tennessee’s Governor Bill Lee, calls for the construction of “Temporary quarantine and isolation facilities”—i.e., concentration camps—for anyone they determine is unfit to exist in their society. The 9-page order gives the state the power of “containment of COVID-19” and to potentially “diagnose” vaccine resistors as having “a mental illness or serious emotional disturbance.”

The collaborating media have concealed this legal atrocity, posing it as the governor’s effort to assist hospitals with COVID-19 patient overload, but in reality it signals America’s final descent into its total destruction. Tennessee may be where this official tyranny begins, but just like vaccine passports, mask mandates, and small business shutdowns, anti-vaccine concentration camps will soon be deployed ALL over America and the world.

“Isolating” America’s foreign and domestic enemies to exploit or destroy them is as American as cherry pie. Native Americans are today isolated on “reservations”; Africans were bound to plantations, then to inner-city colonies called “projects,” then re-enslaved in prison incarceration camps; Asians in World War II were forced into internment camps. Thirty-three (33) of the fifty (50) states enacted eugenics laws where thousands of “undesirables” were forced into segregated “colonies.” Adolf Hitler based his concentration camp system on what he admired in the American system.

And as this COVID-19 pandemic uncovers the corrupt realities of how America operates, the American masses will see that much, much more connects the U.S. Government to Germany’s Third Reich than they ever would have believed.

According to many Jews, Adolf Hitler’s concentration camps were a nightmare of medical horrors. Experiments on prisoners were unspeakably gruesome and systematically carried out on men, women, and children under the direction of sociopaths like Dr. Josef Mengele, the notorious “Angel of Death.” Thousands of human guinea pigs suffered painful deaths as they were infected with diseases, injected with poisons, and exposed to deadly chemicals.

Some victims were frozen alive, some were brought to extreme altitudes, some were given electric shocks, others were subjected to head and bodily injuries—all imaginable extremes—so that their captors could chart the body’s reactions. Women suffered rapes and forced abortions and hundreds of thousands were sterilized with radiation and by other chemical means.

Dr. Mengele had many medical aiders and abettors. When their crimes became known to the world, American officials created a court in Nuremberg in 1946, where they put 23 of the Nazi doctors on trial. But at their trial, the defendants did something that shocked the world and may have led to seven of them actually being acquitted.

In their defense they introduced into evidence an article in the June 4, 1945, issue of Life magazine, which reported on a malaria experiment in America! It was performed on 432 White male prisoners at Stateville Penitentiary in Illinois. Doctors there deliberately had prisoners bitten by malaria-infected mosquitoes and then treated them with high doses of a toxic serum to observe the side effects.

Ironically, had these defendants known of the Tuskegee syphilis experiment occurring in Alabama at the very same time, they would, in all likelihood, have made it known to the world in their own exposure that possibly could have ended that notorious American medical atrocity. But Tuskegee’s Black men and their families would suffer another 26 years before those U.S. government “doctors” were forced to shut the “study” down in 1972—and none of those criminal scientists ever went on trial.

The fact is that White American doctors were no better than Dr. Mengele and his cohorts, and in many cases, they proved far worse. And the victims of these medical atrocities were Black people, Native Americans, Latinos, women, children, and poor Whites—all American citizens.

The Nuremberg trials led to the establishment of a set of guiding principles for the medical world known as the Nuremberg Code. The code was specifically designed to outlaw the medical atrocities uncovered by the trials. Obviously, one would expect the medical profession to eagerly embrace and enthusiastically enforce the new standards. But the American medical establishment responded to the Nuremberg Code in a peculiar way: they rejected it as “a good code for barbarians but an unnecessary code for ordinary physicians-scientists.” They claimed it represented unwarranted “legalistic” restraint on their medical research.

And there is good reason for their astonishing rejection of such a humane code of conduct. A year before they publicly prosecuted the Germans, U.S. officials had set up a classified research facility a hundred and fifty miles from Nuremberg where they had secretly employed 58 German physicians in medical research. Ultimately several of these war criminals were brought to America among 1,600 of their scientists in a clandestine U.S. program.

By 1972—just 26 years after the Nuremberg Trials—the pharmaceutical industry in America was doing more than 90 percent of its experimental testing on prisoners. The benefits of having a controlled, mostly Black population were simply irresistible to America’s own medical profession. And while Germany’s doctors were being executed and imprisoned for their crimes, the American doctors reacted by actually refining, enhancing, and increasing the very same inhuman medical atrocities. As one investigative journalist reported:

“From the 40s through the early 70s, American doctors regularly injected and infected inmates with malaria, typhoid fever, herpes, cancer cells, tuberculosis, ringworm, hepatitis, syphilis and cholera in repeatedly failed attempts to cure such diseases. Doctors in prisons pulled out prisoners’ fingernails and inflicted flash burns to approximate the results of atomic bomb attacks and even conducted various mind-control experiments using isolation techniques and high doses of LSD, courtesy of the CIA.”

The fact is the Tuskegee syphilis “experiment” was the tip of the iceberg for the wicked American scientists. Their résumés of death and disease—before and after the Third Reich—would turn Dr. Mengele green with envy:

US Army doctors set up blowers atop the predominately Black Pruitt-Igoe housing development in north St. Louis, where they spewed hundreds of pounds of zinc cadmium sulfide into the air. Reports of high cancer rates and premature diseases and deaths followed.

In 1945, a year before the Nuremberg trials, American doctors were conducting radiation experiments on unwitting patients. The first known victim was a Black man named Ebb Cade. He was admitted to a hospital after a car accident but instead of treating his broken bones, he was injected with plutonium—radioactive fuel for atomic bombs.

In the 1960s, Saul Krugman promised the parents of mentally retarded children that they would be admitted into the highly rated Willowbrook State School in Staten Island if they would consent to “vaccinations.” He fed live hepatitis virus (from others’ stool samples) to sixty healthy children. All the children fed hepatitis virus became ill, some severely. They were called “the most unethical medical experiments ever performed on children in the United States.”

Doctors of the Sloan-Kettering Institute injected at least 396 inmates at Ohio State Prison—180 of them Black—with live human cancer cells.

In 1962, doctors at the Jewish Chronic Disease Hospital in Brooklyn injected live cancer cells into 22 elderly patients who were not informed what was happening to them. When whistleblowers exposed the experiments, the doctors’ licenses were revoked for one year, yet one of them, Chester M. Southam, became president of the American Association for Cancer Research.

Between 1951 and 1974, Albert Kligman, a professor of dermatology at the University of Pennsylvania, conducted experiments on Black inmates at Holmesburg Prison in Philadelphia for at least thirty-three major pharmaceutical, chemical, and cosmetic companies, including Merck, DuPont, Dow Chemical, and Johnson & Johnson.

From 1964 to 1968, the U.S. Army paid him $386,486 to perform experiments with mind-altering drugs on 320 inmates to determine the minimum effective dose of each drug needed to disable 50 percent of any given population. Kligman admitted, “It was years before the authorities knew that I was conducting various studies on prisoner volunteers … . No one asked me what I was doing. It was a wonderful time.”

In fact, these satanic American doctors and the public institutions and private corporations they represent, have raised the bar on Evil. The trail of dead and diseased American bodies reaches far, far beyond Dr. Mengele , his cohorts and their chilling legacy.

This country’s transparently evil COVID-19 “vaccination” plot to cull its population by 150 million and the world population by 2-3 billion people may get even worse. The U.S. government acknowledges that more than 12,000 people have been killed by the COVID-19 vaccines and hundreds of thousands more have been injured.

Black people in America and people throughout the world, have a choice—will we line up and bare our arms for these wicked, known murderers, or will we heed the Words of a Divinely Guided man whose Insight has already been confirmed?

The Honorable Minister Louis Farrakhan was crystal clear on July 4, 2020: “Don’t let them vaccinate you with their history of treachery through vaccines, through medication. Are you listening?”

Explanatory Note: As the government seeks to pressure and suppress the truth of the deadly effects of taking the COVID-19 Vaccine, we are presenting a different data format on the VAERS COVID -19 Report. This updated report is of the deaths reported from taking the Vaccine, as of August 6, 2021. This is because the site that we normally gather the data, has been attacked for publishing the truth. Below is their statement on their website. The Department of Health and Human Services is also now requiring a “HHS Disclaimer” on the site.

“We are sorry but due to an unprecedented attack upon our developer, for making public data public [headscratch] this week’s data will not be updated for a few days. A response will be forthcoming about the lies, misrepresentations and blatant mysogny/public shaming that has occurred in the last few days. Remember when they don’t like the message, they attack the messenger…Truth always wins in the end.”