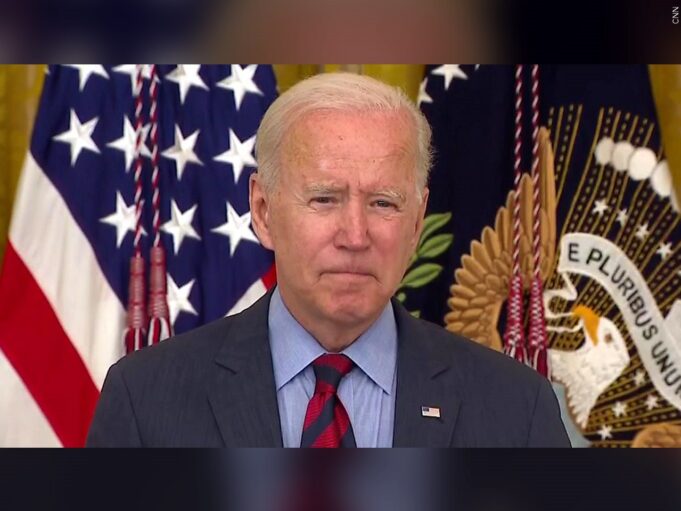 “[If] you bring the Covid-19 vaccine and say you’re going to bring your army to force us to take it, once you try to force us, that’s a declaration of war on all of us. You only have this one life. Fight like hell to keep it and fight like hell to destroy those whose heart and mind is to destroy you and take your life from you…”

The words lifted above were a turning point in this so-called pandemic.  In February 2020, before the American public ever heard of Covid-19, the pharmaceutical companies had gotten protection from any lawsuits for injury or death from their so-called vaccines.  Though the private sector buys most vaccines, the United States Government committed to purchase  the first 100 million doses of the Covid-19 product before the clinical trials could get underway and  promised to plunge them into the arms of the American people— by force if necessary. President Trump’s lawyer and supposed Constitutional scholar, Alan Dershowitz had opined that “And if you refuse to be vaccinated, the state has the power to literally take you to a doctor’s office and plunge a needle into your arm….”

Minister Farrakhan’s bold challenge to the United States Government set off a series of responses that bring us to today’s division among the American people about whether these are vaccines to heal or bioweapons to kill. The Minister’s words were heard by millions across the whole world. Madonna replayed the Minister’s words on her Instagram social media account, which numbered over 16.2 million followers in July of 2020.

So now, white folk had to wonder, “Why is Minister Farrakhan so strongly warning his people about taking a vaccine that has not even been produced?”

Then the Minister gave out some marching orders, “I say to those of us in America, we need to call a meeting of our skilled virologists, epidemiologists, students of biology and chemistry and we need to look at not only what they give us, we need to give ourselves something better.”

So this had many people, including white doctors and scientists think, “What does this man know that we don’t know?”  Those who were already questioning the use of the mRNA vaccine felt encouraged by his stance.

It came to light that these so-called vaccines were not “vaccines” by definition at all. Moderna’s own website called its product an “operating system, like in a computer.” Others characterized these shots as “gene therapy,” introducing synthetically produced genetic material into the cells of human beings to instruct their cells to produce non-human proteins.

The pharmaceutical companies abandoned the disastrous animal trials and shortened the human trials to months instead of years to push these unnecessary genetic interventions. Minister Farrakhan even introduced our people and the world to 14 alternative therapies and treatments for this virus.  Several have proven to be extremely safe and effective but continue to be ignored and suppressed by the FDA and mass media to allow these companies to risk the lives of millions with no fear of punishment.

Dr. Peter McCullough, in response to the mounting deaths of vaccinated people said, “I think we should hold to the same standards we always have for every single product. It’s usually 5 unexplained deaths get a black box warning; 50, it comes off the market. Maybe for a broadly used vaccine it maybe 150 or 200, it comes off the market. It’s gonna go down in history as the most dangerous biological medicinal product roll out in history.”

The latest CDC VAERS reports indicates that 5 times more Americans have died from these so-called vaccines in 7 months (12,366) than all deaths for a 16-year period between 1997 and 2013 (2,149) attributed to vaccines.

Dr. Sucharit Bhakdi said, “When you take this jab, you are triggering a reaction that is potentially lethal.”

Dr. David Martin has stated emphatically that, “Anthony Fauci has spent $191 billion dollars of audited funds for the bio weaponization of viruses against humanity…This is a bioweapons program designed to kill us.”

The virus that produces Covid-19 is just the excuse to inject humans with an operating system which according to Dr. McCullough, “The mechanism of action is clearly poisonous. We know the generation of the spike protein itself, it damages local tissue. It’s not natural for a human cell to produce this foreign spike protein. We have never asked the human body to produce a foreign protein ever in the history of mankind…and have it (spike protein) expressed on the cell’s surface and have the body to attack its own cells and then let it circulate in the bloodstream where we know it damages blood cells and causes blood clotting.”

Trump and Dershowitz knew Minister Farrakhan was not bluffing when he declared that the Nation of Islam would go to war before we took those shots, because we know we have a living God as our defender. The latest UFO disclosures expose what we in the Nation of Islam have been saying for decades. Our God has weapons in the sky (Wheels) that protect us against a military attack against our Nation. So, they know if they try to physically shoot us with their shots, they will have to deal with the Wheels. So, they have changed their strategy from force to persuasion.

The powers behind the throne knew that Trump would not be able to deliver the kill shots, so he was taken off the leadership block and replaced by the “good cop,” Joseph Biden. Joe Biden has a great fake smile, but his history shows that he is no friend to Black people.

Now the Biden administration has stopped “smiling” and is threatening to make the vaccines mandatory. The shots would be “mandatory” to keep their jobs, but not required by law, where those who refuse to take the shot would go to jail.

Satan (U.S. Government) offers very strong threats of “Take this shot or you will be left out of my ‘society’: no jobs, no public facilities, no school, no shopping at his stores, no travel…” These may seem harsh but Satan is not saying “Take this shot or I’m going to grab you and stick you in the arm,” anymore. He is dealing with Allah (God) based on his “legal” interpretation of the deal Satan made with Allah (God) as revealed in the Holy Qur’an Surah 14 verse 22:

“And the devil will say, when the matter is decided: Surely Allah promised you a promise of truth, and I promised you, then failed you. And I had no authority over you, except that I called you and you obeyed me; so blame me not but blame yourselves. I cannot come to your help, nor can you come to my help. I deny your associating me with Allah before. Surely for the unjust is a painful chastisement.”

A key statement by Satan in this verse is “… And I had no authority over you, except that I called you and you obeyed me…” Satan is betting that he can hold God’s Judgment off by making his victims believe that he has “authority” over them, when in fact all they have to do is Separate from him.

Separation has been what the Most Honorable Elijah Muhammad declared “the best and only solution” to  the race problem in America for 90 years. So, the slave master’s children are telling Black folk to take their shots or leave. The choice is still ours: “Separation or Death.” Dr. Ridgely Muhammad is a member of the NOI Research Group