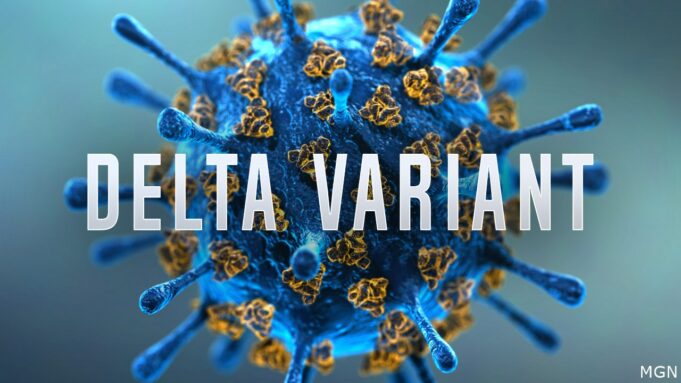 “I want to tell you right up front, you will not conquer this virus because it didn’t come from Wuhan. It did not come from Fort Detrick in Maryland because if you had made it, you would know how to handle what you made. But you don’t know this virus, it’s new, it’s different. It mutates and goes in different directions with a different strain of itself.”

Just when America’s political leaders, business leaders and medical leaders were embracing a return to normalcy came an indisputable revelation: there is no return to what was.

What is emerging are battlelines in the country as the federal government, local government, educational institutions, and businesses try to force Americans to take the deadly, experimental Covid-19 vaccines or be punished severely.

As U.S. News and World Report stated in a July 30 headline, “No Shot, No Shoes, No Service. Frustration over coronavirus vaccine reluctance is prompting an emerging new approach: We can’t make you do it. But we’re going to make your life hard if you continue to refuse.”

But will millions of people simply kowtow to the demands of the federal government, their employers, and other institutions, or will seething anger, distrust and dissatisfaction lead to an outright explosion?

Fractures along racial, political, economic, social lines and now vaccine lines in this country are deep and well-armed Whites may be especially prone to revolt as the unraveling of America continues before our eyes.

Over a year ago, the United States and the world were given right guidance and a prescription for healing the country from the coronavirus pandemic. Instead of heeding the words and warning of the Honorable Minister Louis Farrakhan delivered July 4, 2020, which called for repentance, embracing alternative Covid-19 treatments and therapies, and seeking a solution to the pestilence from heaven offered by this divine man, the country has tried to move on. The country has failed.

Now with the highly transmissible Delta variant of the coronavirus fueling hospitalizations and admissions that those who are fully vaccinated can spread the virus, the Covid-19 crisis is intensifying. Now there is talk of going back to masking and social distancing but many Americans are refusing to go back.

And the “unvaccinated” have been declared the enemy and are now subjected to ridicule, punishment, and loss. What will that mean for Black people who are disproportionately poor and often rely on government assistance programs? Will getting public aid, public education and even public employment depend on taking the Big Pharma vaccines? Vaccines that don’t work and are turning out to be falsely-promised magic bullets.

“In an alarming reveal by the Centers for Disease Control and Prevention, the agency acknowledged ‘the war has changed’ in the fight to end the pandemic. An internal CDC memo first reported by The Washington Post states that fully vaccinated individuals can spread the deadly Delta variant at the same rate as unvaccinated people,” wrote Stacey Brown for the NNPA Newswire, which transmits information to Black newspapers around the country, on July 30. “CDC officials said that the Delta variant ‘is about as transmissible as chickenpox, with each infected person, on average, infecting eight or nine others.’ ”

So it’s not the unvaccinated who are spreading the Delta variant, it’s also the fully vaccinated, and being vaccinated is not solving the country’s problem.

A French Nobel Prize winner for research work with the AIDS virus believes the vaccine is actually causing the variants. It’s hard to find Dr. Luc Montagnier’s analysis online because of Big Tech censorship of anything that does not fit the narrative pushed by moneymaking vaccine companies or the U.S. government.

According to Dr. Montagnier, the Covid-19 mass vaccinations are an “unacceptable mistake” and “a scientific and medical error.” His words from an interview were translated from French into English by the U.S.-based RAIR Foundation, which published an article and put a two-and-a-half minute clip on their website.

Pierre Barnérias of Hold-Up Media asked, “How do you view the mass vaccination program? Mass vaccination compared to treatments that work and aren’t expensive.” “It’s an enormous mistake, isn’t it? A scientific error as well as a medical error. It is an unacceptable mistake. The history books will show that because it is the vaccination that is creating the variants,” Dr. Montagnier answered.

“Vaccinating during an epidemic is unthinkable. Epidemiologists know it. It is the antibodies produced by the virus that enable an infection to become stronger. It’s what we call Antibody Dependent Enhancement, which means antibodies favour a certain infection. It is clear that the new variants are created by antibody-mediated selection due to the vaccination,” argued Mr. Montagnier in the interview published by the RAIR Foundation in May.

“The new variants are a production and result from the vaccination you can see in each country. The curve of vaccination is followed by the curve of deaths. I am currently conducting research with those who have become infected with the coronavirus after getting the vaccine and I’ll show you that they are creating the variants that are resistant to the vaccine,” he said.

Unsurprisingly, something surfaced on social media supposedly with Mr. Montagnier saying those who took the vaccine would die in two years. The RAIR Foundation said the epidemiologist never made such a statement but stood by their reporting of Mr. Montagnier’s warning about the vaccine causing the variants.

Amuch more important warning came from Min. Farrakhan last summer. He delivered a message about the coronavirus and what would and would not happen. As the Minister warned, the coronavirus has mutated and moved as if directed by another power. The country has not gotten back to normal, the country has not defeated the virus, nor can handle it scientifically. At their wits end, political and other powerful forces in America are taking extreme measures and forcing people into taking the vaccine.

None of that will work and is pushing the United States closer and closer to her ultimate doom.