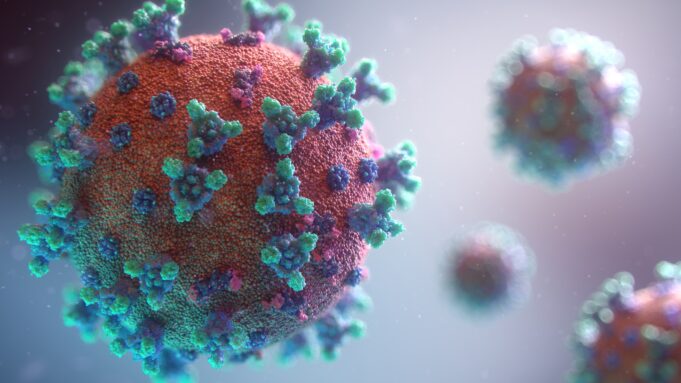 Dr. Safiyya S. Shabazz is the owner and Medical Director of Fountain Medical Associates in Philadelphia. In May, 2020, during an online group chat for physicians, she learned that the anti-parasitic drug ivermectin was demonstrating effectiveness in treating Covid-19. She began using it at times in her treatment of patients.

Initially, Dr. Shabazz noted, since most people recovered from the disease and illness on their own, she wasn’t sure the ivermectin was actually making a difference. However, since it was safe and had the potential to keep her patients off ventilators, she continued to use it. In an interview on July 7, Dr. Shabazz shared her experience with ivermectin over the past year.

Charlene Muhammad (CM): What have you experienced, to date, using Ivermectin in your practice?

Dr. Safiyya Shabazz (SS): I would offer it to patients and let them know that at the time just a single dose was recommended and I thought the medication was safe. It may or may not work. Otherwise, I just had the vitamins that I would offer people. I experienced amongst my patients no problems or side effects. It’s true that most people will recover (from the virus), but it was sporadic at times.

Starting in October, 2020, in my area, we started to experience this surge of cases that really took us through the end of February, 2021. During that period of time, I treated, along with nurse practitioner Valeria Muhammad, a couple of hundred (200) patients with ivermectin, and the experience was positive. No one complained of side effects. Most of my patients recovered without the lingering symptoms that you hear about. And since the beginning of the pandemic, even with just the vitamins, none of my patients passed away.

We had a couple of hospitalizations. But overall, my experience has been very positive with the medication (ivermectin). I’ve had patients who were very thankful because they may have had several people in their household who had the infection but I was only caring for one of the people in the home; they felt badly that their relatives were not being treated and were not recovering as quickly. So, my personal experience has been positive, with the medication.

I’ve started to receive calls from all over the state of Pennsylvania, really mostly Caucasian people, who saw my name on a list of people who are willing to prescribe the medication, and they call from all over for it. I’ve used it less frequently for prevention. I think that it is an option, an alternative. I feel more confident that it can make a difference in treating people who actually have Covid or for after they’ve been exposed to prevent them from catching the infections. But yes. I’ve used it and I feel positively about it.

I have never in my life experienced pharmacies refusing to fill medications. There are pharmacists who refuse to fill it. We were contacted by CVS Pharmacy and told that they had a corporate mandate that they will not fill the prescription, which I thought was outlandish considering there is no safety concern that I’m aware of. They fill (prescriptions for) narcotics every day that kill people. They know they kill people, and they’ll fill those all day long, but they refuse to fill the ivermectin.

Dr. Shabazz next spoke to the overt suppression of ivermectin that she has encountered

SS: … there are many doctors who refuse to prescribe it. It is prescription only. … I have never in my life experienced pharmacies refusing to fill medications. There are pharmacists who refuse to fill it. We were contacted by CVS Pharmacy and told that they had a corporate mandate that they will not fill the prescription, which I thought was outlandish considering there is no safety concern that I’m aware of.

They fill (prescriptions for) narcotics every day that kill people. They know they kill people, and they’ll fill those all day long, but they refuse to fill the ivermectin. And the reason I was given is, it does not work, which has never been a reason why a medication was refused. I’ve never had a pharmacy refuse to fill a medication that I’ve prescribed before. I’ve had pharmacies call back to make sure that I got the dosage right so I don’t harm someone, but I have never had a pharmacy refuse any medication.

It doesn’t matter what I was prescribing, oxycodone, morphine, whatever, they’ll fill it. But they have outright refused at many of the larger pharmacies, which I believe is a direct result of one, politicization, but also, I suspect there are financial interests in not building the evidence that would make it clear that this very inexpensive, readily available, safe medication should be part of the arsenal that is offered to people.

Like I said, every intervention is like a layer of swiss cheese. It’s not copletely foolproof, but if you can layer up several different interventions, together, then I believe you can make a difference, and it should be offered as part of the toolbox of options. My patients have done well. Very few of them have the long-haul syndrome so I’m going to continue doing it, unless I am unable to, which hopefully it doesn’t come to that.

CM: Thank you. Are any of your colleagues using it as well, and having the same results?

SS: I work basically alone in that I have a private practice and my nurse practitioner, Valeria Muhammad. But because there’s still a non-recommendation from the NIH (National Institutes of Health) or CDC (Centers for Disease Control) regarding it not being effective and shouldn’t be used, I think that many people are more algorithm-based or they may say evidence-based, but there is evidence that it works.

I don’t know if the type of evidence that people are saying they would want to see (large randomized controlled trials) before they use it will ever be generated.  It’s a very inexpensive medication, and the focus really has been more on newer, likely much more expensive options, and I think that that is a big part of the pushback against its use. The risk is very low with using it. Even if it was marginally effective, I don’t know why you would discourage people from using it unless there is a safety concern, and I’m not aware of any safety concerns.