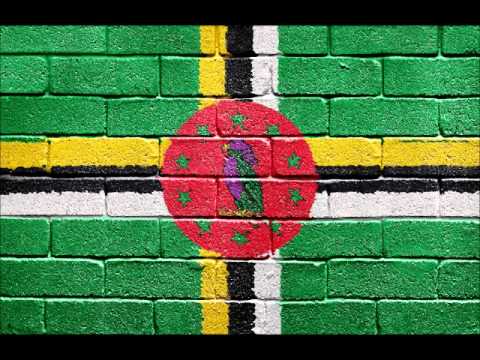 SAN JUAN, Puerto Rico—The elementary school student stood up, pulled down her face mask and leaned into the microphone. She swallowed hard before trying to spell the word “discover” in French Creole.

“D-E-K-O-V-I” she tried as she clasped her hands behind her back while standing in front of a row of gleaming trophies.

The student pursed her lips and sat down, temporarily felled at a Creole spelling bee in the eastern Caribbean island of Dominica. Her difficulty with the language is far from unique on the tiny nation, which is trying to preserve and promote that centuries-old creation by Africans who melded their original tongues with those of the European plantation owners who held them in slavery.

Kweyol, as it’s known in Dominica, is one of many Creole variants spoken on more than a dozen Caribbean islands—complex cultural creations that were long considered informal, inferior and broken languages spoken by uneducated people.

“Your ability to use the European language, be it English, French or Dutch, is seen as an indicator of educational attainment,” said Clive Forrester, a linguistics professor at Canada’s University of Waterloo and secretary of the Society for Caribbean Linguistics. “The attitudes have improved, but the underlying feeling is still there. Almost everything related to African culture is seen not as prestigious as European culture.”

Officials in Dominica, an island of some 75,000 people, hope to change that perception: They’ve started teaching Kweyol in 16 of the island’s 56 primary schools this year in brief snippets: “A five-minute pause for the Creole cause.” They say a lack of Kweyol-speaking teachers holds back a broader program.

Students learn the language’s roots and simple words and phrases and some compete in a spelling bee introduced 11 years ago, said Charlene White-Christian, modern language coordinator for Dominica’s Ministry of Education.

She herself is still learning more of the language since her parents never spoke it with her: She learned via friends and from studying linguistics.

“We don’t want to lose it,” she said. “We view the language as part of our culture. It’s nothing without the language.”

To help preserve the language, Dominican scholars have published two Kweyol dictionaries—the newest 150 pages long—and are working on a third as they debate how to say words like “computer” or “flash drive,” which never had a Creole equivalent.

“We’re kind of struggling with that,” said Raymond Lawrence, chairman of Dominica’s Committee for the Study of Creole. “Dictionaries take a lot of time.”

Pride in local Creole languages has grown in recent years, though only a handful of Caribbean nations so far have declared them official, including Haiti, Aruba and Curacao. Only a few offer regular classes, and experts say they don’t know of any place where it’s the main language of education.

The version spoken in Dominica and nearby Saint Lucia originally mingled African languages with the French spoken by the first colonists and occasionally a bit of the Indigenous language. Dominica was a French colony for 48 years and then a British one for 215 years, which also led to the rise of English Creole on that island.

The most widely spoken French Creole is in Haiti, a country of more than 11 million inhabitants. A few thousand also speak the Kouri-Vini creole of Louisiana, also once a French colony. Linguists say that some people in very rural areas of nations including Haiti and Jamaica speak only Creole languages, often because they did not go to school.

Papiamento, a Portuguese-based Creole, is used in Aruba and Curacao, where it was adopted by a local Sephardic Jewish community, said Hubert Devonish, a Jamaican linguistics professor and member of the International Center for Caribbean Language Research.

English-based Creoles range from the Gullah of coastal North Carolina to the Patois of Jamaica that echoes through that nation’s music.

English Creole may have developed in Barbados in the late 1640s after a local population of African slaves grew larger than that of White people, Mr. Devonish said. He added that French Creole might have first developed in St. Kitts, the first French plantation colony.

The languages then evolved across the centuries, affected by education, migration and the island’s’ relationship with their former colonial powers.

Some people abandoned Creole languages to escape poverty and discrimination, while some of the educated elite eventually seized upon them as symbols of national identity and campaigned for them, Mr. Devonish said.

In many Caribbean nations, “there is a broad acceptance that to participate in national life, you have to talk the languages of the people,” he said. That has not yet happened in Dominica.

“Up until now, you can be Dominican without being able to speak Creole,” he said. “Dominica has ended up in a serious situation of language loss.”

Experts aren’t sure why the language eroded more in Dominica than on other islands. Some suggest it might be due to a rigorous teaching emphasis on English, or to the presence of a competing English-based Creole known as Kokoy introduced by workers from other islands in the late 19th century and spoken by residents in the island’s northeast.

A push to save and promote Creole languages was born in the 1960s when the Caribbean experienced its own Black power movement, Mr. Forrester said.

“Different artifacts of Caribbean culture, the music, the spirituality, the languages, all of those things were being reexamined and, in a sense, elevated by cultural advocates,” he said. “The language came along for the ride.”

Social media also now plays a role, with teens and young adults posting in Creole, said Mr. Forrester, whose first language is Jamaican Creole. He noted that there’s a certain pride in using Creole, but that it’s more pronounced in people who also have mastered English.

He said the most at-risk language in the Caribbean now is a dying French Creole in Trinidad spoken only by a handful of aging people despite attempts to revive it, A Berbice Dutch Creole in the South American country of Guyana died more than a decade ago.