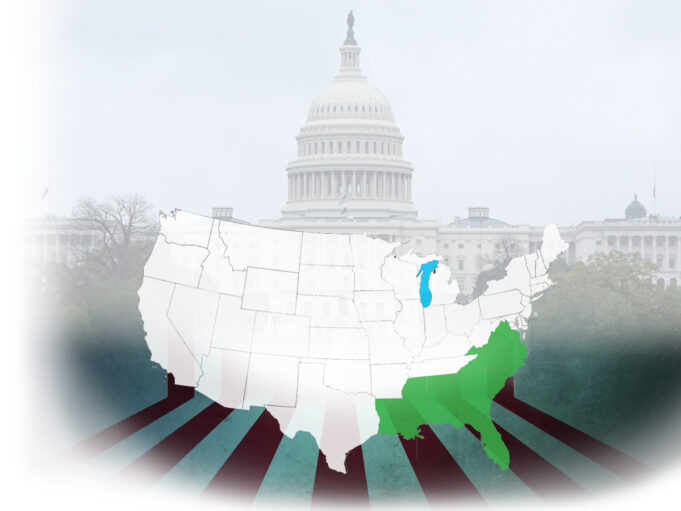 [Editor’s note: The following text is excerpted from an August 7, 2002 speech by Minister Louis Farrakhan at Mosque Maryam in Chicago. To order this lecture in its entirety on CD, DVD or MP3, visit store.finalcall.com or call 1.866.602.1230.]

We do not go to church just to go to church. We do not go to the mosque, the synagogue, the temple, the shrine or the cloister to just have a meaningless experience with singing and shouting and hearing the preaching, but then go right back out into the world to do the same old wicked things that we did prior to coming to the house of worship. The house of worship, be it the mosque, church, cathedral, synagogue or temple, must be a place that cultivates the human being to be his fullest in human development, which has to take into consideration all of the aspects of the needs of the human being—not just a spiritual need but an intellectual and scientific need, a moral need, a political need, an economic need, a social need, a need to be under law that renders human beings equal before and under that law. True religion is a way of life ordered by Allah (God) that fulfills the needs, the rights and the righteous interests of the human being so that he can grow to be fully what Allah (God) intended for the human being to become.

For us to read the Qur’an in Arabic or in English, read the Bible in Hebrew, Greek, or English or any other language and not be found on a daily basis improving and cultivating and developing ourselves according to the nature of our creation, then our religion is wasting our time. Therefore, whenever God sends a prophet, that prophet teaches people a way of life that is complete. Religion is not a crutch to lean on for people who can’t walk. Religion is a guide—life ordered by Allah (God) that would make the life that He gave us successful in all aspects.

Allah (God) did not raise us to be failures. We are failures when we disobey and go contrary to the ordered life that Allah (God) has, not only for the sun and the moon and the stars, but He has an ordered life for human beings. He not only sets the creation in motion, but He regulates the affair of that creation. And as long as we are in obedience, there is no failure. Success is all in front of us through our obedience.

Disobedience brings separation
Jesus says in the Bible: “The Kingdom of heaven is likened unto a man who sowed wheat in a field. And while men slept an enemy crept in and sowed tares in among the wheat.” At a certain point the wheat and the tare looked just alike. So you can’t jump in there ahead of the season to try to separate the wheat from the tare because you might be killing the wheat thinking you are killing the tare.

But in the proper season, if you’re patient, the wheat will bear fruit; the tare won’t. At that time, you must come in to harvest and separate the wheat from the tare. The wheat, Jesus said, we will gather into the barn, but the tare, we shall bind and burn. He didn’t stop there. He made another parable of the sheep and the goat. Sometimes the sheep and the goat will be together but the nature of the two is different. The sheep is a peaceful little fellow and the goat is always into some mischief.

What is the day that can’t be averted? It is the Day of Judgement. I don’t care what (President) Bush does; he has to face the real God of Power. There is a real court that has already been set up for him because no other nation can judge him, just as no nation could judge Pharaoh, no nation could judge Nebuchadnezzar, but Allah (God) was able to judge what others could not judge. He had power over all things.

Jesus said, “Two will be lying in the bed.” It would seem like they are in agreement if they are in bed together. And that’s what you think. But the scripture says that Allah (God) will take one and He will leave one. So don’t get so hung up on your partner in the bed. You’d better get hung up on the God of both of you because there is a day coming when the partner in the bed with you won’t be able to stay in your bed if the partner is not right. The Book says, “Two will be grinding at the mill.” It will look like they are doing a common work together, but Allah (God) will take one and he will leave the other.

Be ye doers of the word
Jesus was a man of peace, but the condition of the world was such that he couldn’t just offer peace to the world in its wickedness. He said, “Think not that I come to bring peace—nay, a sword.” Why are you coming with a sword, Jesus? I thought you were a man of peace. He said, yes, but if you had wanted peace, you would have got up and followed me in obedience to my Father as I am in obedience to my Father. But I have piped to you all the day long and you refuse to dance.

John, the Revelator said, “Come out of her my people that you be not partakers of her sins and her plagues. For her sins have reached unto heaven.” Jesus said, “Be ye separated.” A Christian is not supposed to integrate into the world of evil. A Christian is supposed to come out of the world. You are in it but you are not of it.

Elijah Muhammad said, “Muslims, I want you separated.” We are in America. How do you separate? You come out from under the influence of a way of civilization that is totally alien to Allah (God) and to the nature in which He created you. Jesus said, “I am the door. You can’t enter except you enter by me.” When you enter by Jesus, that means you come out from something and enter into something else. But you’ve got to come out of the mind that the White man created in the Black man and woman and in his own people.

God never made a nigger. In the Genesis, He made a man. So who made you less than a man—a nigger? Then you’re dumb enough to say, “Yeah, that’s my dog.” God made you to be a little “god” and the enemy turned you around to become a “dog.” So you’re the total opposite of what God made you even in the church, in the mosque, in the synagogue. And that’s why Paul said, “Be ye not conformed to this world but be ye transformed by the renewing of your mind.” When your mind is renewed, you’ve come out. Then you are not a partaker of her sins and her plagues.