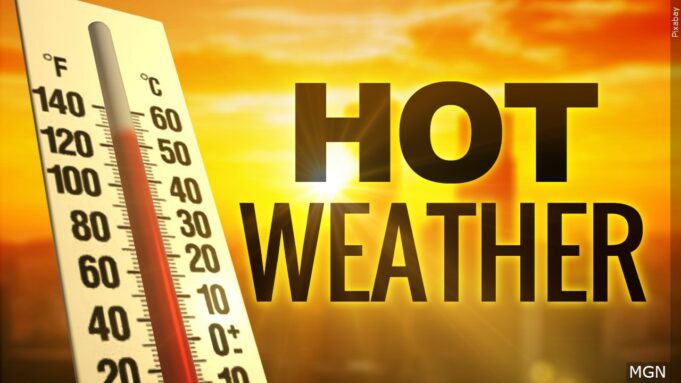 A “pressure-cooker” heatwave that broke temperature records twice in 48 hours in the U.S. northwest and western Canada is being mirrored across large parts of the northern hemisphere, the World Meteorological Organization (WMO) said on June 29.

“An exceptional and dangerous heatwave is breaking in northwestern United States of America and western Canada; this is obviously a part of the world which is more accustomed to cool weather,” said Clare Nullis, spokesperson for the World Meteorological Organization (WMO). “Temperatures are likely to reach as high as 45C (113F) by day for perhaps five or more days; so that’s a very long spell, with extremely warm nights in between.”

Canada’s all-time temperature record was broken on June 27 in Lytton, British Columbia, with a high of 46.6C (116F). “This smashed the previous record—normally when you break a record, it’s by a small margin—this smashed the record by a full 1.6C (35F),” Ms. Nullis said.

Less than 24 hours later, on June 28, Lytton broke the record again, this time measuring 47.9C (118F), despite the fact that “it’s in the province of British Columbia, it’s to the Rocky Mountains, the Glacier National Park, and yet we’re seeing temperatures which are more typical of the Middle East or North Africa,” Ms. Nullis continued.

Such extreme temperatures pose a major threat to people’s health, agriculture and the environment “because the region is not used to such heat and many people do not have air conditioning,” WMO said in a statement, before welcoming the fact that the authorities had issued a series of early weather warnings to limit the risk to those most vulnerable.

Citing Environment and Climate Change Canada meteorologist Armel Castellan, WMO said that higher temperatures would likely peak early this week on the coast and by the middle of the week for the interior of British Columbia; afterwards, the baking heat is expected to move East towards Alberta.

“Yukon and North West Territories have recorded their all-time highest temperatures not just in June, but any point in the year. We are setting records that have no business in being set so early in the season,” said Mr. Castellan.

WMO’s Ms. Nullis explained that the extreme heat is caused by “an atmospheric blocking pattern” which has led to a “heat dome” trapped by low pressure either side.

“Normally you have the jet stream which is this vast high-moving belt of wind which  … moves weather on, but it’s not happening this time … it’s almost like a pressure cooker effect and you’ve got very, very high heat.”

The current heatwave follows another intensely hot period less than two weeks ago that baked the U.S. desert Southwest and California, with hundreds of record highs.

Western Russia and areas around the Caspian Sea have also seen unusually high temperatures, the result of a large area of high pressure.

“It is likely that some all-time temperature records will be set during this heatwave,” WMO said, underscoring the impact of human-induced climate change, which has resulted in global temperatures being 1.2 degrees Celsius (34F) higher than the pre-industrial levels. (UN News)