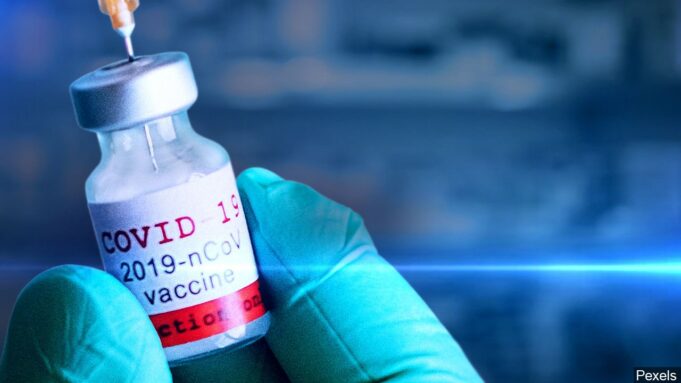 In February 2020, at the onset of the world crisis known as COVID-19, The Honorable Minister Louis Farrakhan spoke to the world about the unraveling of the world of Satan—the United States of America.

“You see the country cascading downward. You see the moral fiber of America getting into the gutter. Who wants a membership in a house of whores? Bought-and-paid-for leaders. Nobody can stand up if the enemy says, ‘you don’t stand up for that.’ Satan is having a field day with America. Evil has been made fair seeming.”

Less than a month later, in an unprecedented and coordinated assault, the media, the government, and the medical industry began telling a frightening tale of a mysterious, foreign, novel “virus” that was infecting millions and killing thousands. The Centers for Disease Control (CDC) reported rising death statistics that multiplied daily, even hourly.

Infections doubled; and then tripled. A wild virus had somehow jumped from bats into humans, the CDC claimed, and it was so frighteningly deadly that if anyone were to survive, everyone on earth would need to be injected with a special serum being rushed into production in record time. They called it a “vaccine.”

By December 2020, the product was ready. Over the next six months, millions succumbed to Satan’s propaganda onslaught and were panicked into receiving at least one dose; many got two. But millions more relied on their God-given intelligence and were sufficiently clearheaded to hear and obey the warning and directive from the most trusted voice on Earth—The Honorable Minister Louis Farrakhan—describing the so-called “life-saving” serum as “toxic waste.”

Calling out the leaders behind this diabolical scheme on July 4, 2020, he said:

“They’re … now plotting to give seven billion five hundred million people a vaccination. Dr. Anthony Fauci, Bill Gates and Melinda, you want to depopulate the earth? What the hell gives you that right? Who are you to sit down with your billions and talk about who can live and who should die? That’s why your world is coming to an end quickly because you have sentenced billions to death. But God is now sentencing you to the death that you are sentencing to others.”

Then he turned to Black people and to the world and warned, “You have no right to trust them…Don’t take their vaccines.”

In the wake of Minister Farrakhan’s words, the experimental COVID-19 “vaccines” have resulted in an unprecedented number of deaths and injuries, killing more people than all vaccines administered in the United States from 1997 to 2013 combined. In addition, top scientists involved in the manufacture of the mRNA technology at the core of the Pfzier and Moderna products are warning people to stay away from these so-called vaccines.

Now, the most damning defection from the COVID-Depopulation Mania has occurred. The very inventor of the new technology that is used in making all of the COVID-19 “vaccines” is publicly warning America and the world about the damage those “vaccines” are causing to those who caved to the pressure to bare their arms.

Dr. Robert Malone invented the mRNA and DNA technology used in the experimental serum “vaccines” and he is now saying that the alarming side effects they cause—such as bleeding disorders, blood clots, and heart problems—are NOT WORTH THE RISK:

“By way of background, please understand that I am a vaccine specialist and advocate, as well as the original inventor of the mRNA vaccine (and DNA vaccine) core platform technology. But I also have extensive training in bioethics from the University of Maryland, Walter Reed Army Institute of Research, and Harvard Medical School, and advanced clinical development and regulatory affairs are core competencies for me.”

In a lengthy interview Dr. Malone warned that data now suggests that certain toxic (poisonous) chemical ingredients of the “vaccines” roam freely in the body and they seem to accumulate in the ovaries of the woman and the testes of the man.

Women who get the COVID “vaccine” within the first 20 weeks of pregnancy are seeing a miscarriage rate of 82%! The normal rate is 10%. Equally alarming, a study shows that boys and men between the ages of 16 and 24 who have been vaccinated have 25 times the rate of myocarditis (heart inflammation) than normal.

Further, says Malone, the censoring of scientists discussing this issue is entirely unscientific and undermines critical medical understanding. Censorship may be responsible for even more unnecessary deaths.

Dr. Malone is bringing his concerns to the public because he warned officials of the U.S. Food and Drug Administration about the dangers posed by the COVID-19 “vaccines” many months ago, but, according to Malone, “they blew me off.”

The vaccine makers specifically claimed that they designed the injections so that the toxic “spike proteins” in the shots would remain at the injection site (upper arm) and not float about freely.

But the mounting reports of these serious side effects prove that these were deadly lies, and it appears that the “vaccines” have now been responsible for at least 6,000 deaths and thousands of injuries, according to the CDC’s own data.1

Further, Dr. Malone says that the entire COVID-19 program constitutes a human guinea pig experiment that violates the Nuremberg Code of medical ethics that were adopted after the world became aware of the Nazi medical atrocities.

“… as these vaccines are not yet market authorized (licensed), coercion of human subjects to participate in medical experimentation is specifically forbidden….In human subject clinical research, in most countries of the world this is considered a bright line that cannot be crossed. So, now we are told to waive that requirement without even so much as open public discussion being allowed?”

Dr. Joseph Mercola has been at the forefront of the fight to warn the world about the dangers of the government’s COVID-19 campaign. He questions the need for a vaccine at all, especially for groups that have a miniscule mortality risk from COVID-19:

“Children appear naturally immune against COVID-19 and have been shown to not be disease vectors, and people under 40 have an infection fatality ratio of just 0.01%. That means their chance of survival is 99.99%, which is about as good as it gets. Yet all of these incredibly low-risk groups are urged and even inappropriately incentivized to get vaccinated….

We’ve seen a clear suppression of information showing that there are not just one but several effective remedies that could reduce the risk of COVID-19 to a number of cohorts down to virtually zero. Examples include hydroxychloroquine and ivermectin, both of which have been safely used for decades in many millions of people around the world.

But when it comes to hydroxychloroquine and ivermectin, they suppressed the use of these drugs even though they are extremely safe when used in the appropriate doses and have been shown to work really well in many dozens of studies.”

Dr. Roger Hodkinson, one of the world’s leading virologists, was quite blunt:

“I can assure you that there are a vast number of physicians who do not buy into this idiocy. Physicians who are well trained can see through this immediately as so transparently stupid. It’s medical idiocy of the most grotesque degree that’s going on…”

Dr. Hodkinson confirms that the dangerous COVID-19 serum is having devastating effects on the reproductive organs:

“And that circulation takes the spike protein everywhere [in the body], including the placenta of women who happen to be pregnant at the time, which is a one-time hit for that particular pregnancy, probably not for subsequent ones. But there is also potential for a hit on the testes, which of course is not a one-time hit, it could be a permanent hit. In a world where we know that sperm counts have dropped 40 per cent over the last 10 or 20 years — a massive unexplained drop in sperm counts — we don’t need some additional hits on male fertility.”

Steve Kirsch is a high-tech entrepreneur and medical philanthropist. He shared the interview with Dr. Malone:

“It is baffling that the CDC says the vaccine is safe for pregnant women when it is so clear that this is not the case. For example, one of our family friends is a victim of this. She miscarried at 25 weeks. She had her first shot 7 weeks ago, and her second shot 4 weeks ago. The baby had severe bleeding of the brain and other disfigurements.

Her gynecologist had never seen anything like that before in her life. They called in a specialist who said it was probably a genetic defect (because everyone buys into the narrative that the vaccine is safe it is always ruled out as a possible cause).”

Kirsch said that doctors are reluctant to report these horrifying side effects to the CDC’s Vaccine Adverse Effects Reporting System (VAERS); therefore, scientists cannot accurately assess the damage this mRNA serum is causing.

According to Kirsch, the rate of death from COVID-19 shots exceeds that of more than 70 vaccines combined over the past 30 years, and it’s about 500 times deadlier than the seasonal flu vaccine, which historically has been the most hazardous. Kirsch’s own calculations are frightening:

“I recently learned that these vaccines have likely killed over 25,800 Americans (which I confirmed 3 different ways) and disabled at least 1,000,000 more. And we’re only halfway to the finish line. We need to PAUSE these vaccines NOW before more people are killed.

“Based on what I now know about the miniscule vaccine benefits (approximately a 0.3% reduction in absolute risk), side effects (including death), current COVID rates, and the success rate of early treatment protocols, the answer I would give today to anyone asking me for advice as to whether to take any of the current vaccines would be, ‘Just say NO.’”

While scientists are speaking up more about the data and the dangers, they are unraveling a larger plot that proves that none of this deadly result is a “mistake” or “bad planning” or “unforeseen.” These demonic bought-and-paid-for leaders have deceived millions into allowing toxic waste into their bloodstreams, a dangerous poison that was never intended to fight any “virus.” The COVID-19 “vaccine” is doing EXACTLY as planned—target the victims’ reproductive organs, prevent them from reproducing, to ultimately cull masses of “useless eaters” from the planet Earth.

How does SEPARATION sound to you now?