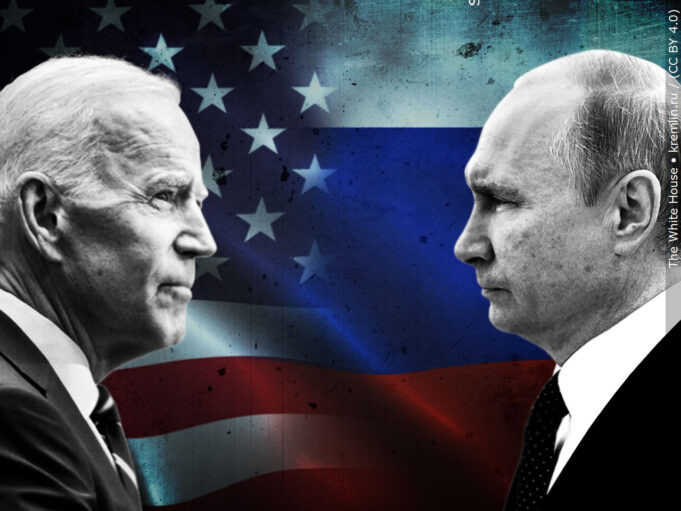 When President Biden met with Russian Vladimir Putin the subject of “misdeeds” by the former KBG agent were blasted in the American media. When Mr. Putin responded by questioning American respect for human rights and illegal actions on the world stage, the mainstream media started to howl.

“Russian President Vladimir Putin displayed his ‘classic’ whataboutism play at the news conference after his meeting with U.S. President Joe Biden concluded, former Top Russia Adviser to President Trump Fiona Hill said. ‘His tone was dispassionate and matter of fact and slightly cynical,’ she said. ‘This whataboutism is a classic Putin play as well, just turning every question back to either to the questioner or also to things that are happening in the United States or whichever country that he’s meeting with,’ ” reported CNN following the separate Biden and Putin press conferences that followed their meeting in Geneva, Switzerland.

“Whataboutism” is the media catchphrase for when Mr. Putin, or others, don’t respond to American claims or charges of human rights violations, curtailing press freedoms, militaristic aggression, election meddling and now cyber attacks that can disable critical infrastructure or industries.

But America, herself, is guilty of these very crimes, despite the mainstream media’s refusal to admit these failures or concede that Mr. Putin, whether his good or bad, actually spoke some truth.

What did he say? “Anything that happens in our countries is something that particular leadership is responsible for and the presidents included,” observed Mr. Putin in response to a question and journalists noting that Mr. Biden once referred to him as a killer. “Look at the American streets, people are getting killed there, including those who are leading the various political organizations, you can get a bullet in the back of your neck. A woman just ran away from the police and they shot her in the back,” said Mr. Putin.

“Take Afghanistan, one single strike and (you) kill to the tune of 120 people. Assuming this was a mistake, it happens in a war. But shooting from a drone, and then on a crowd, clearly the civilian crowd, what is this about? How would you call that? And who’s responsible for this and how would you call this person? Who is the killer now?” he asked.

He’s not alone. “Drone technology provides powerful temptation to go to war. As the U.S. government increasingly uses drone technology outside of traditional armed conflict theaters, it sets dangerous precedents: that the government may kill secretly and refuse to answer credible concerns; and that using lethal force is the American norm and standard, despite the costs to U.S. legitimacy and local populations,” said Naureen Shah, acting director of the Human Rights Clinic at Columbia University School of Law, in Senate testimony in 2013 as the Obama administration engaged in drone wars. “The public and policymakers are in the dark about the extent of lethal drone operations outside of Afghanistan, their strategic impact and their effect on local populations. Basic information, such as the government’s legal standard for who may be lethally targeted and its assessment of the number and identity of individuals killed, is not available to the public,” she noted.

How does that sound for the “world’s greatest democracy?”

Mr. Putin, however, wasn’t finished: “Going back to the human rights record, like Guantanamo prison is still operating. It doesn’t even start to resemble what is stipulated in the international law or in the U.S. legislation. And yet it exists. Secret CIA prisons across the globe, including those in the European countries where people were tortured. Is this the great human rights record? I doubt that anyone here would agree that this is how you protect the human rights.”

“So when people get funding from abroad, to stand for the hidden agenda of those who are paying them, who pays the Piper?” he asked.

As Sputnik International, a Russian news service, reported: “Commenting on the Black Lives Matter protest movement in the United States, Putin said that while Russia sympathizes with the American people, it does not want and will not allow for similar widespread unrest to take place on its territory. The same goes for the riots that took place at the U.S. Capitol complex in Washington, D.C., in January, he said.”

RT.com, another Russian news outlet, reported, “ ‘We support African Americans’ fight for their rights,’ (Putin) said, adding that Moscow was ‘against any … kinds of extremism, which, unfortunately, sometimes … we witness these days.’ ” So while the U.S. wanted to discuss the plight of jailed Putin critic Alexei Navalny, the Americans were again reminded of their own problems with voices of dissent at home.

None of this is to pardon Mr. Putin for any wrongs he may have committed or crimes he may be guilty of, but U.S. media needs one standard. Dismissing proven failures in this country on the world stage doesn’t help. Where is the search for and the commitment to the truth?

Or are we witnessing the same lap dog media response that led to the Iraq War, the loss of thousands of U.S. lives and some 650,000 Iraqi lives, according to The Lancet magazine. Those deaths were based on the lie that Saddam Hussein was involved in September 11, 2001 attacks on the World Trade Center in New York. The Bush administration lied. The American media repeated those lies. Was nothing learned and is American media independent or a tool of U.S. foreign policy?

The truth matters, justice matters and the suffering and targeting of Black, indigenous, non-White and poor people in this country matter. So instead of finger pointing abroad, America would be best served by solving the race problem and the lack of opportunity and democracy at home. Hiding the truth won’t work and won’t save the country.