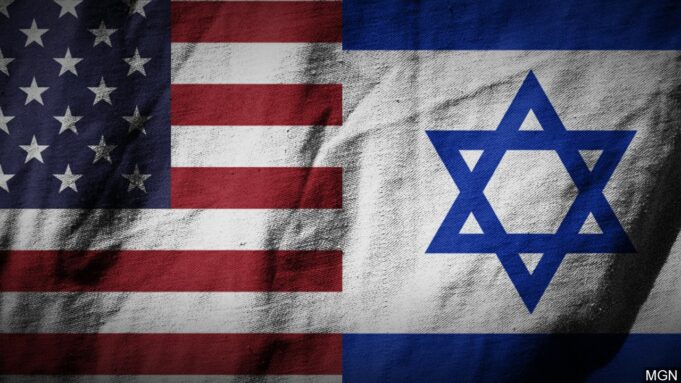 Israel and Egypt are America’s principal Middle East and North Africa watchdogs of United States foreign policy. Why else would Israel be endowed by Washington with $3.8 billion in aid plus $8 billion in loan guarantees annually.

Coming in a distant second is aid to Egypt, which according to the State Department’s website has long played a central role in the country’s economic and military development and in furthering the strategic partnership and regional stability. “Since 1978 the U.S. has provided Egypt with what now totals over $50 billion in military and $30 billion in economic assistance,” notes the department’s official website.

According to Tom Mayer, retired English professor and senior editor and vice president for W. W. Norton and Company, “Abundant evidence suggests that the main cause for U.S. support (of Israel) is the valuable aid that Israel provides to United States imperialism.”

“Indeed, Israel must be considered the principal agent of U.S. imperialism in the Middle East. Perhaps its most important benefit to American imperialism is the constraints that Israel’s military power places upon Arab nationalism,” he continued.

Arab nationalism threatens the privileged U.S. relationship to Middle Eastern oil described by the State Department as “a stupendous source of strategic power and one of the greatest material prizes in world history.” In addition to its enormous economic value, Middle Eastern oil facilitates the U.S. dollar as the world’s reserve currency. This invaluable financial arrangement allows the U.S. to invest voluminously abroad and to sustain huge trade deficits,” Mayer wrote in the Colorado Daily.

“As a candidate, Biden promised that there would be no ‘blank checks’ for the man Donald Trump once addressed as ‘my favorite dictator.’ Yet when Biden and Egyptian president Abdel Fattah el-Sissi spoke on the phone, the two leaders discussed human rights in terms of a ‘constructive dialogue’ and ‘reaffirmed their commitment to a strong and productive U.S.’ Egypt partnership,” according to the White House, Mayer noted.

This was followed by Biden handing the mediation of a ceasefire between Israel and Hamas—while Israeli police rounded up and brutalized Palestinian demonstrators—over to el-Sissi. This included “a rare public visit by the Egyptian intelligence chief, Abbas Kamel, to Tel Aviv, Jerusalem and Ramallah, and Israel’s foreign minister, Gabe Ashkenazi, traveling to Cairo—the first visit by and Israeli foreign minister in 13 years,” reported the Guardian.

Adding to the current foreign policy drama is the conflict playing out between Egypt, Sudan and Ethiopia over the Great Ethiopian Renaissance Dam (GERD).

The source of much Ethiopian pride the completion of the dam with an installed capacity of 6.45 gigawatts, will be the largest hydroelectric power plant in Africa, and the seventh largest in the world. El-Sisi and Sudan have complained that the second filling of the dam would severely threaten the water levels of the Nile, which both Sudan and Egypt are dependent on.

Here is where it gets interesting. El-Sissi threatens Ethiopia with possible military action over the dam, and the U.S. pivots from its tacit support of Israeli Prime Minister Benjamin Netanyahu and his relentless bombing campaign of Gaza, repeatedly remarking, “Israel has a right to defend itself.”

Biden then hands off so-called peaceful negotiations between Israel and Hamas to el-Sissi and turns his attention to Ethiopia and Eritrean “atrocities in Tigray.” Mind you, the U.S. has allowed the raining down of death and destruction with impunity into Gaza, the most densely crowded area in the world. Gaza has been described as an open-air concentration camp from which its two million inhabitants have no place to run. The Palestinians there recently suffered 11 days of sheer hell in which nearly 300 people were killed, including 66 children and 29 women, and nearly 2,000 wounded.

The Western press, including The Financial Times, noted that the Biden Administration’s “patience has snapped with Ethiopia, an important U.S. ally in Africa.” “Washington imposed visa restrictions this week on as yet-unnamed Ethiopian and Eritrean officials, saying they had ‘taken no meaningful steps to end hostilities’ in a brutal six-month war in the Tigray region,” the Times reported.

“The U.S. also put curbs on economic and security assistance, though humanitarian aid—which accounts for most of the $1bn it spends in Ethiopia each year — will continue.”

If this isn’t double standard with Western media complicity, I don’t know what is. The U.S. may not have expected Ethiopian Prime Minister Abiy Ahmed, through his Ministry of Foreign Affairs, to put his foot down.

“If such a resolve to meddle in our internal affairs and undermine the century-old bilateral ties continues unabated, the government of the Federal Democratic Republic of Ethiopia will be forced to reassess its relations with the United States, which might have implications beyond our bilateral relationship,” he said, according to EastAfrican.com.