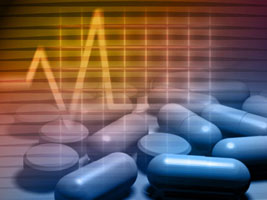 Studies show an unexpected rise in overdose deaths.  While experts expected the pandemic to impact those addicted to drugs, the rise in fatal overdose deaths was surprising.

“I think that that is a number that is very, very chilling,” Dr. Nora Volkow, director of the National Institute on Drug Abuse (NIDA), reported at the recent Food and Drug Administration Science Forum.  More than half of the deaths in both years came from synthetic opiates. “The most notable presence is fentanyl,” she explained.

Researchers at the University of California, Los Angeles looked at emergency room records and compared overdose deaths in 2020 to previous years.  They found overdose deaths increased by 42 percent in 2020 compared with 2018-2019.  Their research was reported in a recent study by the Journal of American Medical Association Psychiatry (JAMA).

“What’s really novel in this study is that we have the first national evidence that Black and Latinx communities were disproportionately affected by the pandemic,” explained study lead author Joseph Friedman, a researcher and student at UCLA to the media. “This has a lot of implications of how the country likes to handle the overdose crisis.”

The research was divided by region and found that while the Northeast had the most overdose deaths in the nation, as in previous years, states along the Pacific Coast saw the largest increase during the pandemic—more than 63 percent.

In 2020 fatal opioid overdoses increased 46 percent in Washington, D.C., according to city data and 2020 was Virginia’s deadliest year ever for opioid-related fatalities, according to preliminary data, with a 47 percent increase compared to 2019. Maryland saw a nearly 19 percent jump in fatal overdoses involving opioids.

“The drug overdose problem that’s happening in Wards 7 and 8 is a major problem,” Anthony Muhammad, president of the Citizens Advisory Council for the Seventh District of the Metropolitan Police Department, told The Final Call.

“We’ve heard so much about the covid deaths in the city but very little about these deaths.  Drug abuse continues to be a major problem in our communities, and we need more resources to treat drug addiction.”

Thousands across the country overdosed and died because they couldn’t handle the pandemic’s lockdown.  “People used social outlets as forms of escapism for the problems in their lives,” Dr. Khalillah Ali told The Final Call.  She treats opioid addicted patients in Dallas, Texas.  “When they didn’t have access to these outlets during the shutdown their lives were empty.  That’s why many equated the lockdowns to tyranny.  These outlets were their religion. They go to the bar after work religiously,” she said.

“When theses rituals were withheld many people lost their minds.  They couldn’t cope without their normal distractions.  Many adopted dogs to help comfort them.  Now that America is opening, they are returning the dogs and shelters are filling up.  Mental illness is on the rise in this country.  Alcoholism is another drug of choice.”