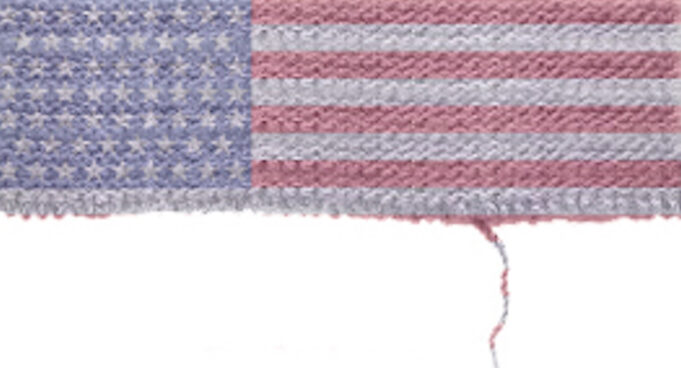 “And the winepress was trodden without the city, and blood came out of the winepress, even unto the horse bridles, by the space of a thousand and six hundred furlongs.”

Where will the next instance of mass killing happen in America?

That question haunts the United States as almost daily somewhere in this country, tears are shed, hearts are broken as bullets fly and sizable numbers of people die.

Samuel Cassiday of San Jose, Calif., has joined the ranks of those who are signs of the unraveling of a great nation and a society that continues to turn on itself.

Acrimony, conflict, discord or savagery are rising and manifested in popular culture, music, politics, broadcasting, social media and can be highly lucrative, through reality TV shows, podcasts, and social media followings that translate into dollars and sponsors. This ugly American trait even brings political success. Look at the ascension of Donald Trump and his ideological offspring, who use inflammatory, divisive, aggressive and antagonistic rhetoric to focus on White grievance to gain power and wealth.

Samuel Cassiday, described as an angry White man in media reports, went beyond harsh language and into homicidal gunplay. According to police, the employee at the Santa Clara Valley Transportation Authority, with a history of drinking problems and seething fury, came to work and slaughtered nine co-workers. Then, police say, he turned his high powered handgun on himself.

The May 26 attack, authorities say, was intricate and well-planned. “Samuel Cassidy prepared for years to unleash his rage. He had weapons. He read up on terrorism and manifestos. He harbored bomb-making materials. He rigged his home to go up in an inferno as he set out to kill nine fellow employees at a light-rail hub in San Jose,” USA Today reported May. 28. “While he plotted intricately for a mass attack, appearing like a terrorist on a mission, his motive was much simpler: He just hated his co-workers. That’s the picture painted so far by law enforcement as detectives try to understand the pent-up animosity that Cassidy appears to have kindled for a decade against the people he worked alongside.”

These explosions of violence, whether in suffering, stressed and deprived Black neighborhoods or placid suburbs, are a way of life in a nation with a bloody history. The blood and sorrow are flowing and the senseless loss of life is not ebbing, it is increasing.

As Reader’s Digest noted, “According to Mother Jones, the five mass shootings that have resulted in the largest losses of life have all happened since 2007. But why is that the case? According to Joseph Hoelscher, the managing attorney of Hoelscher Gebbia Ceped PLLC, one of the largest capital (death penalty) litigation firms in Texas, mass shooters aren’t like other criminals who seek to kill a specific person or persons for a limited, specific motive, such as revenge for personal offense or because of gang-related politics.

“Mass shooters want to send a message by creating a body count,” he told Reader’s Digest.

The American love affair with guns makes murder easy. The refusal or inability to do anything is a reflection of the political power of the pro-gun lobby and the obsessive worship of power emanating from the barrel of a gun. America leads the world in gun deaths and that trend is not slowing.

The Hon. Elijah Muhammad, patriarch of the Nation of Islam observes, “ … the country of America displays and practices more savagery than any civilized country on the earth. And all of her educational institutions are not enough to make a man so intelligent and proud of his education and of being an American citizen that he would not practice the same savagery.

“There is no such thing as law and order. The law is disregarded, as though it were thrown in the jungles to be carried out by savage beasts,” he wrote in “Savagery of America,” a chapter in his monumental book, “The Fall of America,” published in 1973.

“It has become such a country that the civilized man of intelligence and decency is afraid to walk the streets of the vast towns and cities of America. He would be more secure in the jungles, around and in the midst of wild beasts, than to be walking in the streets of these great cities in America after night,” he adds.

The problem is not the political or social systems of America. The problem remains the nature of Caucasian people, whether we want to admit and accept that or not. There is something in the nature of White people that has made them the number one killers on the planet—whether you are talking about the Original People, plant life, animal life or the life of the environment.

They cannot live with one another in peace and certainly cannot live with us in peace. And we cannot live in peace with one another so long as we think, operate and act in their murderous image and likeness. Our killing of one another, a people haunted by a genocidal assault, is shameful and displeases a God who came to seek and to save us from our open enemy. That God is on the scene today, so teaches the Hon. Elijah Muhammad and the Honorable Minister Louis Farrakhan, and we should fly to Him for refuge.

“By no means are the so-called Negroes and the Whites kin. God did not create them to ever become brothers. One is created an enemy against the other, and since the righteous are more powerful than the wicked, Allah, the God of righteous, set a time of reckoning for the enemy (the White man) of the righteous,” the Hon. Elijah Muhammad emphatically declares in “Message to the Blackman in America,” another of his books published in 1965. “We want separation. We want a home on this earth we can call our own. We want to go for self and leave the enemy who has been sentenced to death by Allah (Rev. 20:10-14) from the day he was created (See this subject in the Bible and Qur’an). No one, White, Black, brown, yellow or red can prove to me by any scriptures of Allah (God) sent by one of the prophets of Allah (God) that we should not be separated from the White race, that we should believe and follow the religion dictated, shaped and formed by the theologians of the White race.

“The coming of Allah and the judgment of the wicked world is made clear by the prophetic sayings of the Prophets. The so-called reverends and the proud intellectual class are doomed to destruction with the enemy, if they remain with him instead of joining onto Allah, Who loves them and Who will deliver them and the Nation of Islam,” he writes.

Accept divine guidance and live or risk living in a country that is killing you and itself and die.