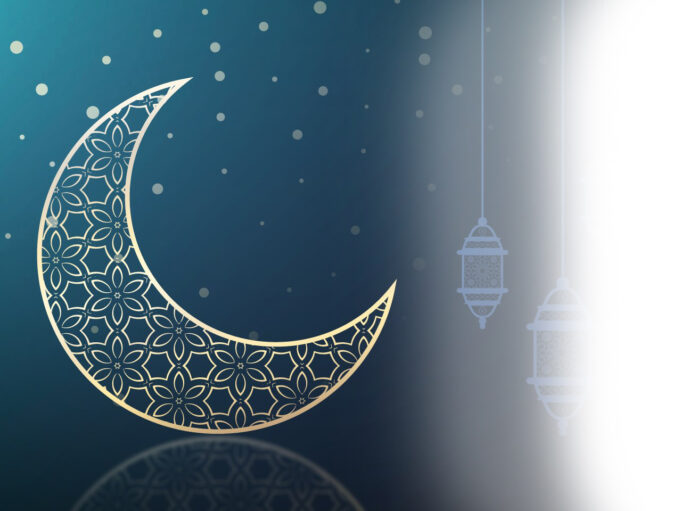 CHICAGO—Eid Mubarak! This term which means “Blessed feast, festival,” can be heard used all over the world by Muslims commemorating the end of Ramadan, the Muslim month of fasting and prayer.

The Nation of Islam’s flagship mosque, Mosque Maryam, began Eid celebrations May 13 with a special khutbah, or sermon, delivered by Sultan Rahman Muhammad, National Student Imam of the Nation of Islam.

Keeping in line with Covid-19 social distancing restrictions, attendance was limited, however, the special message could be viewed via webcast at noi.org.

During his address, Imam Muhammad stressed that, Allah (God) is forgiving and merciful. The first 10 days of Ramadan are mercy; the second 10 days are forgiveness; and the last 10 days are salvation.

Further along in his message, the imam stated, “We have gained a new habit and purification of self throughout the year. For Ramadan should be perpetual. Ramadan, the Honorable Elijah Muhammad stated, is that we fast Ramadan until evil is vanquished from the planet.

He continued, “So if we do not rise, brothers and sisters, above emotion in our heedless habits into the thinking of God, we will be deceived by the enemy to give up our true power and the throne we are destined to inherit.”

Sister Mareshah Muhammad said, “Ramadan is always such a peaceful time but this one was probably the most joyful even amid a global crisis. The khutbah today was a reminder of why we do the fast. The idea of knowing that we’re nothing without the God, and His intention of coming for us was to make us more than what we were before.

That’s been my personal experience this Ramadan, I feel so much more equipped to withstand and have control over self. The imam’s words were a wonderful reminder of carrying that discipline beyond the Holy month.”

“My reflection on today’s khutbah was a reminder of how we are to be closer to Allah and how Ramadan boosts that for us. I’m very inspired to continue with the very same spirit of Ramadan,” added Sister Talibah Karriemah.

This Eid’s khutbah was Brother Cedric 3X’s first experience. This is what he shared: “By the grace of Allah, I was definitely fed, the Brother Imam Sultan gave me something I had never heard. When he stated that the Honorable Elijah Muhammad said fasting is until the planet is rid of evil, the first planet is self, so the ridding of evil within yourself and then outside of yourself. It’s a blessing to be with the community, the Believers, feel that energy, that love, that harmony, the spirit of Allah in the room. I thank Allah for being here.”

“It was very inspiring to be amongst the Believers with all that’s going on in the world and Allah still allowing us to be together,” said Brother Daniel 8X.

“Excellent as always. The imam, we love him so much because he takes emphasis on trying to teach us the history of Islam. We certainly appreciate him. It’s a reminder to us that we, who love the Minister, we’re striving to be upright and we can reform ourselves and be a good part of this community,” commented Brother Yusuf Muhammad.

Brother Jesse F. X said, “The khutbah was beautiful. Imam Sultan Rahman Muhammad kept us focused on the mission and purpose of Ramadan. He tuned in on the crisis in the Middle East, and he tuned in on the prayer line this morning. We were gifted by the Honorable Minister Louis Farrakhan, he gave us his heart and reminded us of our mission as Muslims. The imam stayed in line with that.”

Imam Muhammad observed, “This Ramadan has been an extremely special Ramadan. Last year we entered Ramadan aware of Covid-19, and it changed in how we view and practice the holy month of Ramadan. The Minister instructed us to enter our chambers, make our homes a place to worship. This year, a special new reality, I have never seen the spirit of the Believers this high during the holy month of Ramadan.”

He continued, “During this month, we have been feeding on the word of Allah and the Honorable Minister Louis Farrakhan and the Most Honorable Elijah Muhammad through an online course that can be accessed at https://muhammadcenter.com/. This course encourages participants to learn to read the Holy Qur’an in our original language, which is Arabic. We’ve had over 100 people complete the course in 11 sessions.

As is tradition, after the khutbah, there were prayers and the Believers and those who visited the mosque were given delicious meals to take with them as part of the celebration.