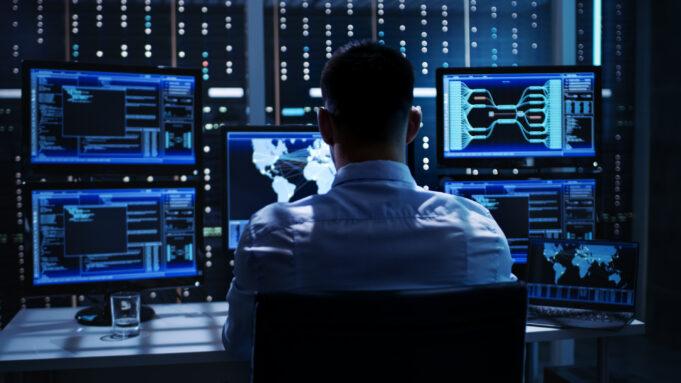 The List? A war on drugs. An advanced FBI spy plane used for surveillance of Baltimore, Md., protests after the death of Freddie Gray after a police encounter in April 2015. A 2017-2019 FBI program focused on the threat of a “Black Identity Extremism movement.” Black elder freedom fighters languishing in prison. Anti-protest laws sweeping America today.

For those who lived through J. Edgar Hoover’s FBI Counterintelligence Program (COINTELPRO) and those who have studied it, these are its children. And the continued U.S. government obsession with controlling and surveillance on today’s Black organizations fighting for justice are its dangerous legacy. Cointelpro 2.0 is the up-to-date, right down to the modern times assault on Black efforts to achieve true justice and freedom—or even to engage in the right to protest.

Akua Njeri was 19-years-old and over eight months pregnant with her son when a police officer pressed a gun to her belly. Then a member of the Black Panther Party, she was present when police raided the Chicago apartment she shared with her fiancé, Fred Hampton, legendary chairman of the Illinois chapter of the Black Panther Party. He was killed in the police raid as was the chapter’s defense captain, Mark Clark.

Fred Hampton and Akua Njeri’s son, Fred Hampton Jr., was born 17 days after what Ms. Njeri described as that “brutal assassination” Dec. 4, 1969. Her son described that day as terrorism.

“December 4, 1969, my birth certificate almost became my death certificate,” he said during a May 10 virtual congressional forum focused on the nefarious federal government assault on Black rights, bodies, minds, hearts, families and groups.

“My prenatal care, as opposed to a doctor’s stethoscope, was Chicago Police Department’s revolver being pressed to my mother’s pregnant belly,” said Fred Hampton Jr., now a grown man and a Chicago-based activist and revolutionary in his own right.

The Academy Award-winning film “Judas and the Black Messiah,” which was about the FBI’s infiltration of the Illinois chapter of the Black Panther Party and the killing of Fred Hampton, opened up the dialogue about Cointelpro and its ongoing iterations.

Rep. Steve Cohen (D-Tenn.), Rep. Bobby Rush (D-Ill.) and Rep. Barbara Lee (D-Calif.) led the May 10 virtual forum on COINTELPRO, where Ms. Njeri and Fred Hampton Jr. spoke via Zoom. Others who spoke were Ericka Huggins, a human rights activist and former Black Panther Party member, Bobby Seale, a political activist and co-founder of the Black Panther Party, Betty Medsger, a reporter for The Washington Post who helped break the story of the existence of COINTELPRO, Michael German, a former FBI special agent now with the Brennan Center for Justice and Nkechi Taifa, civil rights activist, attorney and author of the book “Black Power, Black Lawyer.”

“COINTELPRO was government-sponsored harassment and violence, not law enforcement. The FBI then exported these tactics to police departments across the country. COINTELPRO, as such, may no longer exist, but its impacts are still here. There are people still imprisoned who were targets of the program,” Rep. Cohen said.

“Following the revelation of these programs, Congress examined these programs, most notably with the Church Committee, and policy changes were enacted. But that doesn’t mean all the problems were fixed. We must reform our law enforcement practices and how we address real domestic threats. We must rebuild our criminal justice system so that it is genuinely focused on justice and not, as Michelle Alexander aptly and famously characterized it, ‘The New Jim Crow.’ ”

On May 4, Rep. Rush, a co-founder of the Illinois chapter of the Black Panther Party, introduced the COINTELPRO Full Disclosure Act, which will require federal agencies to publicly release files related to COINTELPRO. The bill would also remove J. Edgar Hoover’s name from the FBI building in Washington, D.C.

“The dark legacy of COINTELPRO remains a stain on our nation, and it is incumbent on those of us in positions of power to get the truth about this program out to the American people. It is also vital to the future of civil rights in our nation,” he said during the forum. “We must pull back the curtain on the FBI’s racially and politically motivated espionage on its own citizens.”

“I was put in the middle of their aggressive surveillance and counterintelligence activities after becoming involved with the Black Panther Party as a community worker. As a community worker, I used my organizational and fundraising skills to help implement the Ten Point Program, which made programs like Free Breakfast for Children possible and paved the way for our own government’s free breakfast plan for low income children,” she said.

“The Ten-Point program embodied many of the progressive goals we are still fighting to achieve today, including equity in education and healthcare; criminal justice reform and ending police brutality; and eliminating food and housing insecurity for the Black community. We cannot allow (the) harmful legacy of COINTELPRO to manifest ever again, nor can it ever be forgotten.”

While political prisoners from the COINTELPRO era have served time for decades, not one person connected to COINTELPRO served time in prison, according to Atty. Taifa. She told The Final Call the two people convicted for COINTELPRO abuses were pardoned before serving time.

Decades after the illegal program, there needs to be systemic accountability to prevent COINTELPRO shapeshifting and morphing into other programs, she warned.

“I think that’s where the accountability comes because it has not stopped. It’s only transformed into new areas and new arenas of harm, all the way down to today and all of the anti-protest laws that are sweeping the states,” she said. “That’s another vestige, as far as I’m concerned, because they’re going to be used disproportionately against Black people and other communities of color.”

The evolution of COINTELPRO

During the forum, Fred Hampton Jr. talked about the present day impact and consequences of COINTELPRO, which he said includes the war on drugs, the war on guns and the war on gangs.

Ericka Huggins said back then, the FBI planted informants, created havoc and often set the stage for murder. Today, she said, the same forces are at work, vilifying, spreading misinformation and destroying the efforts of young people working to create a more just world.

“The names change, but the structure, the scaffolding of the FBI, has not. My dear friends who are connected in some way with Black Lives Matter, which wasn’t at all an organization like the Black Panther Party, but they set up networks, call me often not to complain, but to say, ‘How did you do it? How do you remain hopeful? We are devastated by the amount of surveillance, the stalking, the misrepresentation of what we’re doing,’ ” said Ms. Huggins.

Michael German, who joined the FBI in 1988 but has since left, said after COINTELPRO was exposed, the U.S. Justice Department implemented reforms intended to prevent a reoccurrence. But after 9/11 happened, guidelines were loosened, the Patriot Act was passed and the Foreign Intelligence Surveillance Act was passed.

“Removing requirements for reasonable criminal predicates did not make the FBI more effective in identifying threats,” he said. “It only filled FBI databases with irrelevant data and opened the door to another era of abusive investigations targeting communities based on race, ethnicity, religion and political dissent.”

He became alarmed in the months after 9/11 when language from the COINTELPRO era started creeping back into the FBI. He said the FBI resurrected the practices of former director Hoover, first targeting Arabs and Muslims. But it wasn’t long before the FBI replaced “Black nationalist” with “Black identity extremists,” he said.

“Peace groups, environmental activists, Black Lives Matter leaders and Standing Rock water protectors have all recorded FBI surveillance and repeated harassment at their homes and workplaces by Joint Terrorism Task Force agents,” he said. “Meanwhile, the FBI cannot tell you how many people White supremacists killed last year, because they do not track the violence that these violent criminals perpetrate.”

During the forum, emphasis was placed on elder freedom fighters who remain in prison because of the past.

Police unions and the Fraternal Order of Police consistently advocate against them being released. “You have people like 84-year-old Sundiata Acoli, been in prison nearly 50 years. He’s been in prison 47 years. I mean, come on now, this is like death by incarceration,” she said.

Ms. Taifa, along with the family members of political prisoners and other activists, is pushing for their release. She said some of the political prisoners, such as Dr. Mutulu Shakur and Veronza Bowers, were convicted of federal offenses and would need to be granted a pardon or clemency from the presidential level, while others, such as Sundiata Acoli, were convicted at the state level and would require a governor to grant a pardon or clemency.

“One of the things we are arguing for, the justice reform community, at this stage is what we call categorical clemencies, two categories of people. And I submit people who were victims of the COINTELPRO era as a category. Their cases should be looked at, and they should be granted clemency,” Atty. Taifa said. She also said pardoning needs to be expanded to include people who have been released but are still on parole and people who left the country and can’t return without being thrown in prison.

One point lingering in the background of the congressional conversation was Rep. Rush’s bill to release the COINTELPRO files. Atty. Taifa said a lot of files have been released. She has seen thousands, but the problem is they are heavily redacted. She said part of the Rush bill calls for unredacted files and the public needs to get behind the bill.

Mr. German said strong guidelines, congressional oversight and effective public oversight of the FBI need to be established. “It’s not just these historical records we can’t get. I talked to many members of Congress who asked for simple data from the FBI and can’t get it,” he said.

Atty. Taifa pointed out that the Black Panther Party was not the only group subjected to FBI surveillance. Other groups like the Republic of New Africa and the Nation of Islam were also key subjects of surveillance. It’s important that information about COINTELPRO is out there, she said.

“Open up this casket, and let all of this information, these abuses, this governmental terrorism come out, so that we can be about the task of fashioning ways of and methods of true accountability and redress for these harms from the past that have trickled on down into the present,” she said.