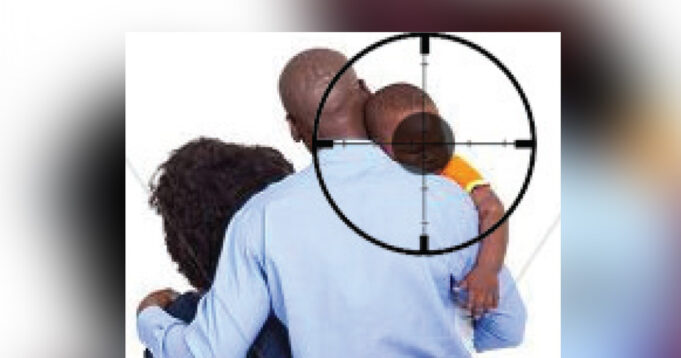 That would mean slaughter, because the vaccine is death itself, warned the Honorable Minister Louis Farrakhan of the Nation of Islam.

“When I look at these documentaries about animal life, the beauty of every creature trying to protect its young, and I look at every mammal, every mother, protecting her offspring from the natural enemy that will take advantage of it in its growing up, its weakest. Satan is like that too,” said Minister Farrakhan, during his remarks concluding the “Covid-19: The Virus and the Vaccine” plenary session held during the Nation of Islam’s annual Saviours’ Day convention in February.

“He wants to put needles in our babies. Tell him: Not today,” stated Min. Farrakhan.

“You say, ‘but there are certain vaccines that are necessary.’ Yes. There are. But we don’t trust you. I think we should pool our resources and get what is necessary for our people, and for others, because we cannot let you use your smile and your smooth words as you’re sticking our children with needles that contain death for them,” Min. Farrakhan continued.

The Food and Drug Administration’s (FDA) emergency use approval of Pfizer’s vaccine for children 12-15 was expected to be announced at Final Call press time. Requests for approval will be made in September for 2- to 5-year-olds and those ages 5-11, according to Pfizer Chairman and CEO Albert Bourla in remarks to shareholders on May 4.

Will parents allow their babies to be guinea pigs?

Nearly a quarter of parents say they definitely will not get their child vaccinated, and one quarter of the parents say they will wait a while to see how the vaccine is working, according to the KFF Covid-19 Vaccine Monitor, which surveyed 2,097 adults over 18 between April 15-29.

“People are starting to wake up. The massive awakening is taking place, and they never intended for there to be a certain level of immunity and then they would cease the vaccine program,” stated Rizza Islam, independent researcher and activist.

“That was never the agenda. The agenda was to create and manipulate a virus, then create the panic, then push the virus onto the people to get rid of the people by making the people believe that it was for their betterment rather than their detriment,” Mr. Islam told The Final Call.

It is critical for parents who do not want their children to be vaccinated to unite with parents of like minds and promote their position, the same way the experimental vaccines are being promoted, he said.

“It has to be made popular; the same way celebrities are making the taking of this experimental shot popular. The opposition has to be just as strong if not stronger than the assault. It has to be broadly known that we do not consent. We do not agree,” said Mr. Islam.

If calculated and if enough parents simply stand up and step up, those who feel the same way will pour out across the country to form a movement, he predicted.

It worked historically throughout Europe regarding earlier vaccine mandates, he noted.

“When (Europeans) disagreed with the laws, they simply took to the streets in a united fashion. And they literally stood against the law because it was an unjust law. And the government literally overturned it because the people, with God backing them, stood against it. It has to happen the same way here in America. If we want there to be an America,” stated Mr. Islam.

BBC News reported, “In the late 19th Century, tens of thousands of people took to the streets in opposition to compulsory smallpox vaccinations. There were arrests, fines and people were even sent to jail.”

The Leicester Anti-Vaccination League was founded in 1869 and a mass protest was held in 1885. The Vaccination Act introduced a “conscientious objection” clause in 1898, meaning those opposed to vaccinations could decline the shot because of moral, religious or ethical concerns.

Unlike today in Washington, D.C., where the City Council overwhelmingly passed a law last November allowing children to be vaccinated without parental consent.

The Orange County Board of Education in Irvine, Calif., voted four to one May 4 against mandatory vaccinations for children, according to a CBS LA news report.

The school board adopted a statement denouncing any effort to curtail parents’ authority after hundreds of parents spoke out at the two recent board meetings, CBS reported.

Irvine is a more White, affluent city. D.C.’s public school system is overwhelmingly Black and Latino and Blacks suffer disproportionately from poverty in the nation’s capital.

“If you want to coerce (people), now you fall under the description of a terrorist under the United States Code of Title 18, subsection five, where you’re using force to get someone to do what it is that you want them to do, and that is illegal,” argued Mr. Islam.

He said critical next steps for every parent are to study the Vaccine Adverse Events Reporting System, which allows self-reporting of injuries and side effects, study the Nuremberg Code mandating people be given informed consent, and require it of any medical, educational, legal, or other professional telling them to take the shot.

The mRNA technology used in the Operation Warp Speed vaccines is an operating system that may be recoded or updated like computer software, according to Moderna, Inc.

“During this time, the level of propaganda is being pushed, and those who were injected, it is now incubating in the body, it is evolving and mutating in the body, and the ability for it to infect other people, through those who have taken the shot is becoming very high,” said Mr. Islam.

“We have to stand up and understand that it does exist and we have to step out on faith. This is the final stand. So there is no other option after this, we have to either step up and make the declaration now that we are not going to stand for this, or we will simply fall into the abyss of hell with all of those who have agreed with Satan,” he said.