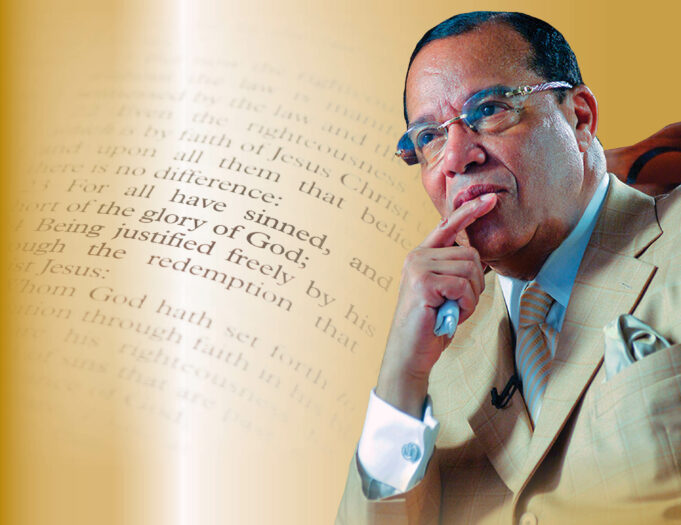 The Criterion (Standard) of Love & Leadership:
Reflections On The Significance of Minister Farrakhan’s 88th Birth Anniversary

On May 11, 1526, the Spanish monarchy issued forth a formal decree forbidding the importing of Muslims into the Western Hemisphere. According to esteemed scholar Sylvianne Diouf:

“After the first slave uprising in the New World, led by the Wolof in 1522, a royal decree of May 11, 1526, specifically forbade the introduction of ‘Gelofes’ (Wolof), Negros (Blacks) from the Levant (or Middle East), those who had been raised with the Moors, and people from Guinea without a special license from the Casa de Contratación, which regulated the slave trade and put levies on the slaves.

All the groups that the decree prohibited were either completely or mostly Muslim. Within fifty years, five decrees were passed to forbid the introduction of African Muslims to the Spanish colonies.

This insistent reissuing of the prohibition shows that Muslims nevertheless continued to arrive and to cause concerns and problems in the New World. The colonists claimed that the Muslims incited the other nations to rebellion, and it was feared that they would take Islam to the Indians.”

It was 407 years later, on May 11, 1933, that a baby boy was born in New York City to parents Sarah Mae Manning and Percival Clark. The baby boy named Louis Eugene Walcott would grow to become known all over the world as the Honorable Minister Louis Farrakhan.

It is even more important to look at Minister Farrakhan’s life through the lens of prophecy.  In truth, it is within the life of Minister Farrakhan wherein we have observed an extraordinary and profound intersection of history, prophecy and current events.

The May 11 historic prohibition against Islam’s entry into the Americas is a component part of the overall enslavement and oppression of Black people throughout the Western Hemisphere, especially in North America. Students of the cyclical nature of historical events bear witness to what the Most Honorable Elijah Muhammad said when he stated that “there is no such thing as a coincidence.”

On this, the 88th anniversary of his birth, we can look at his life and begin to appreciate the fact that the life of Louis Farrakhan is a very significant aspect of Allah’s (God’s) response to Black suffering.

The cornerstone of the Nation of Islam’s theology is that we believe that Allah (God) has heard the cries, the prayers and the woe-filled mourning of the Black man and woman of America, and has intervened in our affairs in the person of Master W. Fard Muhammad. The Bible supports our belief when it states in Exodus 3:7-8:

“And the LORD said, I have surely seen the affliction of my people which are in Egypt, and have heard their cry by reason of their taskmasters; for I know their sorrows; And I am come down to deliver them out of the hand of the Egyptians. …”

As the National Representative of the Most Honorable Elijah Muhammad, Minister Farrakhan has, since 1977, been the foremost in spreading Islam within the Black community as a salvific force that is powerful enough to address and cure the many pathologies that our enslavement and oppression produced among us.

And within this same time period Minister Farrakhan has been the one Black leader that the White power structure has hated the most, and consistently targeted for destruction. This is significant, especially when we consider that there is a fundamental adversarial relationship between the real leaders of the oppressed and the oppressors.

In other words, our heroes are not the heroes of our former slave masters and their children.

The vicious campaign to discredit and malign the noble name and person of the Honorable Minister Louis Farrakhan for over 35 years identifies him as the standard or criterion of Black leadership that reflects Allah’s (God’s) promise to deliver us. Consider some candid unsolicited statements from critics and observers.

“To a great extent, in other words, Farrakhan now is the black leadership—the cutting edge, the storm center, the presence against which others are measured.”  National Review Magazine

“The appearance of Louis Farrakhan at Madison Square Garden on October 7 demonstrated, without doubt that he is now America’s preeminent black leader.” Julius Lester, Journalist & Critic

“Smart and super articulate, Minister Farrakhan is perhaps the best living example of a black man ready, willing and able to ‘tell it like it is’ regarding who is responsible for racism in this country … every black person important enough to be interviewed is asked to condemn Minister Farrakhan… .” Prof. Derrick Bell

“For the first time in African American history; a non-Christian leader is a significant, if not the significant leader within Black America.” Professor Michael Eric Dyson

“I believe Minister Farrakhan is the most important Muslim leader in the world, who can best represent the concerns of the Islamic world to our government.  I have spent countless hours with him.” Jude Wanniski, Advisor President Ronald Reagan

Infamous FBI Director, J. Edgar Hoover wrote that he was working to “prevent the rise of a messiah” among Black people.  For a leading law enforcement official to invoke religious terminology within his descriptions of his counterintelligence program is strange.

It is significant because Messianic leadership brings together in the leader who possesses it, the most desired attributes of both secular and sacred models of leadership. Minister Farrakhan’s life and leadership exemplifies this more than any other public figure. In fact, famous attorney William Kunstler said that in the modern context, Minister Farrakhan is the Messianic Black man that J. Edgar Hoover feared. He noted:

“During his tenure and prior to the murder of Malcolm X, Director Hoover often spoke of the need for preventing the rise in this country of what he called ‘a Black Messiah.’ Today, Minister Farrakhan, in my opinion, would be so considered, placing him in great jeopardy.”

“There is simply no Black person in the world that has—over so many years—been as consistent, as unrestricted, and as forthright in defending the humanity of Black people throughout the world against its attackers.” Prof. Andre C. Willis

“Louis insisted on getting down on his hands and knees on the floor to take my shoes off.  You know, I’m overweight, and it’s a difficult task to get shoes and socks off. And so Louis said, ‘I will do that.’ And I said, “No, no.’ And Louis said, ‘No, I want to do it.’ He took my shoes off and rubbed my feet to get the blood circulating.” Prof. C. Eric Lincoln

I said, “Minister let me just be honest with you. I’m broke. SCLC is broke. We don’t have no money. But if you just help me and loan me a few dollars. In terms of my plight of SCLC. I promise you that I will multiply it and I will pay you back.

“And the Minister looked at me and he said, ‘My brother, you got my attention.’ He said, ‘Just one thing that I want you to realize. I’m going to give you the money that you asked for because I know you mean well and you are going to do what is right to uplift the organization.’ He said, ‘You must realize you can’t pay me back. You just go and be successful with Dr. King’s organization and make it work for our people and I will be proud and I will commend the fact that you had enough motivation to come all the way to Chicago and to share with me your vision and your strategy.’ ” Rev. Charles Steele, SCLC President

Demetric Muhammad is a Memphis-based Nation of Islam student minister, author and member of the NOI Research Team.