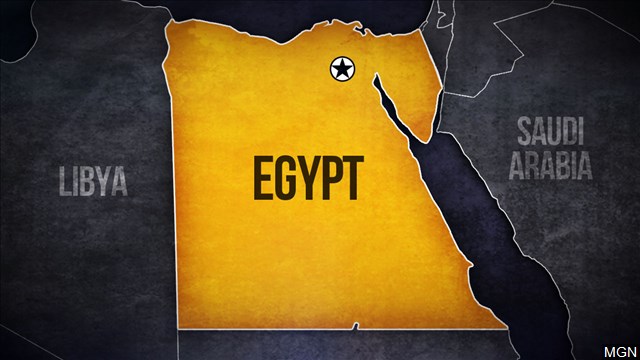 CAIRO—An Egyptian court May 4 rejected an appeal by the owner of a massive container ship of the court-ordered seizure of the vessel over a financial dispute.

Egyptian authorities have impounded the hulking Ever Given, which blocked the Suez Canal for nearly a week in March, halting billions of dollars in maritime commerce.

The Suez Canal Authority said the vessel would not be allowed to leave the country until a compensation amount is settled on with the vessel’s Japanese owner, Shoei Kisen Kaisha Ltd.

A court in the Suez Canal city of Ismailia ordered the seizure of the vessel earlier this month. The Ever Given’s owner filed an appeal on April 22 in hopes of overturning the decision.

The Economic Court of Ismailia on May 5 upheld the seizure decision. There was no immediate comment from the vessel’s owner.

The Suez Canal Authority has demanded $916 million in compensation, according to the UK Club, an insurer of the Ever Given. That amount takes into account the salvage operation, costs of stalled canal traffic and lost transit fees for the week the Ever Given blocked the canal.

Negotiations between the Suez Canal Authority and the shipowner were still ongoing to settle the compensation claim, Shoei Kisen Kaisha Ltd. said last week. The company said it has notified a number of the owners of the approximately 18,000 containers on the ship to assume part of the damages demand. It refused to disclose further details of the negotiations, including the amount covered by insurance and how much it is asking freight owners to share.

The Ever Given was on its way to the Dutch port of Rotterdam on March 23 when it slammed into the bank of a single lane stretch of the canal about 6 kilometers (3.7 miles) north of the southern entrance, near the city of Suez.

A massive salvage effort by a flotilla of tugboats helped by the tides freed the skyscraper-sized, Panama-flagged Ever Given six days later, ending the crisis, and allowing hundreds of waiting ships to pass through the canal.

The blockage of the canal forced some ships to take the long alternate route around the Cape of Good Hope at Africa’s southern tip, requiring additional fuel and other costs. Hundreds of other ships waited in place for the blockage to end.

The shutdown, which raised worries of supply shortages and rising costs for consumers, added strain on the shipping industry, already under pressure from the coronavirus pandemic. (AP)