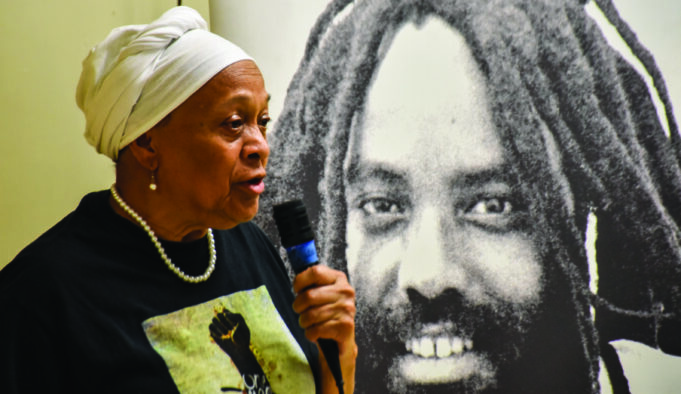 Jamal Journal recently reported the following about the health status of former Black Panther, Move member and U.S. political prisoner Mumia Abu Jamal: “We only know that he has severe blockages of his coronary arteries or coronary artery disease (CAD). Mumia was left incommunicado for at least  three days prompting an international movement to barrage the governor, the secretary of the PA Department of Corrections (PA DOC) and a variety of other targets with the PA DOC.”

The NOI Prison Reform Ministry, Delaware Valley Region was contacted via email with all the available updates and have assured Sister Pam Africa that The Final Call will make sure the word gets out on Mumia’s current health and crisis. Mumia underwent heart surgery on April 19.

Jamal Journal continued: “It is a basic right that a patient be allowed to seek counsel from loved ones, supporters, spiritual advisors and chosen medical counsel. There was no call to family and his medical lawyer has suggested that his location was kept intentionally secret. Mumia has a deeply well-founded distrust of institutions including medical institutions and the behavior of the Pennsylvania Department perpetuates his trauma.”

It was also reported during Mumia’s stay in the hospital that he was shackled to his bed. This writer bears witness to this type of “torturous treatment.” During the early and middle 1980s, when I was incarcerated, I had to get surgery two different times, at both surgeries I was shackled to my bed. It is “torture.”

Before this recent health emergency, Mumia Abu-Jamal was already suffering from Covid-19, congestive heart failure, hypertension, diabetes, liver cirrhosis, and a worsening of a severe and debilitating chronic skin condition. It remains clear that treatment can only go so far in the setting of a prison.

Consider this, when he does go to a hospital, he is painfully shackled in four-point restraints, as happened last month when Mumia was hospitalized for four days with congestive heart failure and Covid-19. The shackling severely aggravated his skin condition and caused multiple open wounds. We are demanding that the shackling be stopped.

Our demands are as follows:

What The Muslims Want Point No. 5 reads:

“We want freedom for all Believers of Islam now held in federal prisons. We want freedom for all Black men and women now under death sentence in innumerable prisons in the North as well as the South. We want every Black man and woman to have the freedom to accept or reject being separated from the slave master’s children and establish a land of their own. We know that the above plan for the solution of the Black and White conflict is the best and only answer to the problem between two people.”

This is the call, FREE THEM ALL!