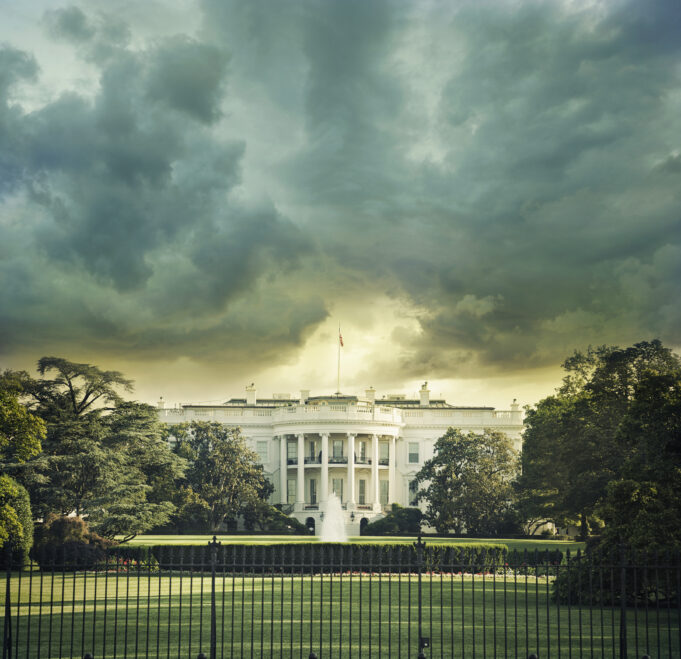 Before a global shutdown ushered in by the Covid-19 pandemic, the Honorable Minister Louis Farrakhan delivered a vital message as the Nation of Islam closed its annual convention in 2020.

The TCF Center in Detroit’s main room and overflow rooms were filled with people. The Minister’s message that day was “The Unraveling of A Great Nation.”

Part of what he said included, “If Satan casts out Satan, how then can his kingdom stand? You, my poor, pitiful brothers and sisters, you are opting to be a part of that that is unraveling right in front of your eyes. You see the country cascading downward. You see the moral fiber of America getting into the gutter.

Who wants a membership in a house of whores? Bought and paid for leaders. Nobody can stand up if the enemy says, ‘you don’t stand up for that.’ Satan is having a field day with America. When you unravel something, you undo twisted, knitted, or woven threads; you investigate and solve or explain something complicated or puzzling.

“The condition of America is puzzling. The world is looking at a country going to hell.”

His words may seem harsh to those who don’t want to face the deep divides in a troubled society. But divine words and plain truths are needed if America has any hope for survival.

She truly needs a healing but such healing cannot come unless she heeds voices that she does not want to hear or respect. The scripture says ancient Babylon could have been saved but she was not. Nineveh, however, accepted the warning and guidance of a servant of Allah (God), went into repentance, donned sackcloth and ashes and was given an extension of time. She heeded a good Warner.

What good are these words and references in scripture yesterday if they don’t provide us with lessons and directions for today? The lessons are there if America would simply heed them.

No divine Warner comes hoping that the ones to whom he is sent reject the message. The divine servant’s hope is that the leaders, the people, the scholars, the poor and the powerful will listen. For listening and acting, in time, open the door to the possibility of mercy from Allah (God.)

America by every measure is in trouble. Despite former President Trump’s braying that he would Make America Great Again, his tenure left the United States worse off.

While President Biden may earnestly hope for leadership that rises above politics and pursues legitimate national interest, that is not happening. Toxic, ego-driven politics backed by the deep pockets of the few, parties that cannot end division, too many personal whims and too few points of integrity have crippled any chance of bi-partisan governance.

As Minister Farrakhan noted, “There’s a verse in the Qur’an, it’s in the 16th Surah, the 92nd verse and it says, ‘Be not like her who unravels her yarn, disintegrating it into pieces, after she has spun it strongly.’ Her here is not talking about a woman, as such, but if you see somebody knitting something, with a design, and they leave it not secured one stitch; and then the same woman who stitched it strongly starts pulling on the yarn that she has knitted until it comes to pieces.

That’s what’s happening to America as we speak. America was not built on a firm foundation. Although the weaving was done strongly, the nation called America was doomed from its inception. How do you build a nation killing the native people? How do you build a nation, bringing a whole people out of Africa to America to be made slaves? This is your foundation, so for them to lie to you, and make you think that America is a land of promise for you, and you believe it; no wonder Jesus said, You shall know the truth and the truth will set you free.”

The truth is mass murder is the order of the day in America. Whether the killings occur in a parking lot in Indianapolis, massage parlors in Atlanta or too many places in between, blood is flowing in America’s streets.

Blacks suffer the trauma of police shootings, police beatings, police insults, police terror on a daily basis. If you are non-White in America your life means nothing. It doesn’t matter if you are handcuffed, face down on a pavement in Minneapolis, stopped for a “minor” traffic violation in the nearby suburb of Brooklyn Center, Minn., or an unarmed 13-year-old Latino in a Chicago alley. Your life means little to “peace officers” in the United States.

Is there no way out? First a way out must be sought. Are Whites in America so hellbent on staying in power that they would rather die than change and deliver justice in this society? Are Blacks and the masses of this country so deceived that they are unwilling to accept a new reality unless it includes those who have dined deliciously on their destruction?

Bmerica as a kingdom has been weighed in the balance and found wanting. Her evil surpasses all the nations of the past subjected to divine judgment, divine chastisement and ultimately divine destruction. The divine pattern of Allah (God) does not change. Those examples of her sister nations yesterday are given to help America see herself and her precarious position today.

Min. Farrakhan said in February 2020, “Look at the scripture, ‘Babylon is fallen, is fallen.’ Substitute America for Babylon. She’s unraveling. America is falling, is falling. Why are you falling America? Because you have become the habitation of devils. A hole for every foul person, a cage for every hateful bird.”