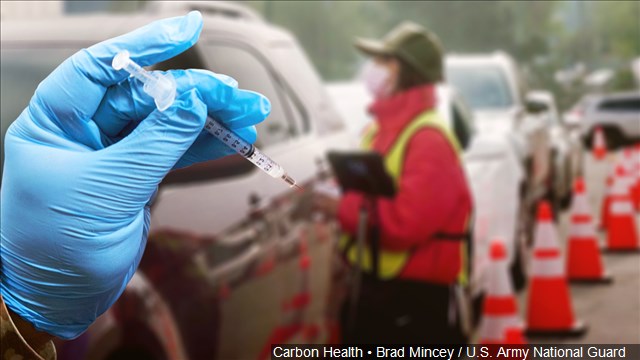 Federal health officials may still recommend use of Johnson & Johnson’s experimental Covid-19 vaccine, despite pausing use due to incidents of severe, rare blood clotting. The United States Centers for Disease Control (CDC) and Food and Drug Administration (FDA) have been reviewing six cases of a type of blood clot which prevents blood from draining out of the brain.

All the cases occurred among White women between the ages of 18 and 48, and symptoms occurred six to 13 days after receiving the Johnson & Johnson vaccination, according to the FDA.

One of the women died. None were pregnant or postpartum; and one was on birth control pills, according to Tom Shimabukuro, M.D. of the CDC’s Covid-19 Vaccine Task Force Vaccine Safety Team. Also, three had obesity; one had hypothyroidism, another hypertension, and another asthma, he reported during an April 15 update for clinicians on early detection and treatment.

“I don’t think it was only six people, and I think that the pause was justified. … Not only could we predict that this would happen, but in the clinical trials, things like this happened, meaning the strokes, the bleeding disorders and the ITP (immune thrombocytopenia) blood clots,” stated Judy Mikovits, who holds a Ph.D., in biochemistry and molecular biology.

“I think the alarm was sounded far earlier, and they’re six we’re told. We know from the Vaccine Adverse Event Reporting System (VAERS) that, in fact, less than one percent of the injuries are reported, so this six could have easily been 600,” Dr. Mikovits told The Final Call.

The CDC and FDA recommended a pause until their investigative process is complete, and that people who have received the Johnson & Johnson vaccine who develop severe headache, abdominal pain, leg pain, or shortness of breath within three weeks after vaccination contact their health care provider. Also, they asked health care providers to report adverse events to VAERS.

Janssen Pharmaceutical Company which owns Johnson & Johnson policy recommendations vary from not using the vaccine at all to recommending it for specific populations based on age or gender (adults 50 years of age and older only, males only, or all adults 18 and over).

Dr. Mikovits stated she is “afraid that a thorough investigation won’t be done.”

“We have no idea the long-term side effects because of this warp speed rush, and then nowhere, ever, have we inoculated everyone,” she continued referring to Operation Warp Speed, the partnership between the Departments of Health and Human Services and Defense to accelerate developments of a Covid-19 vaccine.

“No time in human history has anyone ever been presumed to be sick until proven healthy, and that’s what’s happening right now,” stated Dr. Mikovits.

“It is important that we read and study to make an informed decision regarding our health. Do not let anyone convince you or scare you into taking the experimental therapies,” urged Pauline Muhammad, a licensed family nurse practitioner in Miami. “I know the thought of wanting everything to get back to normal will make us make hasty decisions. Make an informed decision. In the meantime, take care of your health, eat healthy balanced meals, and exercise,” she encouraged.

Over a dozen European countries recently suspended use of Oxford-AstraZeneca’s Covid-19 vaccine due similar blood clotting. The European Union has reported 62 cases of the clotting preventing blood from draining from the brain, and 24 cases of clotting involving one or more abdominal veins. Eighteen were fatal, and most of the cases were in females 60 and older, occurring within two weeks of getting the AstraZeneca vaccine, noted Dr. Shimabukuro.

The United Kingdom had 79 cases of blood clotting, 19 fatal. Fifty-one were female and 28 male, he noted.

Since the European Medicines Agency declared in early April that it found a possible link to very rare cases of unusual blood clots with low blood platelets and AstraZeneca’s Covid-19 vaccine, CureVac, may be approved as an alternative drug soon.

The mRNA vaccine developer CureVac has already started vaccine production, according to Fierce Pharma. The digital media publication reports that CureVac has started a rolling review process for its two-dose vaccine with the European Medicines Agency, and plans to release late-stage trial results in the coming weeks.

“Quite frankly, we’re still in a phase three clinical trial, so that’s the risk that people are taking, and that’s okay. But, we’re still in a discovery phase and science always is discovering,” said Dr. Reuben Warren, director of the Tuskegee University National Center for Bioethics in Research and Health Care. He thanks God for what’s come out and feels the reports will help inform people’s decisions about whether they want to be vaccinated or not, and the risks they face.

Meanwhile, he feels economics undergirds Pfizer CEO Albert Bourla’s recent comments that people will need a third dose of its vaccine within 12 months and an annual booster.

Mr. Bourla made the remarks on April 15, according to a CNBC news report.

One dose of Pfizer’s Covid-19 vaccine at “pandemic pricing” costs $19.50, but a normal price ranged from $150 to $175 per dose, according to a March 15 online report by Managed Healthcare Executive.

No redress for injuries and targeting Blacks via HBCUs

Despite the reported injuries, there is little to nothing or no place people can go for relief.

“The largest lobby in Washington, D.C. is the pharmaceutical industry. It owns both parties.  It should not surprise us that the government wasted no time giving these companies immunity from lawsuits over injuries and death caused by medical countermeasures for Covid-19:  vaccines, therapeutics and respiratory devices (ventilators),” wrote Student Minister Ava Muhammad, national spokesperson for the Honorable Minister Louis Farrakhan and the Nation of Islam in her two-part series, published in The Final Call, entitled “The Covid-19 Vaccine and the U.S. policy of depopulation.”

It goes so far as to prevent anyone harmed by a Covid-19 vaccine from using the 1986 Vaccine Injury Compensation Program to seek some little relief from the government, the article continued.

“This blanket protection under the PREP Act went into effect February 4, 2020, before most of the public was even aware of Covid-19.  The World Health Organization did not declare Covid-19 a pandemic until one month later, on March 11.  Dr. Ameet Sarpatwari of the Center for Bioethics at Harvard Medical School called the action “an extreme departure from the norms,” continued Student Min. Muhammad.

Bloomberg Law reports that attorneys view protections for Johnson & Johnson, AstraZeneca, and other Covid-19 vaccine makers from liability for adverse reactions on recipients as a boon for medical innovation and shielding companies from being sued is one way to encourage manufacturers to get involved in producing the Covid-19 vaccine.

“They are using a familiar face to gain the trust of the community to take this vaccine. … They are using the Black churches and Black organizations, which may mean well, but are being used to push their agenda. We are blinded by money, fame, and attention,” argued  nurse practitioner Pauline Muhammad.

“When the vaccines are all administered it will be business as usual. Where was this money for the health of the community with diabetes, hypertension, cardiovascular disease, and other illnesses? Where was this attention for the Black community when we lack access to proper healthcare? The focus should be on the total health of the community, opening up community gardens, and teaching proper nutrition, exercise, and provide trusted access to healthcare,” she added.

Yaa Simpson, a Chicago-based community epidemiologist, is not against the funding for Black colleges. But, get the money and do the right thing and tell the truth, she said.

“Tell what it is you’re doing and be transparent. We can always ask them, ‘Do you believe that this is the way to go?’” she said. However, the schools should be clear that they’re not going to be 100 percent correct for everybody.

“That won’t be everybody’s belief and nor will it help everybody. The 100 percent piece is oxygen, good air, good food, good water, like we would say, in the Nation of Islam, Eat to Live,” said Ms. Simpson.

The Final Call reached out to spokespersons for each of the universities for interviews, but none were granted at press time.

For Ms. Simpson, it’s also about balancing what people are breathing, how they’re sleeping, and what they are taking, she said. “We may not agree with the vaccine therapies, but we have to agree that something needs to be done. So, we’ll come up with our own,” she said, referring to the Paximune Alpha Interferon therapy recommended by Dr. Abdul Alim Muhammad, founder of the Abundant Life Health Attainment Center in Washington, D.C.

“He’s not widely promoted, and there’s not wide uptake of that. But why not?” questioned Ms. Simpson. She said Dr. Alim Muhammad’s efficacy and safety data is just as good and wonders why he isn’t offered as much of an option as Pfizer, Moderna, or Johnson & Johnson?

“That’s what I want these Black people who are at these universities promoting—what it is that could be good for us as well, not just because we’re Black, but because it’s the right thing to do for Black people,” emphasized Ms. Simpson.

“You know damn well they weren’t working for us before, and I don’t think that mindset has changed. I think that the urgency of what they can get out of it has changed. We are good guinea pigs,” she said.