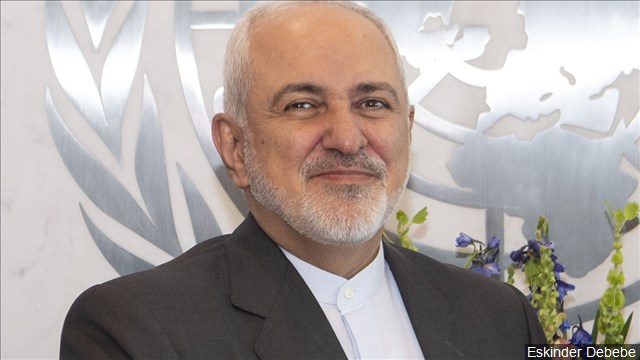 Iranian Foreign Minister Mohammad Javad Zarif has met with top Turkmen officials in Ashgabat, where they discussed the latest regional and bilateral developments.

Mr. Zarif, concluding his Central Asian tour, met on April 8 with his Turkmen counterpart, Rasit Meredow, during which he praised Tehran-Ashgabat political, economic and cultural relations as positive.

The Iranian foreign minister underlined the necessity of boosting the two countries’ environmental ties, especially with regard to the Caspian Sea, as well as bilateral cooperation in transportation.

Mr. Meredow, for his part, stressed the importance of bilateral relations, pointed to the achievements of such ties in different fields, and underscored the need to materialize the available potential in order to expand all-out ties and hold the next round of the joint commission on economic cooperation.

The peace process in Afghanistan, cooperation in regional and international organizations and multilateral cooperation in the region were among other topics discussed by the two foreign ministers.

During the meeting, Zarif stressed the importance of ties between the two neighboring countries.

For his part, Mr. Berdimuhamedow voiced his support for bilateral ties in political, economic and cultural spheres.

He also highlighted his country’s determination to expand bilateral relations.

Mr. Zarif visited Uzbekistan, Kyrgyzstan and Kazakhstan before heading to Turkmenistan as the last leg of his tour aimed at enhancing bilateral and regional cooperation.

In a tweet on April 8th Zarif wrote that he concluded his Central Asian tour with a “superb” visit to Turkmenistan.

He also said Central Asian nations are not just neighbors, but they are also kin. (PressTV.com)