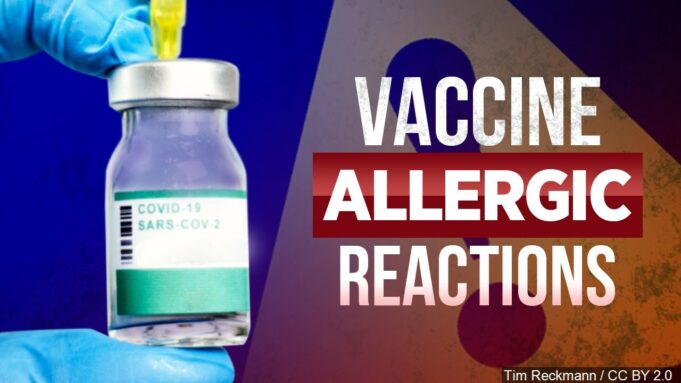 Still feel safe and protected from catching Covid-19 after taking the experimental vaccine? Consider the 144 people in Michigan who tested positive after being fully vaccinated.

Pfizer and Moderna have admitted their vaccines do not protect people from getting the virus or spreading it, but say they prevent severe illness or hospitalization.

The science is not being openly and clearly articulated, said Dr. Reuben Warren, director of the Tuskegee University National Center for Bioethics in Research and Health Care.

“As I understand the vaccine does not prevent infection, it reduces the severity of the infection. That’s a very important point because it doesn’t say we shouldn’t continue the preventive strategies of wearing the masks, washing your hands, and appropriate physical distancing, and not gathering in large numbers,” Dr. Warren told The Final Call.

“People are getting vaccinations confused with the preventive services. Those things are separate, and they should continue on regularly,” he added.

The 144 in Michigan are people who tested positive 14 or more days after they took their last dose of the vaccine, according to a statement attributed to Bob Wheaton, public information officer for the Michigan Department of Health and Human Services, by NBC News 25.

Some may ultimately be excluded from that list due to continuing to test positive from a recent infection prior to being fully vaccinated, said Mr. Wheaton, according to NBC News.

Dr. Warren’s caution comes amid reports that some states with recently loosened restrictions are seeing an uptick in infections.

Cases in Connecticut have been increasing gradually, said Gov. Ned Lamont on March 29, according to Patch News’ Rich Scinto. Coronavirus hospitalizations rose by 42 patients over the previous weekend up to 498, the highest total since Feb. 22, he wrote.

“People need to remember you can still get very severe [COVID-19] even in your 20s and 30s and 40s,” said Josh Geballe, chief operating officer, Connecticut Department of Public Health, according to the news report. “You’re not invincible,” stated Mr. Geballe.

Connecticut ranked fourth in the country for the highest infection rate, according to The New York Times March 31 coronavirus tracker.

Michigan led the country in recent cases per capita and the number of hospitalized coronavirus patients more than doubled in two weeks. New York, third, and New Jersey, second, have continued to report increases in Covid-19 cases.

Claims of vaccine safety and efficacy may mean little for those who have died or were seriously or  severely injured after taking the shots, or their loved ones.

James Bussel, M.D., professor emeritus of pediatrics at Weill Cornell Medical College in New York City, and colleagues reviewed 20 reports of the disorder after taking the Pfizer and Moderna Covid-19 vaccines in the U.S., and found 17 of the patients did not have pre-existing thrombocytopenia (or low blood platelet counts), according to MedPage Today. The medical news service provides news and free continuing education to healthcare professionals. Patients’ median age was 41 and 11 were women, it reported.

Richard Terrell of Virginia developed a severe rash and was admitted to the hospital for five days after getting the one-shot Johnson & Johnson vaccine, and his doctors believe it was a direct result of the shot, according to a report by Talya Cunningham and released on Nextar NewsWire.

He said the value of clinical trials is that it takes time to see the impact of any medical device, any drug, or medication, so the discovery phase is still in effect.

“Let’s be real clear: we’re still in the emergency use authorization from the FDA (Food and Drug Administration), which is different than full authorization. And we haven’t had time, or the appropriate kind of analysis to talk about long term impact, or full approval. We’re still learning. The science is still evolving, so we need to be clear to the community about that,” continued Dr. Warren.

Meanwhile, some European countries recently suspended use of AstraZeneca’s vaccine due to blood clotting which has led to deaths and severe injuries.

At least 30 people in the United Kingdom experienced rare types of blood clots after receiving the Oxford-AstraZeneca vaccine, according to the country’s medicines regulator, CNN reported. The regulator said it was too early to know whether the shot itself triggered the clots, said the April 2 CNN report.

According to the Medicines and Healthcare products Regulatory Agency, there were 22 reports of cerebral venous sinus thrombosis, where clotting forms in the sinuses that drain blood from the brain, and eight other reports of thrombosis, out of a total of 15.8 million people who had been given at least one dose of the vaccine by March 21, according to a CNN article by Angela Dewan and Richard Allen Greene.

A breakdown of data showed four people had died, but the agency did not immediately respond to CNN’s questions to confirm whether there had been fatalities.

“But more and more reports of blood clots from different countries are dripping in, particularly in Europe, where the AstraZeneca vaccine is widely used. Some countries are choosing to suspend the vaccine altogether, while others have limited its use to certain age groups,” the article said.

The UK did not halt distribution of the vaccine.

According to CNN’s report, Germany said it would limit the vaccine to people over the age of 60 after 31 reports of cerebral venous sinus thrombosis, which causes clotting in the sinuses.

Reuters reported from German’s medicines regulator that 29 of the 31 of those impacted were women age 20 to 63, and nine of the patients died, according to CNN. As of March 30, Norway reported three deaths in people who experienced a combination of blood clotting, low platelet count and hemorrhaging three to 14 days after receiving the vaccine.

Doctors and researchers aren’t sure of the scientific reason behind the blood clots and the AstraZeneca vaccine, so it’s unclear if some countries will halt it completely, commented Jabril Muhammad, who holds a Ph.D. in human genetics.