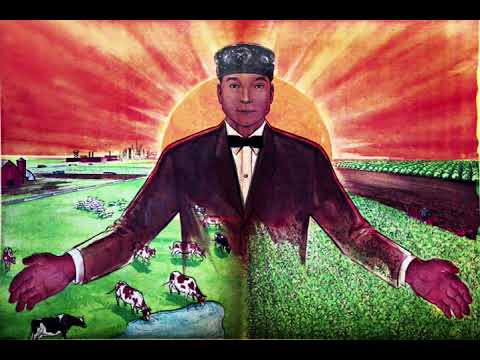 Men everywhere are seeking unity among themselves. Every race of people want unity with their own kind first, except my people, the so-called Negro in America. Our condition and lack of love for ourselves must be attributed to the slave-master. He has been our teacher until the coming of Almighty God, Allah. The slave-master has robbed my people of their God, religion, name, language and culture.

The worst kind of crime has been committed against us, for we were robbed of our desire to even want to think and do for ourselves. We are often pictured by the slave-master as a lazy and trifling people who are without thoughts of advancement. I say, this is a condition which the slave-master very cleverly wanted and created within and among the so-called Negroes.

Robert H. Kinzer and Edward Sagarin, in their book, “The Negro in American Business” (page 81), states that the history of America would be different today if the slaves freed from bondage had been given, in addition to the three amendments to the Constitution, the famous “forty acres and a mule.”

The slaves instead started not only without land and the money to purchase it but with few avenues open to earn and save money. Ownership of producing land is a prime and necessary part of freedom. A people cannot exist freely without land, and the so-called Negro in America is evidence of that fact. The slave-master passed laws limiting the so-called Negro in land ownership or limiting the areas in which such purchases or even rentals could be made. Are you not left restricted to the poorer sections the slave-master is abandoning throughout America?

Again, Mr. Kinzer and Mr. Sagarin gave a hint in their book of the great psychological strategy of the slave-master on his slave—that is the original brainwash. On page 84, the authors state that the land sold to the ex-slave was of poor quality and in an inferior location. They state the so-called Negro faced presure against his becoming a farm owner and pressure from the White community that he remain a tenant. We encountered credit difficulties, hardships of repayment of loans and hardship with White executives from whom the loans must be asked.

All of this is part of the clever plan to discourage my people from wanting to own producing land for themselves and to cause a great dislike within them for having anything to do with tilling, cultivating, extracting and producing for themselves as other free and independent people. It is a shame! This shows you and I what White America is to us and just why we have not been able to do anything worthwhile for self. They want us to be helpless so they can mistreat us as always. We must come together and unite. It is time.

I think it is a disgrace for us to be satisfied with only a servant’s part. We should and must, as other people, want for ourselves what other civilized nations have! Let us do for ourselves that which we are begging the slave-master to do for us. Do not be fooled by the false promise of civil rights and the softening of their language. It is offered to you now to keep you from becoming free of their evil plans of depriving you of the offer made to us by Allah—if we would submit to Him, He will set us in heaven at once. It is only justice that we be given land and provisions for a start so we may do for ourselves. This what the other new emerging nations are given. We want good productive land, not earth that is scorched but land that will produce crops and hold foundations for structures.

Let us make this clear. I am not begging. For, it pleases Allah, He will give us a home, and I am with Him. Today, according to Allah’s Word, we are living in a time of the great separation of the Blacks and the Whites. The prophecy—400 years of slavery—as to the time the so-called Negroes would serve White people ended in 1955. The so-called Negroes must return to their own. The separation would be a blessing for both sides. It was the only solution, according to the Bible, for Israel and the Egyptians. It will prove to be the only solution for America and her slaves.