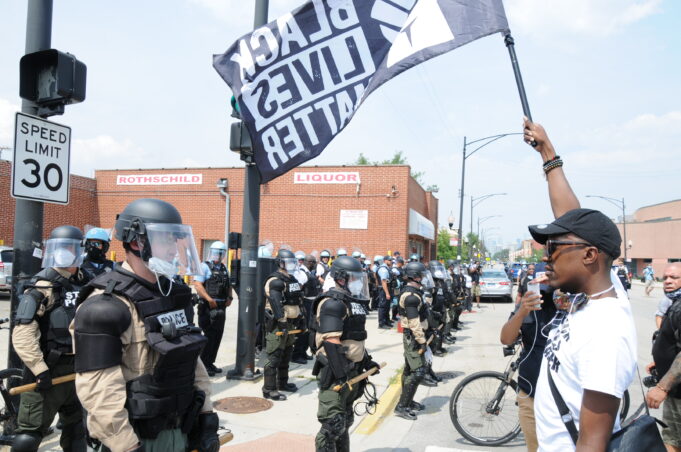 With the Covid-19 pandemic providing fertile ground for the resurgence of racism and discrimination, the head of the UN’s educational and cultural agency, UNESCO, called on March 22 for countries to stand united in what she described as “these testing times.”

“This poison is insidious, it’s far-reaching; it’s ever ready to rear its head again, as we’ve seen over the last months. And this poison requires us to make a collective commitment,” she said, speaking in French.

The pandemic has also exposed inequalities that are deeply rooted in discrimination, a subject the UN High Commissioner for Human Rights, Michelle Bachelet, highlighted in her keynote address to the online forum.

She said decades of unequal health care and inadequate living conditions have resulted in disproportionate health impacts and death among people of African descent, ethnic minorities, and other marginalized groups.

Discrimination is at the core of many, if not all, human rights violations, she added.

“So, it is clear to me that addressing the challenge of racial discrimination, and the social and economic inequality founded in it, is a very important way to recover better from this crisis: to recovering to societies that are truly and sustainably more equal, resilient and just,” she said.

The Academy Award-winning actor Forest Whitaker, a UNESCO Special Envoy for Peace and Reconciliation, shared his experience as an African American who grew up in an era of violent arbitrary arrests, segregated schools “and countless other humiliating injustices.”  Yet, just eight years ago he was stopped and searched for no reason while at a market.

UNESCO is working to make these changes a reality as Ms. Azoulay outlined in her address, stating that fighting racism is part of its DNA and history.

The UN agency has been acting chiefly in the area of education, and in media and information literacy, teaching people critical skills that can be used to counter hate speech.

UNESCO programs, including a project on the Transatlantic slave route, help to improve knowledge about this dark period in history while also contributing to understanding of contemporary inequalities.

Ms. Azoulay further revealed that the agency is also helping to develop awareness and policies around “even the most insidious forms of racism,” such as biases in algorithms used in Artificial Intelligence.

“We do know the paths we must take,” she said, this time speaking in English.  “Now we must take action together to fight the construct of racism, to develop anti-racist policies, to fight stereotypes, to foster diversity.” (UN News)