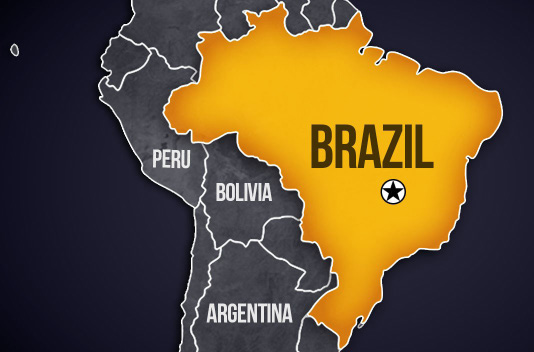 BRASILIA, Brazil—A potential clash is looming in northern Brazil between the Munduruku people and mining prospectors armed with rifles and handguns who have intruded into Indigenous lands in the Tapajos River basin of Para state, federal prosecutors warned in late March.

Officials in the Federal Prosecutor’s Office in Para told The Associated Press that the Munduruku community is prepared to defend its land but is also asking for help. The prosecutors agreed to discuss the situation only if not quoted by name, citing security concerns.

The federal Public Ministry has requested reinforcements for federal forces in the region, but says “nothing has been done so far.” There was no immediate comment from Funai, the federal agency responsible for Indigenous groups.

The Public Ministry has been receiving images from the Indigenous people themselves who “are asking for help,” one official in the prosecutor’s office said in a phone interview. “They prefer to resolve their conflicts by themselves, but this time they are turning to us.”

Videos and photos show an attempt to negotiate by the two sides and also a helicopter flying over the site. Prosecutors believe the aircraft is helping the miners monitor for government enforcement agents. Indigenous people are also pictured trying to disembark from boats but being stopped.

According to one of the reports heard by AP, the Munduruku have about 80 fighters. The number of miners, however, is much larger, prosecutors said. (AP)