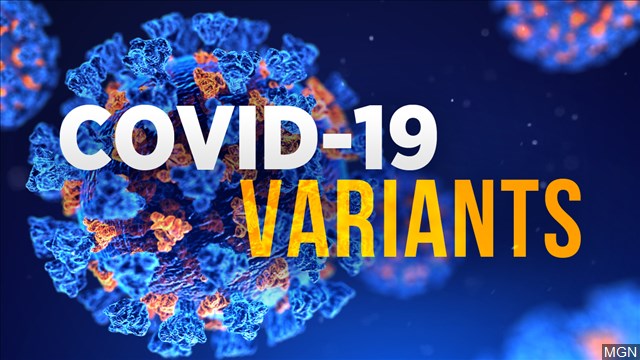 Just when California residents thought it was safe to go out amid loosened restrictions, the Centers for Disease Control and Prevention (CDC) announced two coronavirus “variants of concern” were first detected in the Sunshine State.

The variants labeled B.1.427 and B.1.429 cause more severe disease (increased hospitalizations or deaths), are 20 percent more transmissible between humans, require different treatments, and change the effectiveness of current vaccines, according to the CDC.

It’s important to understand that variants popping up are not rare instances but actually should be predicted, because RNA viruses are known to mutate at increasing rates, stated Dr. Jabril Johnson.

“To find a virus that we’ve just come in contact with, as far as this new variant to SARS-CoV-2, we don’t know much about it. Therefore, as the virus is learning, we are learning and the virus is learning to overcome obstacles that it’s being faced with, such as certain treatments, overcome certain vaccinations,”

Said Dr. Johnson, a human molecular geneticist and post-doctoral fellow.  He works at the City of Hope Beckman Research Institute under Dr. Rick Kittles, founding director of its Division of Health Equities.

There’s a big difference with the ways these two new variants are more easily transmitted, explained Dr. Johnson, who is also a member of the Nation of Islam’s Covid-19 Task Force.

The virus may be contracted through droplets in the air or aerosolized, but either way, the 20 percent increased transmissibility means it may be able to stay in the air or survive outside of a host longer, he continued.

“Even viral load has a lot to do with it. Because out of coughing and talking, how many viral particles are able to project from your lungs or whatever vehicle it’s using to get into the atmosphere?” Dr. Johnson told The Final Call.

By the end of March through early April it is the UK variant (B117) that will be dominant in the United States, projected CDC Director Rochelle Walensky, during a recent White House briefing.

She reported that so far 4,700 cases of the UK variant have been reported in 50 jurisdictions across the country. In some states including Florida and California, up to 25 percent of these new cases will be the UK variant, she said. Continue to follow safety protocols and guidelines, she urged.

Dr. Walensky did not address during the March 15 briefing whether the Covid-19 vaccines are effective against the California, UK and other variants.

The CDC then announced new guidelines on March 19 permitting children in schools to sit three feet apart in classrooms instead of six feet. The agency said six feet should still be maintained in common areas, such as school lobbies, and when masks can’t be worn, such as when eating, reported AP. Also, students should be kept six feet apart in situations where there are a lot of people talking, cheering or singing, all of which can expel droplets containing the coronavirus.

Randi Weingarten, president of the American Federation of Teachers, said the 1.6 million member union is reviewing the latest research, “but we are concerned this change has been driven by a lack of physical space rather than the hard science on aerosol exposure and transmission,” reported AP.

More is also being learned about the experimental Covid-19 vaccine, including the different side effects reported after people have taken both doses.

A mother of one was among four reported deaths filed by Utah families and their caregivers with the CDC’s Vaccine Adverse Effects Reporting System (VAERS), according to KUTV in Salt Lake City.

Kassidi Kurill’s case stood out because the 39-year-old single mom, who died four days after her second dose of Moderna’s Covid-19 vaccine, was by all accounts healthy, happy, and energetic. Her family said she had no known health problems or pre-existing conditions, but blood tests showed her liver wasn’t functioning, according to KUTV.

“The State Medical Examiner’s office cannot comment on the case because of privacy laws, but spoke to 2News about when an autopsy would provide answers to a family reporting a death post vaccine,” reported KUTV. “Dr. Erik Christensen, Utah’s chief medical examiner, said proving vaccine injury as a cause of death almost never happens,” the news agency continued.

Dr. Christensen said further, reported KUTV, it would be very hard to demonstrate in autopsy that the vaccine caused her death.

An immediate case of anaphylaxis, where a person received the vaccine and died almost instantaneously is the only instance Dr. Christensen said he could think of where vaccine as the cause of death would be seen on an official autopsy report, continued KUTV.

“People are dying, and being gravely injured by the shot,” said Dr. Judy Mikovits, a Ph.D. in biochemistry and molecular biology.

“We are seeing the types of injury that we expected. And once again, because these authorizations are emergency use only, essentially these victims are the experimental animals. These humans who are being coerced without proper informed consent of the dangers are the animal experimentation,” Dr. Mikovits told The Final Call.

Several countries paused the experimental vaccines out of concern from adverse reactions.

More than 20 European countries temporarily suspended use of AstraZeneca’s Covid-19 vaccine over safety concerns after serious cases of clotting and bleeding were reported. The stoppage came after mostly young patients suffered severe clotting disorders and rare types of strokes shortly after receiving the AstraZeneca vaccine, according to the online Science journal published by the American Association for the Advancement of Science.

On March 18, a dozen countries said they would resume vaccinations with the company’s vaccine after the European Medicines Agency said its initial investigation of possible side effects concluded it was “safe and effective,” according to Science. Within hours of the agency’s statement, Germany, France, Italy, Spain, the Netherlands, and at least seven other countries said they would restart vaccinations as early as that day, noted the publication. Many of these countries are also experiencing protests and a third wave of Covid-19 infections, deaths and lockdowns.

Italy, France and Germany were the latest to join the growing list of those suspending the use of AstraZeneca’s coronavirus vaccine over concerns of serious side effects, according to a recent USA Today report. Ireland, the Netherlands, Denmark, Norway, Iceland, and Bulgaria have already stopped using it.

Part of the problem is the Covid-19 vaccine is totally manmade, argued Curtis Cost of vaccinesaredangerous.com and author of the book “Vaccines Are Dangerous—A Warning to the Global Community.” He is a longtime vaccine researcher and researcher with Children’s Health Defense, a nonprofit advocacy organization founded by Attorney Robert F. Kennedy Jr.

“What it’s supposed to do is to mandate your cells to reproduce more of this artificial, genetically engineered material. And the thing is, once that starts, there’s no off button!” Mr. Cost told The Final Call.

“It’s going to continually stimulate your body to produce this genetic material, and then it won’t be limited to a few organs in your body. It’s going to infiltrate all of your cells, all your organs. … We don’t know what new cancers nor new tumors this is going to cause,” he said.